In her role as the incomparable Aretha Franklin, Jennifer Hudson embodies the style, grace and monumental genius of one of the world’s most iconic artists. For EBONY’s September cover, she serves equally epic fall fashion in head-turning glamourous looks inspired by some of the Queen of Soul’s classic songs including A Rose is Still A Rose, Still Waters Run Deep, Sparkle, Angel and Young, Gifted & Black– for which she dons a custom two-piece look by burgeoning Black designer Bishme Cromartie (the Project Runway Season 17 alum who has created looks for Lizzo, Ari Lennox and Leslie Jones, to name a few).Additionally, Hudson also wears a selection of fall runway designs from top global labels including Oscar de la Renta, Iris Van Herpen, Dolce & Gabbana and Cong Tri.

“The September issue is one of the most important in the publishing world and,as this is our first  out of the gate since the relaunch, we had to go big! Jennifer Hudson is one of the most important artists of our generation and, in RESPECT, she plays the role of one of the greatest and most influential artists of all time of any genre,” said Marielle Bobo, Editor-in-Chief and Senior Vice President of Programming, EBONY.  “For the cover, we really wanted to use fashion to tell that story, to convey the importance of this moment and I think we were really able to illustrate and capture the boldness and the brilliance of both of these incredible artists.”

For the cover story, Hudson talks to journalist, content creator and personality Danielle Young about the responsibility of taking on the role of the Queen of Soul, how the experience of playing such an iconic figure in music inspires her to move forward in her own career and the importance of self-care.

On that front, the September cover story will be complemented by a series of ancillary editorial content and video packages. Highlights include: exclusive interviews with celebrity stylist Micah McDonald, RESPECT scriptwriter Tracy Scott Wilson, the movie’s Hair Department Head Lawrence Davis and Costume Designer Clint Ramos who talk about recreating Ms. Franklin’s iconic looks for the film. The packages will also include a one-on-one video interview with Jennifer Hudson and EBONY CEO Michele Ghee as well as a photo retrospective highlighting Aretha Franklin’s most legendary fashion looks.

“Beyond the cover, we also  really wanted to shine a light on the Black designers, stylists, and hair and make-up artists that bring everything to life and who are paving the way for a new generation of creatives in fashion,” Bobo continued. “This September digital issue is a comprehensive look at Black creativity and brilliance as seen through the lens of fashion.”

On the Divine Moment of Portraying Aretha Franklin:

“All I can say is that it’s God. I can’t say that I necessarily know, but I know when I’m there, especially with this particular project. It really hit close to home. It was led by real emotion that came from a real place.”

“Within my artistry, I go places that not everyone wants to go, [places] not everyone can handle, so it can be intimidating. It could be scary. And I think, at times, that’s the fear in people.”

“I feel as though I’m telling her story through my own pain. I don’t think I would have been able to do this when we first had a conversation about it. I needed to live. I needed to have my own experiences. Every tear, every emotion—it costs, so I [made sure to handle the role with care].”

“I know we all have respect for Aretha Franklin, but by the time we get to the end of this film, I want them to have a newfound respect for her.”

“I’m in a space where I’m all about self-care, and I feel like if folks don’t get it at this point, honey!”

“I’m one of those people—always concerned [about] everybody else. But now, I’m almost 40 years old…I’ve done did everything that’s been asked of me. So whether folks like it or not, it’s my turn now. I’ve turned into a self-care therapist. I’m on a journey to consider me…to please myself.”

“You don’t realize how much of a stranger you are to yourself until you [spend] time with yourself.”

One of the biggest, boldest, and brightest voices in contemporary music, Jennifer Hudson stands alone. Not only is she a two-time GRAMMY® Award winner and best-selling author, but she has received an Academy® Award, a Golden Globe®, and countless other honors as an actress. Her self-titled 2008 debut Jennifer Hudson earned a platinum certification, the 2011 follow-up I Remember Me went gold, and 2014’s JHUD drew a GRAMMY® nod. She has starred in films ranging from Dreamgirls and Sex and the City to Chi-Raq and Sing, in addition to taking over Broadway in The Color Purple, for which the soundtrack garnered Hudson another Grammy win. Along the way, she became a best-selling author and served as a coach on The Voice UK and U.S.  In 2019, she appeared as Grizabella in the big-screen adaptation of Cats, and she also contributed “I’ll Fight” to the critically acclaimed documentary RBG, garnering an Academy® Award nomination. In 2021, she stars as Aretha Franklin in director Liesl Tommy’s highly anticipated biopic Respect, of which she is also an executive producer. Franklin personally chose Hudson to star. She will be releasing new music soon.

Now in its 75th year, EBONY continues to be the leading authority for all facets of Black life – staying rooted as an anchor of Black culture. Under new ownership and leadership, the rebirth of EBONY signals the evolution of the beloved publication as a 21st century digital media brand with a focus on creating exceptional content and experiences illuminating the Black perspective.

EBONY is a property of 1145 Holdings LLC and Media 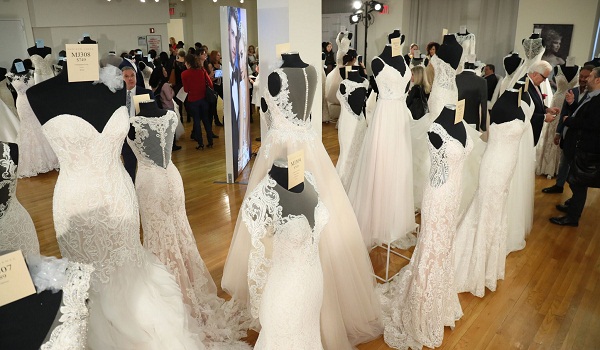