Europiana Encore features six brand-new tracks including the recent single ‘”You Don’t Have To Say You Love Me/ Io Che Non Vivo Senza Te (Medley)”; synth driven, heartfelt banger “Dancing Through The Rain”; the dance floor swagger of “Late Night” and the funk filled “Why Not”. Full track list is below. “The same way you don’t want the night to end, I don’t want this Europiana journey to end. More than a repack, Europiana Encore is the sequel,” Jack says of the album.

“You Don’t Have To Say You Love Me/ Io Che Non Vivo Senza Te (Medley)”, is an epic piano driven reworking of the 1965 Italian classic ‘Io che non vivo senza te’ originally by Pino Donaggio and Vito Pallavicini. A beautiful song, soaked in stunning strings and brimming with horns, the track was a global hit for Dusty Springfield, with her English speaking version in 1966. Jack’s is the very first bi-lingual version of the track- watch him perform the song live filmed at The Pool Studio in London HERE.

“This single is a celebration of European music reaching a wider audience and this was the first example of that really happening in popular music,” says Jack of the track. “I wanted to honor that. It is the perfect example of the Italian and English languages combining to make magic.”

Coming off his spring UK headline tour which was his first chance to celebrate Europiana live, Jack also plays a host of festivals this summer and continues his tour throughout Europe. The full itinerary can be found here.

The seventh full-length from Jack Savoretti, Europiana hit No. 1 on the UK album chart upon it’s release in 2021 and serves as the follow-up to his gold-certified album Singing to Strangers: a 2019 release that marked his first No. 1 on the UK album chart and earned praise from such outlets as The Telegraph (who hailed its “heady love songs mixing lush orchestrations with a tight, electric band”). Jack recorded at the famed Abbey Road Studios with leading producers like Cam Blackwood (London Grammar, Florence + the Machine), approaching the album with more confidence and imagination than ever before. “Singing to Strangers was my first album that wasn’t all about me, which I loved,” Jack says. “Europiana pushes that further. There are more characters and bigger concepts. I’m looking out at the world, not inwards.”

7. Dancing In The Living Room

8. Each And Every Moment

9. The Way You Said Goodbye

14. Dancing Through The Rain 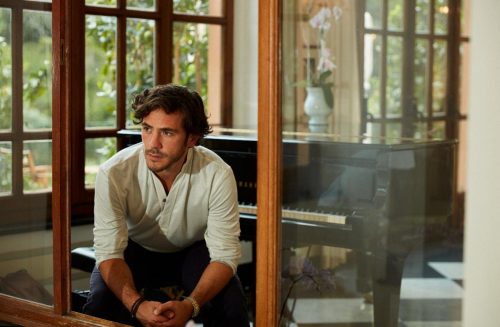 Previous Tauren Wells Announces The Joy In The Morning Tour In Support Of His New Album, Out June 10