IZAK ZENOU COMES HOME TO HENRI BENDEL FOR THE HOLIDAYS

Famed fashion illustrator Izak Zenou is spending the holidays at his new artist-in-residence studio within the Henri Bendel flagship (712 Fifth Avenue) where he is giving shoppers a fun glimpse into his creative process (through December 22). Holding court at this beautifully appointed space, Mr. Zenou explained that while he was here visitors also have the opportunity to commission their very own personal portrait, (styling with a little help from the Albright Fashion Library), something which any fashion informed New Yorker would love to have on their Christmas wish list. For some twenty years, the fabled department store has had countless creative collaborations with the artist whose insouciantly chic renderings have come to embody the quintessential uptown/downtown New York woman. In carefully considered bold and delicate strokes, vibrant colors, and sometimes whimsical poses, his illustrations depict women effortlessly elegant yet determinedly confident, captured in seemingly idealized moments. Were it only for those aspects, his work would be admired anyway. That they also resonate as “real” snapshots of women and city living is what make them timeless. It’s really no wonder that in 1994 Mr. Zenou was asked to follow in the footsteps of Andy Warhol as the Henri Bendel artist. Through the years, he has worked with numerous luxury brands for cosmetic bags and accessories, scarves from Celine, and limited-edition fragrance from Guerlain, among others. His illustrations have also graced the pages of many books and coffee table tomes lending them with an added dimension of sophistication.

It was in 1895 when Vermillionville, LA milliner Henri Bendel moved to New York and opened his eponymous store on 9th Street in the West Village. He would quickly establish himself as an innovative purveyor of luxury fashions with the introductions of his instantly iconic brown and white striped packaging and in-house fragrance. Eight years later, he moved operations to an eight-story townhouse on W57th Street, for which he had commissioned architect Henri Otis Chapman. It was also around this time when Coco Chanel debuted in the American market at Henri Bendel. Continuing this progressive approach, the store would pioneer grouping merchandise on the floor in the 1960s under then president Geraldine Stutz’s “Street of Shops” concept. In 1991, the store moved yet again. The current address was originally the Coty Building saved from the wrecking ball after receiving historic landmark designation for its three-story glass panes of interlocking Art Nouveau floral reliefs created by René Jules Lalique in 1912. Tumults in retail would bring seismic changes to Henri Bendel: first in 2009 when fashions were abandoned entirely to focus merchandise exclusively on accessories, gifts and beauty; then in 2014 when it ceased selling third party products to deal only with in-house brands. Today, Henri Bendel remains a New York shopping destination where the Izak Zenou studio brings a festive way for everyone to celebrate the holidays.

Previous Art Basel and Miami Art Week - When, Where and More Information

THE LEGACY OF HENRY T. SEGERSTROM

GRAMMY Hall Of Fame Welcomes Iconic Recordings As Their 2021 Inductions 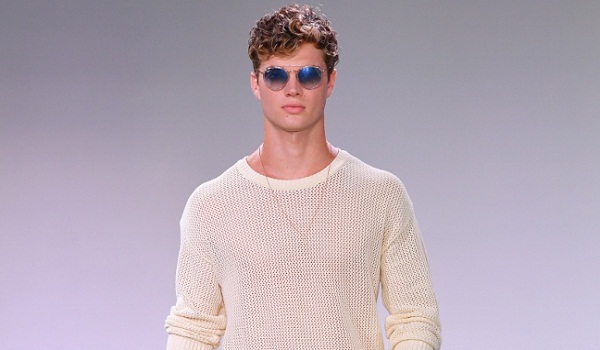