Indochino, founded by Kyle Vucko and Heikal Gani, first went live in 2007 as an online haberdashery to which customers could send in their measurements for appropriately fitting shirts and suits at affordable prices. In time, the Vancouver-based brand experimented with pop up’s before fully committing to an omni-channel retail strategy. It opened its first New York showroom in 2015 at Broome Street to a very receptive market. Delivering the full complement of custom tailoring experience without the exorbitant price tag, Indochino quickly accumulated a weeks-long wait list for appointments. For the uninitiated to the rituals of having something custom made, Indochino makes it a painless and even enjoyable process with the high tech advantages of an in-store app. A style guide assists the customer through the measuring, the selection of fabric out of 300 swatches, and through personalization details such as pick stitching, slanted pockets, side tabs on the trousers, functional cuff buttons, lining and interior monogramming, and contrast coloring on either the buttonholes, the collar felt, or both. And the suit should be ready in about four weeks.

Currently, Indochino has showrooms in Toronto, Vancouver, New York, Washington DC, San Francisco, Philadelphia, Chicago, Beverly Hills and Boston. According to Mr. Green, the brand is bullish over expansion, eyeing a third outpost somewhere Midtown and potentially up to six or even seven overall in Manhattan. He adds that while Wall Streeters and the corporate and creative workforce of the city are certainly no stranger to custom made suits, they are certainly discovering Indochino a superior alternative in terms of personal service and accessible pricing. And to drive home the point, cities with showrooms account for higher customer engagement, evidently giving both the online and physical stores a symbiotic advantage of showcasing the brand’s thoroughly modern approach to traditional tailoring for style savvy men. Indochino.com

A Day in the Life of Tik Tok Star Montana Tucker 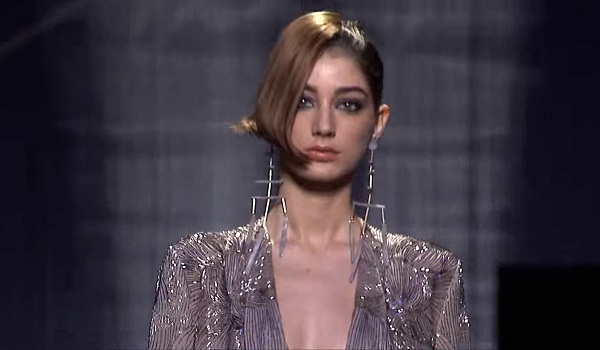