Project Runway Season 13 Winner Sean Patrick Kelly debuted his men’s swimwear line Hercules, in conjunction with the Sean John x Playboy showcase at the Kimpton Surfcomber as part of the Planet Fashion TV production during Swim Week. As one of the few male lines in Miami Swim Week, Hercules was a stand out highlight. The cohesive collection consisted of 10 looks ranging from bold patterned board shorts to classic cut brief speedos. Hercules also held pop up markets at Planet Fashion and Hotel Gaythering throughout the week.

WINNING THE SPACE RACE WITH THE WHY200

A Charitable Evening for Little Dreams Foundation at Giuseppe Zanotti

Celebrating Together With The 2020 Rolex Swan Cup

ESSENCE OF A BOSS Brings Business Women Together With Vivica A. Fox, Vanessa Simmons 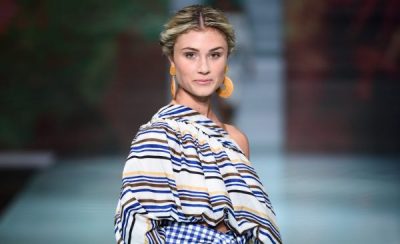