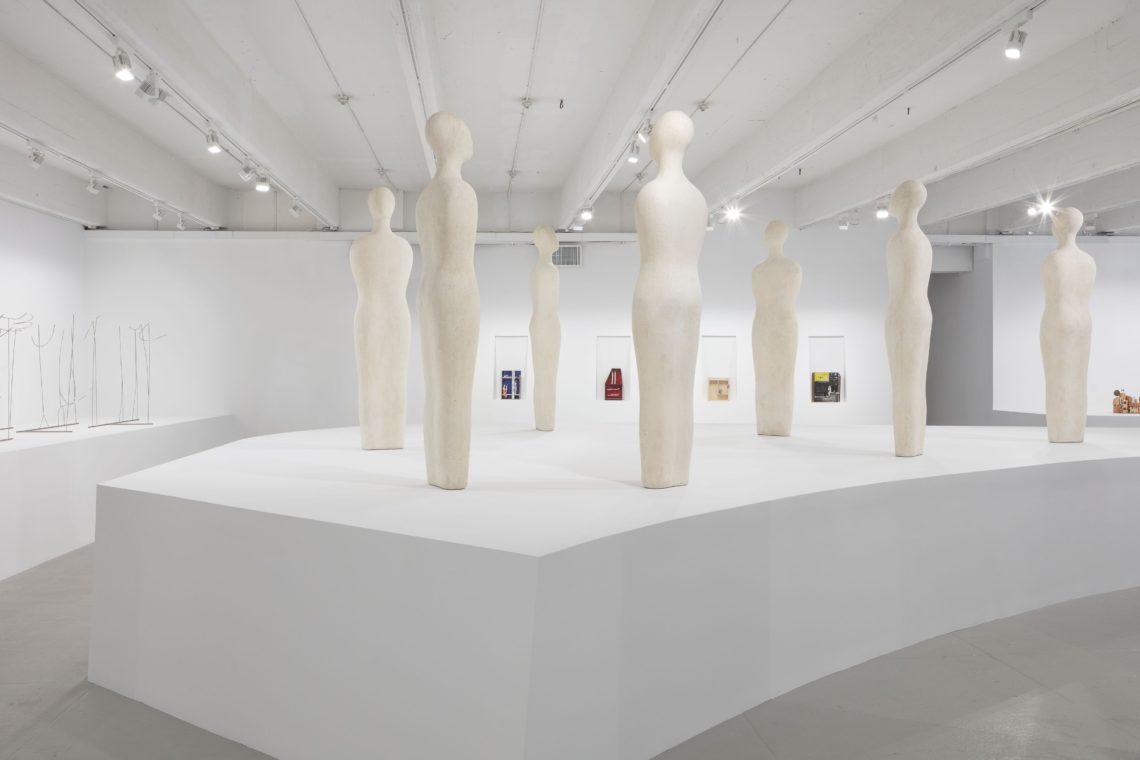 New exhibitions – “Fausto Melotti: The Deserted City” and “Mark Wallinger: Study of Self Reflection” – were just launched simultaneously, both slated to run through October 27 at Hauser & Wirth (548 W 22nd Street). Significantly, this is Mr. Wallinger’s overdue first art gallery solo showing in the United States. And the Turner-prize winning artist was on hand at the opening to discuss his new pieces as well as two large scale sculptures, which continue the creative discourses on self, identity, and perception that often inform his oeuvre. “Self Reflection”, previously placed above the study of Sigmund Freud’s home, originally underscored the notion of being analyzed. Suspended overheard in stark environs here, it achieves the even more disconcerting effect of the self’s inescapable gaze. That these themes have reached heightened relevance in this solipsistic social media age may be a touch on-the-nose but that doesn’t make them any less trenchant.  Perhaps even more provocative is “Superego”, the rotating triangular sculpture atop a post, a re-interpretation of London’s iconic Metropolitan Police “New Scotland Yard” sign created by Edward Wright in 1968. Its mirrored surfaces evoke the alarming encroachment of overreaching authoritarianism (via those “all-seeing” CCTV cameras in modern cities). Mr. Wallinger has never shied away from political statements in his work, earning him that Turner Prize for his piece “State Britain” in 2007.

The late Signore Melotti’s “The Deserted City” on the other hand is an immersive installation, curated by Fondazione Fausto Melotti director Edoardo Gnemmi as a narrative journey along plinth pathways to evoke both intimacy and grandeur. The mesmerizing painted terra cotta and glazed ceramic teatrini and delicate brass and steel sculptures depict a dreamscape of idealized abstractions recalling Giorgio de Chirico paintings. Witness slumbering innocence in “Buona notte, bambini” or marvel at the tenuous grip of Venetian palazzos on the wooden piles and limestone along “Il Canal Grande”. And all the while, the towering, faceless figures of “I Setti Savi” seem to enshroud the entire mise-en-scène in a contemplative hush. The exhibition is a truly impressive achievement in bringing thematic cohesion to pieces from decades of work by artist of such range as Signore Melotti.

Small Talks, Big Conversations – Amelia Hoy with All of us 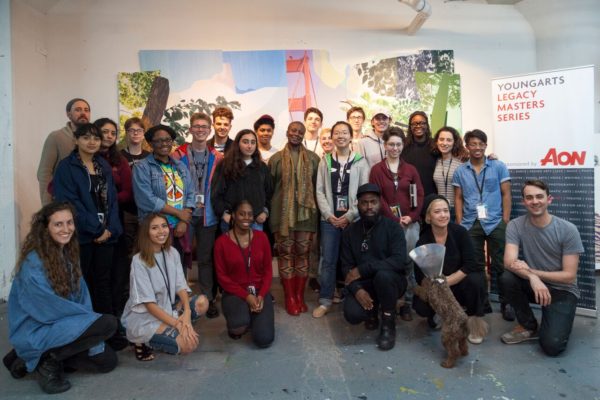