As well as showcasing iconic machinery from decades past, this year’s Salon Privé will offer a glimpse of motoring future by hosting more than 20 new-model debuts in the pristine grounds of Blenheim Palace.

Bentley will be hosting a trio of global premieres courtesy of its in-house bespoke and personal commissioning division – Bentley Mulliner. All three of its portfolios will be represented together for the first time ever at Salon Privé. The Classic division will be unveiling the stunning result of its 12-month restoration of Bentley’s own ‘Blower’, while the Coachbuilt division is set to give its first car – the Bentley Mulliner Bacalar – its public debut. Just 12 examples of this striking, limited-edition model will be hand-built according to the individual customer’s personal tastes.

The third branch of the business – Bentley Mulliner Collections – offers customers pinnacle luxury derivatives of the core Bentley range, and its brand-new Continental GT Mulliner coupé will be making its global debut at Salon Privé. Exclusive features include a bespoke hand-crafted interior and a unique Double Diamond front grille, and it will be available to order from October, with deliveries starting early in 2021.

Legendary Italian styling house Touring Superleggera will also be giving a new design its world debut. The Aero3 is the third streamliner model in Touring’s recent line-up after the highly successful Disco Volante and Disco Volante Spyder, but the overall shape and construction are new. Drawing inspiration from the Touring-bodied Alfa 8C 2900 Le Mans Berlinetta, it is powered by a 6262cc V12 engine and only 15 will be built – each one to the customer’s personal instructions.

Danish hypercar manufacturer Zenvo is set to unveil its latest model to the world – the TSRS-1, its 1177bhp, carbon-bodied road-legal track car. It will be joined by another world premiere from Engler with the Superquad – a world first that weighs only 1100kg and is powered by an 1100bhp, 5.2-litre V10 engine.

The European debuts at Blenheim Palace cover a wide variety of performance cars, including the TDF1 from British brand Tour-de-Force, two next-generation hypercars, and even the remarkable PAL-V flying car.

Based on a Marussia or Sauber Formula One chassis and powered by a 600bhp turbocharged engine, the TDF1 has been engineered to give private owners the sensation of driving a modern Grand Prix car. Tushek’s 236mph TS-900, meanwhile, uses a combination of steel spaceframe and carbon fibre tub to make it as light as possible. It features a hybrid powertrain comprising a rear-mounted 4.2-litre V8 and a pair of electric motors that drive the front wheels.

The Aspark Owl is the first Japanese fully electric hypercar and can accelerate from 0-60mph in 1.62 seconds. Production of the lowline Owl will be limited to just 50 cars, with each one being fully customisable and built in Turin in collaboration with Manifattura Automobili Torino, which will also be at Blenheim Palace. Its New Stratos will be making its UK public debut – as will cars from some of the greatest names in automotive history.

Rolls-Royce will be displaying the new Ghost – the most technologically advanced model ever designed by the iconic marque. Based around a rigid aluminium spaceframe and powered by a 6.75-litre twin-turbo V12, it replaces the most successful product in the company’s 116-year history and reflects Sir Henry Royce’s famous edict to ‘Take the best that exists and make it better’.

Bugatti’s Chiron Super Sport 300+ prototype will be making its first UK public appearance since Le Mans winner Andy Wallace drove it to a new production-car speed record of 490.484kph (304.773mph) in August 2019. It will be joined at Salon Privé by the all-new Koenigsegg Gemera – the world’s first ‘mega GT’. Its name is derived from the Swedish words for ‘give more’, and the Gemera has been engineered to provide hypercar performance but with a spacious interior and cutting-edge technology. The result is a revolutionary new vehicle that can power four people and their luggage from 0-100kph in two seconds.

McLaren will showcase two of its most focused and advanced models. The 765LT, which is yet to be launched, is based on the 720S but is lighter, lower and features a more aggressive aerodynamics package, while the 620R is a road car developed from the 570S that’s been so successful in GT4 racing. The 620R is the last McLaren Sports Series model and at 225 units, one of the rarest McLarens ever made.

Few marques honour their heritage in such a unique manner as Morgan, which will be displaying its limited-run Plus Four 70th Anniversary Edition at Blenheim Palace. Only 20 will be built, and they mark not only 70 years of the Plus Four but also the end of steel-chassis production at the Malvern factory.

Finally, luxury Italian coachbuilder ARES DESIGN from Modena has chosen Salon Privé for the UK debut of no fewer than four hand-built vehicles. Its Bentley Mulsanne Coupé will be joined by the Panther ProgettoUno – the first model from its Legends Reborn programme, which blends the design of iconic classics with state-of-the-art technology. The V10-powered machine takes its inspiration from the De Tomaso Pantera of the 1970s. A pair of ARES two-wheelers – the Café Racer and Scrambler – complete its line-up, and the company will also be displaying a full-scale model of its brand-new S1 Project supercar. This will be the first car wholly designed by ARES, and production – which is due to start in January 2021 – will be limited to just 24 units.

Salon Privé Director David Bagley said: “We’re exceptionally proud that so many manufacturers have chosen the magnificent surroundings of Blenheim Palace in which to debut their latest models. We can’t wait to give our guests the first opportunity to see these exciting new cars, which will perfectly complement the legendary classics that will also be on display. It’s a rare opportunity to appreciate the past, present and future of automotive design.”

IMPORTANT UPDATE
Salon Privé 2020 Refund Policy. This year, you can book your tickets with total confidence with the guarantee of a full refund should the event be cancelled.* On the other hand, should the Government impose maximum event guest numbers which sit above our bookings, we reserve the right to return monies on a last-in, first-out basis.

(*full refunds given in the event of cancellation, excludes private dining bookings)

COVID-19 SECURE
As one of the only large automotive events taking place this year, safety is paramount and organisers are taking precautions that go far beyond those set out by the British government.

Robust social-distancing measures and stringent systems will ensure that Salon Privé surpasses COVID-19 Secure guidelines. As a key element of this, it will be the first automotive event in the world to use LiberApp, the CI Group’s App that has been specifically developed for major event organisers to ensure everyone who attends is COVID-free before they enter and can be contacted, if required, post-event. The LiberApp enables you – and those around you – to know that you are in a COVID-free space.

Prioritising the safety and wellbeing of all is paramount and the hashtag #ComingTogetherKeepingApart will be widely used across the event. Hand sanitisation will be conducted for all first followed by temperature testing before entry into the event. Linked to the LiberApp, a green result sees you enter Salon Privé, while a red one sees you to the medical rooms where Team Medic will be on site for further evaluation. Within the event, Salon Privé have applied more than the government guidelines of 10m2 per person, fogging with Hypochlorous Acid (HOCl) four times a day inside all marquees, a team of cleaning professionals will continually clean with HOCl, socially-distanced dining will be applied, hand sanitiser available on every single table and champagne and fine wines will be brought to you at your tables to avoid any queueing at bar points. The Salon Privé COVID-19 safety handbook is available to view CLICK

The LiberApp is now available for all visitors to download to their devices from Apple and Google Play. For more information on Liber and CIG, please visit www.weareliber.com and www.cigroup.co.uk

EDITORS’ NOTES
Now in its 15th year, ‘Salon Privé Week’ is a must-attend series of events for any car enthusiast or aficionado. A Partner Concours to the Peninsula Classics ‘Best of the Best’ Award, Salon Privé is now recognised as one of the top events in the world alongside Pebble Beach Concours d’Elegance and Concorso d’Eleganza Villa d’Este. Held annually within the grounds of Blenheim Palace, Salon Privé is firmly established as the UK’s most exclusive Motor Show.

Tickets can be purchased via the website www.salonpriveconcours.com or by calling the Ticket Hotline: 0808 100 2205.

Charity Partners
Salon Privé is proud to once again have Rainbow Trust Children’s Charity as its charity partner. The organisation provides emotional and practical support to families who have a child with a life-threatening or terminal illness, and thanks to the generation donations of guests and Concours entrants, the event has so far raised in excess of £1 million for this great cause.

The 2020 event will also support the marvellous work of Veloce, a charity founded by lifelong classic car and motorsport enthusiast Peter Neumark which actively supports both Hope for Tomorrow and the Halow Project.

Hope for Tomorrow supply mobile cancer care units to NHS Trusts across the country. During this global health crisis, cancer patients are among the most vulnerable members of society. Hope for Tomorrow and our Mobile Cancer Care Units allow patients to receive their treatments in a local and safe environment.

The Halow Project is dedicated to creating opportunities and supporting young people aged 16+ with a learning disability so that they are able to live independent, meaningful, fulfilled lives and become more involved in their local community. 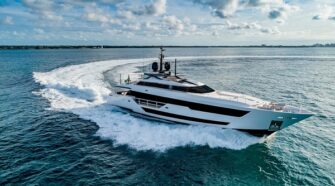