CHECK OUT THE PERFORMERS:

Additionally, Music’s Biggest Night® will pay tribute to the independent venues, which have been greatly impacted by the pandemic. From bartenders to box office managers, those who work day-to-day at the Troubadour (Los Angeles), The Hotel Café (Los Angeles), the Apollo Theater (New York City), and The Station Inn (Nashville) will present various categories throughout the night.

Hosted by Trevor Noah, CBS and the Recording Academy present the 63rd Annual GRAMMY Awards, airing live on Sunday, March 14, 2021, at 8:00 p.m. ET/5:00 p.m. PT on CBS Television Network and also available to stream live and on demand on Paramount+.

To view a list of current nominations per artist, please visit our GRAMMY Awards performer and presenter page here.

The Recording Academy represents the voices of performers, songwriters, producers, engineers, and all music professionals. Dedicated to ensuring the recording arts remain a thriving part of our shared cultural heritage, the Academy honors music’s history while investing in its future through the GRAMMY Museum®, advocates on behalf of music creators, supports music people in times of need through MusiCares®, and celebrates artistic excellence through the GRAMMY Awards — music’s only peer-recognized accolade and highest achievement. As the world’s leading society of music professionals, we work year-round to foster a more inspiring world for creators.

Liteboxer Leads the Metaverse with Launch of its Immersive Fitness Experience: Liteboxer VR for Oculus Quest 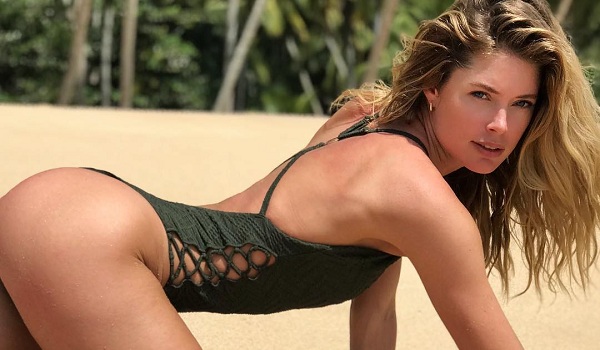 Dutch Fashion Model Doutzen Kroes Lifestyle Photos Doutzen Kroes was born on January 23, 1985, in Gytsjerk, Netherlands. She is a well-known model and actress. She was a model for Victoria’s Secret Angel from 2008 to 2014. Kroes has been a brand ambassador for the famous makeup brand L’Oréal Paris since 2006. She started her …

NAMESAKE 2022P5 ‘HOME COURT’ PRESENTATION “Winning” is victory. Sports and music heroes are often the faces of such success. Yet, NAMESAKE insists that we are all heroes in our own biopic. “We’re all winning trophies in our own way,” said the Hsieh brothers. “You may not be a household name like star athletes and musicians, …

Steven Passaro | Ready to wear Autumn/Winter 2022-2023 We Feel Things They’ll Never Feel: it is from this solitary phrase spotted on the London Tube that Steven Passaro names his latest Autumn-Winter 2022-2023 collection. Intended as an ode to hypersensitivity, it is born with a deep sense of time and dreams of self expression. Drawing …

HENRIK VIBSKOV AW22 ‘BIBLIOTECA OF MICRO SELVES’ For the AW22, collection Henrik Vibskov went to outer space while looking into different ways of archiving our dearest belongings and memories of earth.How is the future life on earth going to be like, one might ask oneself, especially seen in the light of recent times that put …