The vast artistic legacy of Robert Rauschenberg (1925-2008) is being commemorated with an international museum tour launched last year at the Tate Modern, currently on view at the Museum of Modern Art (“Robert Rauschenberg: Among Friends” through September 4), and will move on to the San Francisco Museum of Modern Art (through Spring 2018). In tandem with this essential retrospective, the “Rauschenberg x Warby Parker” limited-edition collaboration (about $95 at Warby Parker stores and online, and one exclusive available at MoMA Design Stores in New York) introduces vibrantly colored sunglasses inspired by the Rauschenberg Overseas Culture Interchange (ROCI) artwork series.

The Robert Rauschenberg Foundation’s assistant curator Helen Hsu spoke recently at the Warby Parker SoHo store (12 Greene Street) about ROCI and the alignment of artistry and social awareness at the core of this collaboration. To commemorate this new collection, the brand donated to the foundation’s Artist as Activist program, which supports organizations and artists that address global challenges through various creative disciplines. Since its inception, Warby Parker’s vertical integration business model delivered eyewear at accessible prices, eventually blending its considerable online presence with brick and mortar stores. Also notable – for every pair sold, it distributes a complementary pair to someone in need.

Painter, printmaker, photographer, sculptor, theater designer, and choreographer – Mr. Rauschenberg is a pivotal figure in post-war modernism in art whose influence paved the way for countless artists including Andy Warhol, Roy Lichtenstein, and Cindy Sherman. His prolific innovation was fueled by a restless imagination, discernible in the delirious immediacy of his oeuvre. He underscored the convergence of popular media and mass production by using appropriated imagery and urban detritus, exponentially magnifying the Bauhaus practice of utilizing objets trouvés he learned from the legendary Josef Albers at Académie Julian in Paris. He was also a progressive visionary, partnering with engineer Billy Klüver for the avant-garde Experiments in Art and Technology presentation at the Armory (New York) featuring hundreds of participating artists and engineers.  A staunch supporter of emerging artists, he co-founded non-profit Change Inc. to assist thousands of indigent and ailing artists. His activism against racial injustice, neo Nazism, and ecological abuse gives his work renewed relevance. By the end of 1970, Mr. Rauschenberg had settled on Captiva Island (Florida), a 35-acre sandpit that became his working studio complex and sanctuary where he died in 2008. 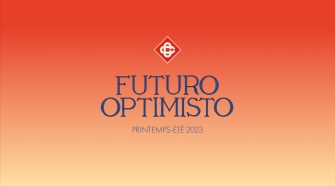