No matter what language you’re speaking, the heart is a universal symbol, and on Thursday, February 11, 2016, Go Red for Women will once again bring fashion and awareness to heart disease on the runway. Red hot equals red haute!

It’s hard to believe, but heart disease remains the leading cause of death among females here in the United States. The silent killer wears the title, because heart disease can be present, and many don’t know they have it.

It takes an army to win the battle, and that’s exactly what the Go Red for Women organization is all about. It’s a movement, a time to educate, gain strength and raise money for the cause.

Thanks to Go Red for Women spreading the message, and women exercising and making better dietary choices, more than 670,000 have been saved from heart disease, and 285 fewer are dying per day, says the American Heart Association.

The color red not only symbolizes the heart, but a bold shade that signifies love, strength, passion, determination and power. Plus, you can’t beat a lady in red. The shade looks gorgeous on any skin tone, depending on the coolness or warmth of your complexion. From cherry to poppy to brick and ruby, there is a red for every woman.

The Go Red for Women FW 2016 kicks off at 8 PM at Moynihan Station in Manhattan during exciting New York Fashion Week. Celebrity models will rock the red in glamorous dresses from some of the industry’s finest designers.

The Red Dress Collection 2016 is an exclusive event presented by national sponsor Macy’s. The department store giant has donated more than $55 million to the cause, since it joined up with Go Red for Women in 2004.

Here are some of the highlights from The Red Dress Collection 2015:

Next In The Night (Short Version) - The Weeknd 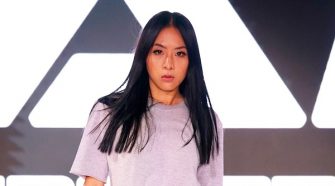 Legends are Made Spring Summer 2022 Collections