On Thursday evening the IFA 2019 opening gala opened the world’s most significant trade show for consumer electronics and home appliances. Over 600 exclusively invited guests from industry, politics, business and entertainment attended the exclusive gala event of IFA in Berlin at the Palais am Funkturm.

Presenters Janin Ullmann and Chris Brow entertained with a gallant tour through the top class evening program of the IFA 2019 opening gala. In between, all guests were served an exquisite three-course menu.

The opening speeches this year were by Berlin’s Governing Mayor Michael Müller, Hans-Joachim Kamp, Chairman of the Supervisory Board of gfu Consumer & Home Electronics, and Yoshihiro Seki, State Minister of Economy, Trade and Industry, Japan.

The presenters Gülcan Kamps, Caroline Beil, Hadnet Tesfai and their colleague Anastasia Zampounidis will also stride over the red carpet.

Also the former GNTM models Toni Dreher, Klaudia Giez and Fata Hasanovic as well as many other prominent personalities did not miss the opening gala.

The worldwide successful German singer Alice Merton, famous for her songs “No Roots” and “Why so serious”, provided the music entertainment.

In an exuberant atmosphere, the guests celebrate until late into the night at the AfterShow-Party.

GILBERTO CALZOLARI AND THE NECESSITY OF ETHICS IN FASHION 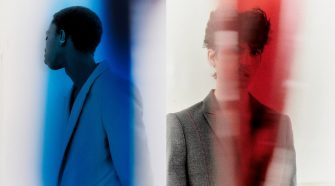