WATCH THE VIDEO FOR “FOREVER 1” HERE The album consists of ten tracks, and the release coincides with the fifteenth anniversary of Girls’ Generation’s debut.

Additionally, it is the first full-length album with all eight members in five years since the release of Holiday Night. Title track, “FOREVER 1” has been described as a dance-pop song, with an energetic melody in which the girls express their eternal love for precious people who give them strength anytime and anywhere.

Electronic-pop track “You Better Run” serves as a continuation of their 2010 hit single “Run Devil Run.”

Other tracks include “Seventeen,” an R&B dance song characterized by synth sounds and tough drumbeats which members SOOYOUNG and TIFFANY took part in the writing, “Freedom,” a synth-pop song with dreamy undertones and rich harmonies and “Summer Night,” a mid-tempo pop track accompanied by a bouncing synth sound, perfect for the warm summer nights.

International hitmaker KENZIE participated in the production, having previously worked on several tracks with Girls’ Generation including their signature hits “Into The New World,” “All Night,” and “Oh!” and with other K-Pop superstars like NCT, SHINee, EXO, and aespa.

Next Art & Soul: Hamptons Brings Culture To The Hamptons 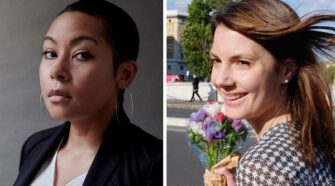