Flying Horse Editions, the nationally acclaimed printmaking studio that invites some of the world’s leading artists for its Visiting Artist Residency Program, has chosen Mira Lehr for their select roster of artists for 2021. The studio is celebrated for cutting-edge technology and inspiring artists to push the boundaries of printmaking, in a kinetic setting among its team of master printmakers. In her new series, Lehr, now at the bold age of 86, is experimenting with explosives, fuses, plexiglass, watercolor, and inks ‒ exploring new ways to use nontraditional materials in the art of printmaking.

“Mira Lehr is a force of nature to be reckoned with,” said Theo Lotz, the Director of Flying Horse Editions. “She is a fearless explorer. Lehr’s body of work spans all media, not bound by one process. Her artistic energy and spirit are boundless. We knew that her bold approach to artmaking would lead to a great collaboration. Lehr thrives in our studio, which relishes the unexpected.”

Lehr’s new work created at this residency will debut during Miami Art Week/Art Basel Miami Beach 2021, at the INK Satellite Fair (December 1-5 at the Dorchester Hotel). This fair is produced by the International Fine Print Dealers Association, and is recognized worldwide as one of the leading presentations of works on paper by internationally renowned artists.

Lehr’s new limited editions will then tour nationwide with Flying Horse throughout 2022 at several art fairs across the U.S. and internationally. Her new work will also be presented at an opening reception at the studio, featuring live demonstrations of her process of igniting gunpowder and fuses to create her artworks. Flying Horse Editions was established in 1990 at the University of Central Florida. The artists invited to participate in the residency has included: Diana Al-Hadid, Elia Alba, Chakaia Booker, Will Cotton, Ke Francis, Luis Gispert, Eddie Martinez, Odili Donald Odita, and Toyin Ojih Odutola.

Lehr completed the first part of her studio residency in the spring, and will return to Flying Horse later this year to complete her new editions there. Every artwork in Lehr’s new editions will each be an original work of art that was created exclusively during the residency. They were each imagined with these trailblazing printmaking techniques in mind, and are each one of a kind. So far, Lehr has created a series of monotypes with watercolor prints created on plexiglass. She has also created a new lithograph with collage pieces that will be burned and ignited using the artist’s signature technique with fuses and gunpowder, for a new varied edition.

“My experience at Flying Horse Editions has been a powerful new adventure in artmaking for me. I am honored to have been invited to their artist residency this year,” said Mira Lehr. “Their passionate commitment to the craft of printmaking is evident, they really put their hearts into the visiting artist’s experience. I was able to experiment with great freedom ‒ they encourage the artists to take risks, while remaining true to your voice.”

This research space houses professional visiting artists for short term residencies with assistance from master printmakers and students. The artists’ drawings are scanned, manipulated digitally, and then put on a copper plate similar to what would have been used during Rembrandt’s time. Lehr’s nature-based imagery includes painting, design, sculpture and video installation. Her processes include innovative usage of resin, gunpowder, fire, Japanese paper, dyes and welded steel. Her paradoxically destructive yet creative fire techniques burn holes and leave imprints in her prints resulting in an even more layered and complicated final artwork.

The resident artists at Flying Horse Editions have the benefit of working with a massive 300-ton hydraulic press that is dramatically colored red. This behemoth machine produces complex relief prints that expand the creative possibilities of what artists may have previously envisioned. Unlike traditional presses, this hydraulic press applies an immense amount of pressure, downward onto the printed area, yielding much more precise images, with several blocks in multiple colors. Because the printer requires such fine tuning, Siemens donated a sophisticated electronic system that “tricks out” the controls enabling unparalleled precision. Watch the high-tech colossus in action at youtu.be/pWmPllBY-ds.

The Visiting Artist Residency Program at Flying Horse Editions is made possible by the members of the institution, a grant from the Winifred Johnson Clive Foundation, and with funding by the Judith and David Albertson Endowment in the Arts

Flying Horse Editions is a collaborative research center in the College of Arts and Humanities at the University of Central Florida, and a non-profit publisher of limited-edition prints, artist books, and art objects by internationally renowned artists.

About the Artist: MiraLehr.com
Mira Lehr’s solo and group exhibitions number more than 300. She is a graduate of Vassar College (1956) with a degree in Art History, under the mentorship of Linda Nochlin, the renowned feminist art historian. Lehr will be the
subject of a new, 420-page international monograph by the leading art book publisher Skira Editore, to be published in the spring of 2022. She has been invited to present a solo exhibition at the Deering Estate in the fall of 2021.

Lehr has been collected by major institutions across the U.S., including the Smithsonian Museum of American Art
(Washington), the Getty Museum Research Center (Los Angeles), the Boca Raton Museum of Art, the Perez Art
Museum Miami, the Frances Lehman Loeb Art Center (NY), the Margulies Collection, the Mennello Museum of
American Art, MOCA North Miami, the Jewish Museum of Florida-FIU, and the Orlando Museum of Art. Her work is in the private collections of Elie and Marion Wiesel, Jane and Morley Safer, and Judy Pfaff, among others. She is included in the Leonard Lauder Corporate Collection in New York. Thirty of her paintings were commissioned for the collection of Mount Sinai Hospital. Her work can be seen in American Embassies around the world and is permanently on view in the Sloan Kettering Memorial Center

Lehr’s 2020 solo museum show at the Mennello Museum of American Art was selected by The New York Times as one of the leading museum exhibitions nationwide in the U.S. in the 2020 special Museums Section. Her solo museum exhibition headlined Art Basel Miami Beach 2019 at the Jewish Museum of Florida-FIU, and also received
national and international critical acclaim. Her museum-wide exhibition at the MOCA North Miami spanned across 10,000 square feet of installations. She has currently been chosen by Flying Horse Editions as an invited artist for the Visiting Artist residency।

Mira Lehr’s nature-based work encompasses painting, sculpture, and video. She uses nontraditional media such as gunpowder, fire, fuses, Japanese paper, dyes, and welded steel. Lehr is known for igniting and exploding fuses to create lines of fire across her paintings. Critics are calling Lehr “the Godmother of Miami’s art scene” because in 1960 she created one of the nation’s first co-ops for women artists. At the age of 86 and with a career that spans more than six decades of artmaking, Lehr is creating more new work now than at any other point in her life ─ with a heightened sense of urgency about the planet and climate change.

In the 1950s, Lehr studied and worked in New York as an artist, where she met some of America’s most prominent masters including: Joan Mitchell, Lee Krasner, and Helen Frankenthaler. She studied with James Brooks, Ludwig Sander, Robert Motherwell, and within the Hans Hofmann circle. When Lehr moved back to Florida in 1960, she was shocked at the lack of an art scene, especially for women. She convinced many of the masters from New York to visit and lead workshops for her league of women artists. This helped the evolution of art in Florida. She was selected in 1969 by Buckminster Fuller, as one of only two artists, to participate in his World Game Project about sustainability and his groundbreaking “Spaceship Earth” concept which preceded the world’s very first Earth Day in 1970. Lehr’s video installation, V1 V3, was on view at the New Museum, NY. Her work has been included in numerous art fairs during Art Basel Miami Beach. She was the recipient of the Vizcaya Museum Lost Spaces Commission, where she was commissioned to create a site-specific installation by the Vizcaya Museum & Gardens as part of the Museum’s centennial celebrations.

Next How Different Accessories Can Transform Your Look

GILBERTO CALZOLARI AND THE NECESSITY OF ETHICS IN FASHION

Sports Illustrated Swimsuit On Location in Miami May 10-11 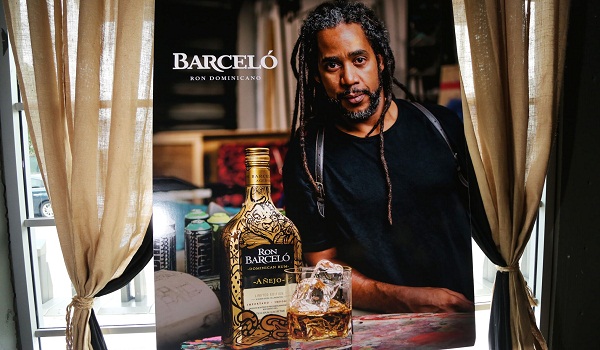