Fletcher’s Debut Album Girl Of My Dreams Out Now

Today marks the long-awaited arrival of FLETCHER’s debut album Girl Of My Dreams, out now via Capitol Records. A major artistic triumph for the fast-rising queer icon, Girl Of My Dreams features her chart-climbing smash hit “Becky’s So Hot” along with such bold and brutally honest standouts as her brand-new single “Serial Heartbreaker.”

Executive-produced by Malay (Frank Ocean, Lorde) — who also helmed FLETCHER‘s you ruined new york city for me and THE S(EX) TAPES, a 2020 EP that hit No. 1 on iTunes across all genres — Girl Of My Dreams is an intimate, unfiltered, and endlessly fascinating document of self-discovery and transformation.

As the New Jersey-bred singer/songwriter reveals, the album’s title refers to her long and complicated journey toward true self-acceptance.

“When my mom was younger she had a dream of a girl with long black hair riding on a horse, but she could never see what the girl’s face looked like,” says FLETCHER. “She had a feeling that the girl might be the daughter she’d have one day, but I turned out to be nothing like that girl.

To me, it’s a metaphor for growing up queer in a small conservative town and feeling like I wasn’t any of the things that people maybe thought or hoped I would be. As I explored my queerness, later on, there were a whole series of people who I thought could be the girl of my dreams.

But after so many years of looking outside myself, I finally came to the realization that the girl of my dreams is me.”

The last song was written for Girl Of My Dreams, “Serial Heartbreaker” perfectly encapsulates the album’s unapologetic storytelling, with FLETCHER fearlessly casting a bright light on her imperfections (from the pre-chorus: “Sensitive but not enough/I’m not the best at breaking up/Too soon to rip the Band-Aid off/A sucker for the fuck-me-up”). “That song was the most fun we had on the album,” she says.

“It started with me spilling my guts about why all my relationships have failed, and we just kept pushing the tempo faster and faster and faster.” Created with Malay and FLETCHER’S frequent collaborator Jenn Decilveo (Miley Cyrus, MARINA), “Serial Heartbreaker” ultimately arrives as a frenetically catchy piece of synth-pop, built on an unstoppably powerful vocal performance from FLETCHER.

With its up-close exploration of the most intense emotional experiences — desire and obsession, loss and trauma, the pain of personal growth and power of self-fulfillment — Girl Of My Dreams also includes previously released singles like “Her Body Is Bible,” “Sting,” and “Better Version.”

A raw expression of post-breakup grief, “Better Version” premiered last Friday and delivers what FLETCHER refers to as the flipside to “Becky’s So Hot” — a much-buzzed-about and wildly exhilarating portrait of lusting after her ex’s new girlfriend.

Along with hitting #3 on the iTunes chart across all genres and climbing Billboard’s Hot Rock and Alternative Songs chart, “Becky’s So Hot” has earned lavish acclaim from the likes of V Magazine (who hailed it as a “dizzying expression of heartbreak, longing, and moving on”), Billboard (who stated that “FLETCHER’s petty era is already proving to be as iconic as one would hope”), Euphoria (who raved that “the punk-inspired bop is definitely one of the best songs of the summer and it will be sung by thousands”), and Teen Vogue (who included the track in their “5 Best New Singles of the Week” list).

With over five million global streams to date, “Becky’s So Hot” is also accompanied by a dreamscape-like video co-starring Bella Thorne.

Tracklist for Girl Of My Dreams by FLETCHER

8. Her Body Is Bible

Known for her magnetic live show — with nearly 100,000 tickets sold globally this year — FLETCHER will hit the road next month for the 25-date Girl Of My Dreams Tour.

Kicking off on October 10 at House of Blues Orlando, the North American headlining run will continue through November 18 at the Hollywood Palladium in Los Angeles, with sold-out stops at legendary venues like the Hammerstein Ballroom in New York City. All tickets are on sale now; go HERE for more info, and check out the tour trailer HERE.

In 2019 she released her debut EP you ruined new york city for me. The widely lauded EP features her breakthrough hit “Undrunk,” a track that spent several weeks on the Billboard Hot 100, scored the #1 spot on Spotify’s Viral Chart, and emerged as the fastest-rising song at pop radio from a new artist in the past five years.

Released in September 2020, FLETCHER’s EP THE S(EX) TAPES hit No. 1 on iTunes across all genres and drew praise from outlets like Teen Vogue, SPIN, PAPER, GQ, and more, with its gold-certified lead single “Bitter” fast approaching 200 million global streams.

With her music amassing over a billion combined streams worldwide, FLETCHER was also nominated for a GLAAD Media Award for Outstanding Breakthrough Music Artist and landed on Forbes’ 30 Under 30 list for 2022. 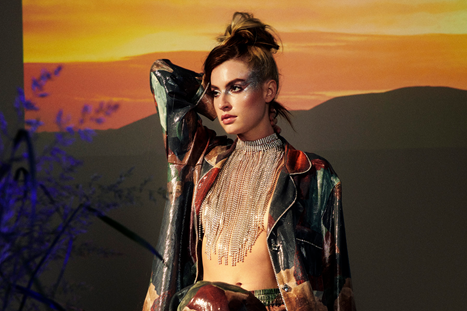 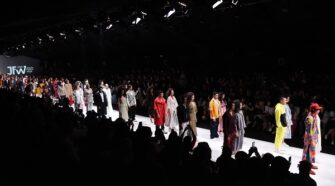