“The trip of a lifetime” – We Rave You

Tickets On Sale Wednesday, June 15 at 10am PT @ https://embershores.com/ 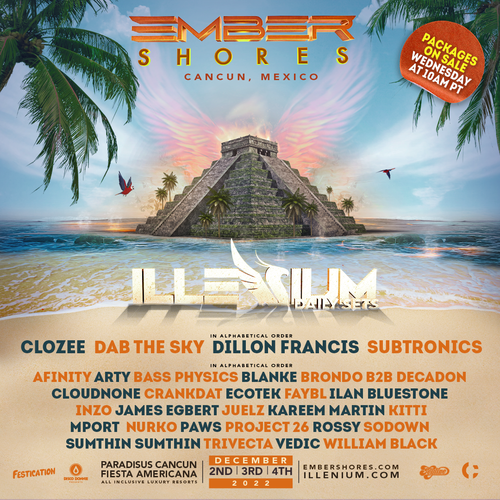 June 14, 2022 — (Cancún, MX) – Fresh off of his electrifying performances at Sunset Music Festival and The Gorge, ILLENIUM, in partnership with Festication (Disco Donnie Presents & Feyline), is excited to reveal the lineup for Ember Shores 2022. This year, ILLENIUM has invited Trivecta, Dab The Sky (Dabin & Said The Sky), CloZee, Rossy, Subtronics, and many more to take the stage at the sun kissed all-inclusive Four Diamond Paradisus Resort and all-inclusive Four Star Fiesta Americana Condesa in Cancún, Mexico, December 2 – 4, 2022.

Described as “star-studded” and “legendary,” Ember Shores raised the bar on the fan-festival experience in its 2021 debut, leaving unbridled anticipation for what this year has in store. Surprise performances, impromptu B2B’s, mind-boggling stage production, white sandy beaches and memories to last a lifetime are just a few things awaiting all who attend this intimate, limited-capacity adventure.

ILLENIUM is inviting his friends, constant collaborators, and breakout artists across a variety of genres to play this year, from trance titans Ilan Bluestone and Arty, to the melodic maestro Cloudnone, along with bass-rattling heavyweights like Crankdat, topped off with a sprinkle of bass, house, and moombahton courtesy of the internet’s favorite DJ, Dillon Francis. The fan experience is a #1 priority for ILLENIUM and Festication and fans can rest assured they will not miss a single set from their favorite artists. Like last year, there will be no set time conflicts across the Phoenix (Poolside), Ember (Beach), & Ignite (Atrium) stages.

“This lineup showcases some of my favorite producers, friends, and up and coming artists. I’m so excited for fans to catch sets from Dab The Sky, Subtronics, SoDown, Bass Physics, and William Black this year! See you in paradise!” – Nick Miller (ILLENIUM) 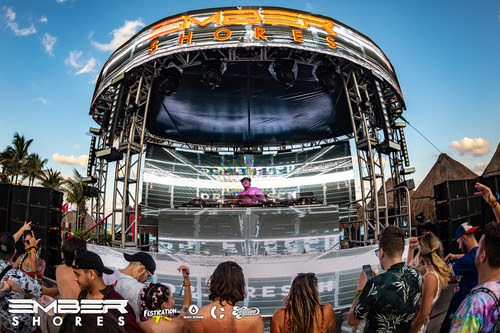 Each guest is considered a VIP and the Festication experience reflects that mission. Packages start at $988 USD per person and include three nights’ stay at either resort with all inclusive food and drink (including alcohol), transportation to and from the resort, and access to every show throughout the weekend. If attendees would like to extend their stay even longer, all inclusive packages are flexible to accommodate. Ember Shores also offers add-ons of exciting adventures off the beaten path, including catamaran expeditions, tours of Mexico’s famous Cenotes and many other excursions. 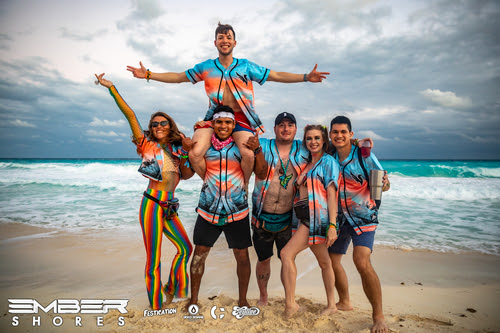 Ember Shores is part of a series of destination festivals and artist-curated events (including Excision’s Paradise Blue and Kaskade’s Sun-Soaked) presented by Festication, a brand founded by Disco Donnie Presents, and Feyline, who share a combined 75 years of experience in live events and festivals. Combined with top-tier production and sets from today’s best headliners, Festication brings unforgettable super-fan experiences to life! 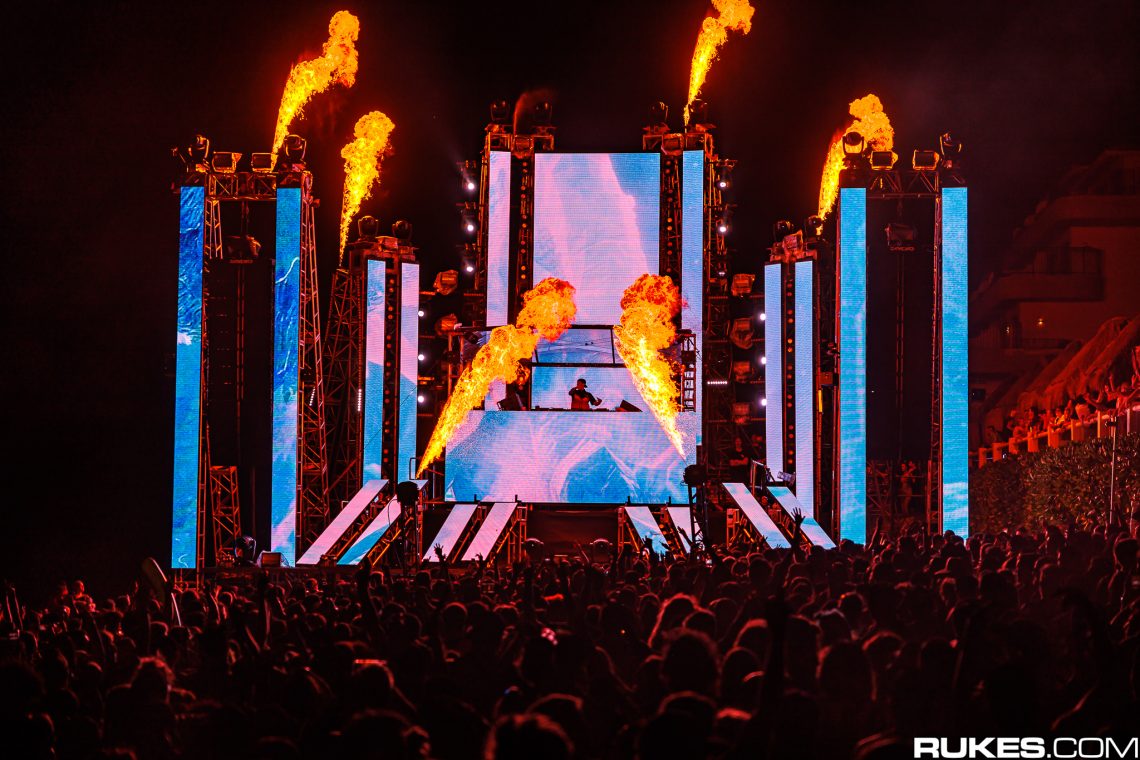 Disco Donnie Presents (DDP)is an award-winning and recognized leader in electronic dance music event production, founded by veteran promoter James “Disco” Donnie Estopinal. Since the company’s inception in 1994 DDP has sold over 17 million tickets producing over 17,000 live events, arena shows and outdoor festivals in over 100 markets around the world including the U.S., Mexico, Canada, and Panama. Annually DDP is responsible for organizing and promoting nearly 1000 club events across the U.S. ranging from Portland, Columbus, Houston, Tampa, New Orleans, Dallas and St Louis to name a few. He is also known for producing major festivals such as The Day After, Ultimate Music Experience, Sun City Music Festival and most recently Ubbi Dubbi, Sunset Music Festival, Ember Shores and Freaky Deaky.

In 1999, Donnie first partnered with Pasquale Rotella, CEO of Insomniac Events. In 2008, the duo merged officially, setting their sights on strategically developing the Insomniac brand throughout the world and making Insomniac a household name. Working together, the pair ushered in events such as EDC Orlando, Dallas, Puerto Rico, New York; Beyond Wonderland Seattle; Nocturnal Wonderland Austin, and co-founded Electric Forest. The partnership also produced hundreds of club shows annually in markets across the U.S.

In 2020, James “Disco Donnie” Estopinal announced he re-acquired sole ownership of Disco Donnie Presents (DDP), the namesake company he founded 26 years ago. This historic acquisition concludes an epic eight-year journey through being the first company acquired by SFX, surviving SFX’s subsequent bankruptcy, becoming a part of LiveStyle, and delivering fan refunds in the face of COVID-19 festival cancellations.