When you think about Jackson Mississippi, what is the first thing that comes to mind? What probably isn’t the first thing that you think about is “fashion”. The East and the West are viewed as the fashion regions of the United States. With fashion cities such as New York, Atlanta and Miami on the East coast and Los Angeles, Aspen and San Francisco on the West coast. It’s really hard to argue, however, there are cities in the middle of the South such as Jackson that often times get overlooked for if nothing else, their locations.

During my most recent trip to Jackson Mississippi, I had the pleasure of photographing Ms. Dominique Whitfield. Dominique is a fashion runway model who lives in Mississippi. She was voted Model of the Year in Jackson for 2016) Dominique provided me with some insight into the fashion realm of Jackson.

Dominique: “Unfortunately when it comes to modeling and the fashion industry, Jackson Mississippi is often overlooked. People shouldn’t underestimate Jackson just because we’re in Mississippi. There are a lot of women who know how to walk the runway.” (Jackson has a lot of fashion designers and offers its residents several fashion shows during the course of the year)

Dominique: “Last year Kenneth Marshall, a Stylist and Runway Coach held a fashion show right across the street at the Amtrak Train station” (The station has a beautiful overlook and is surrounded by recently renovated buildings, trees, plants and flowers) I meet Dominique at the Barnes and Nobles Bookstore at the Renaissance Colony Mall. This is an outdoor mall with individual clothing boutiques as well as established clothing stores. You will find Brooks Brothers, Talbot, Red Square and White House Black Market to name a few.

At first glance you would mistake this mall for a golf course. There are fountains that surround the entrance of the property as you drive into the main corridor. People who have visited the Renaissance have used words such as “beautiful”; “picturesque” and “amazingly designed” to describe the landscape. The Renaissance is a popular destination for prom and wedding photos, as well as individual photo shoots. (I took the liberty of taking a couple of practice shots of a cosmetologist from Sephora before meeting with Dominique)

Dominique: “Don’t get me wrong, Jackson is not perfect. It still has its issues, however Downtown Jackson is making a big turnaround.” (Jackson is currently undergoing a new wave of construction that will provide new restaurants and businesses in the area.) “All we are asking for is for an opportunity to show the rest of the world what we have to offer within the fashion industry.” (I will be conducting a follow up piece to this article sometime in the summer.)

I stayed at the newly renovated Hilton Garden Inn located at 235 West Capital Street in Downtown Jackson. (The Hilton Garden Inn is conveniently located right across the street from the Amtrak train station. The Hilton Garden Inn was formerly known as the King Edward Hotel) If you’re looking for Southern charm, and an extreme value for your money for your hotel stay, look no further, the Hilton Garden Inn is the choice for you. Some of the amenities include a fitness center, swimming pool and a business center. The hotel also features a restaurant/bar/lounge called the King Henry. You won’t have to worry about your vehicle because the hotel has valet parking. Everything is within walking distance so if the weather is nice, try walking around the neighborhood. One of the things that I really enjoyed was the hidden paintings and drawings located across the downtown area.

As Jackson is currently undergoing its reconstruction process, many artists have left their mark on various buildings, walls and electric junction boxes. I took the liberty of taking some photos. It’s going to take some time, but the models, artists and fashionista’s of Jackson Mississippi want to send a message to the rest of the world, are you willing to listen? In part 2 of our fashion feature I am going to take you to a different side of Jackson and introduce you to the next faces of fashion in Jackson.

Oh Polly’s Set to Open an Ultra-Glam Ibiza Pop Up Shop for 3 Days Only! 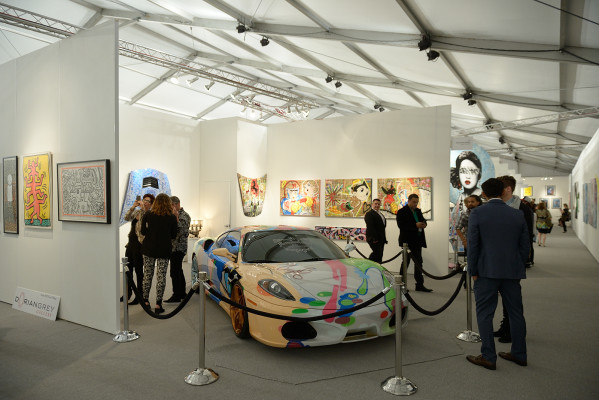