Today, Fashion 4 Development (F4D) announced plans for the organization’s return to the global stage with three marquee events during the 77th Session of the United Nations General Assembly (UNGA), including the 10th Anniversary of the Annual First Ladies Luncheon.

UN ambassadors, heads of delegations, diplomats, fashion and entertainment VIPs, and prominent climate change activists from around the world will gather to support both the UN Sustainable Development Goals and F4D’s efforts to promote positive strategies for sustainable economic growth.

F4D will be awarding Agents of Change awards to those addressing food security, extreme poverty, education, and those taking action for a healthier planet, preservation of culture, and the empowerment of women and children.

Evie Evangelou is the president and founder of F4D, which was established to support the United Nations Millennium Development Goals in cooperation with the office of UN Secretary-General Ban Ki Moon and in support of “Every Woman, Every Child.”

Evangelou introduced F4D’s global awareness campaign at the inaugural First Ladies Luncheon initiative in 2011. She has served as interim Deputy Secretary General for the World Federation of the United Nations and used her expertise in cultural diplomacy and international relations to launch F4D.

“I am thrilled to bring together leaders and change-makers from around the world to leverage the expression of fashion for sustainable economic growth and independence of communities worldwide,” said Evie Evangelou, president and founder of Fashion 4 Development and founder of the campaign Sustainable Living is the New Fashion.

“Fashion 4 Development is about so much more than just apparel and accessories. It’s about sustainable lifestyle, and we are proud to convene international thought leaders from the United Nations, Human Kind, and our other global partners to share ideas and inspiration for how we can improve sustainable systems – inspiring responsible social change from what we wear to what we eat and how we live.” 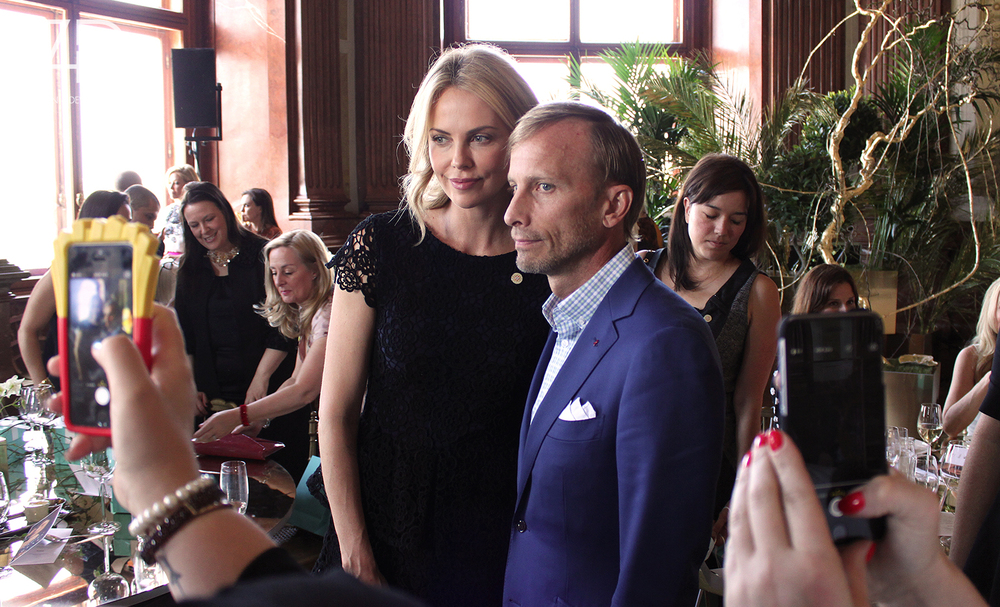 The 2nd Annual Sustainable Goals Banquet on Monday, September 19th at 6:30 PM ET will be MCed by F4D Founder Evie Evangelou and co-MCed by Founder, CEO and Chief Mentor of ThreeEQ Jason Ma.

It will feature specially curated plant-based cuisine, a fashion exhibit on preserving culture, a floral fashion runway dance by Princess Lockerooo, and a live musical performance by Grammy Award winner Dionne Warwick, who will perform the song “Free,” written by award-winning songwriter Diane Warren and produced by Dionne Warwick’s son, Grammy Award winning producer Damon Elliott. The song is part of the initiative Musicians in the Key of Free, in support of refugees worldwide.

At the banquet, F4D presenters including Earthday Network President Kathleen Rogers, Film Producer Michael Simkin, and Education Above All Foundation’s Youth Advocate Ayan Said will present honorees with the Agents of Change awards. The honorees include:

The 10th Annual First Ladies Luncheon on Tuesday, September 20th at 11:30 AM ET will be MCed by F4D Founder Evie Evangelou and co-MCed by Keynote Speaker and Angel Investor Dame Didi Wong, who will also be inducted into the exclusive F4D Leading Ladies club at the event.

The first-of-its kind fashion show will open with an original song from artist and produce Celia Babini AKA CIB, and will feature a mix of pieces from the BY. Bonnie Young collection paired with vintage designer pieces from Shannon Hoey’s New York Vintage.

The runway will showcase a modern twist on fashion from various decades – all while focusing on zero waste, locally made and upcycled materials. The luncheon will also present an installation of mannequins, each representing a different decade with iconic pieces from various notable designers.

The luncheon will feature remarks by a special speaker New York State Senator Alessandra Biaggi, and remarks by Kim Macharia, executive director of Space Prize. There will also be a special presentation of the song “Applause” – written by Diane Warren and performed by Sofia Carson.

The song is from the film Tell It Like A Woman, which is produced by Iervolino & Lady Bacardi Entertainment in association with We Do It Together, a non-profit film production company dedicated to gender parity. The performance will be presented by Chiara Tilesi, founder of We Do It Together.

Closing the luncheon with a musical performance will be Sirintip, an award-winning experimental trilingual singer and composer with clout in both the pop and jazz worlds. Her new album “Carbon” was recorded at carbon-neutral Manifold Recording, and centers around climate change.

The event gathers first ladies and royals from around the globe, as well as diplomats, philanthropists, fashion VIPs, and other key influencers to celebrate the unprecedented cooperation between diplomacy and fashion. Award presenters include Sen. Biaggi and Philanthropist and F4D Ambassador for Africa, Dr. Precious Moloi-Motsepe, and will honor:

Ultimately, F4D will partner with the Human Kind Institute for a Film Series on Wednesday, September 21st from 11:00 AM – 6:30 PM ET at the Museum of Modern Art. The film series is in cooperation with the 17th UN Associations Traveling Film Festival where films of positive social change, social impact and creativity will be presented, followed by expert panel discussions.

ASVOFF of Paris has also curated a sustainable fashion series for the screening. The event will feature the global premiere of the film Human Kind, based on the book Be Your Own Harmonist by Lola Till. Lastly, following the screening of the CNN and HBO Max film Navalny, there will be a discussion moderated by CNN anchor Poppy Harlow, and more.

“Human Kind is proud to support and be a part of this screening of compelling films that highlight positive social change, social impact and creativity,” said Lola Till, founder of the Human Kind Institute. “I hope these incredible stories and the subsequent discussions inspire us all to make significant shifts in our lives towards a more sustainable lifestyle and world.”

To learn more about F4D, please visit: http://www.fashion4development.com and to RSVP for the events, contact [email protected].

Fashion 4 Development (F4D) is a private sector global platform founded by Evie Evangelou in January 2011 in cooperation with UN Secretary-General Ban Ki Moon to support the United Nations Millennium Development Goals and “Every Woman, Every Child”.

In 2015 F4D committed to support the 17 UN Sustainable Development Goals and place a significant focus on sustainable lifestyle practices for a healthier world. Fashion 4 Development’s tagline – “Giving Back is the New Luxury” – and its message to promote positive social change are being received with open arms around the world, with initiatives in over 20 countries.

The Human Kind Institute exists to liberate creative minds and fuel imagination. Before technology, before material outcomes, it is our shared consciousness and mutual benevolence that will guide us towards a positive future.

By bridging the gap between art and technology, spirituality, and science, we will encourage evolutions in education and sustainable lifestyle practices. Through a key focus on wellbeing, we will encourage, and nurture healthy mindsets fit for the challenge ahead.

Next Amal Spices Up The Coconut Grove Brunch Scene 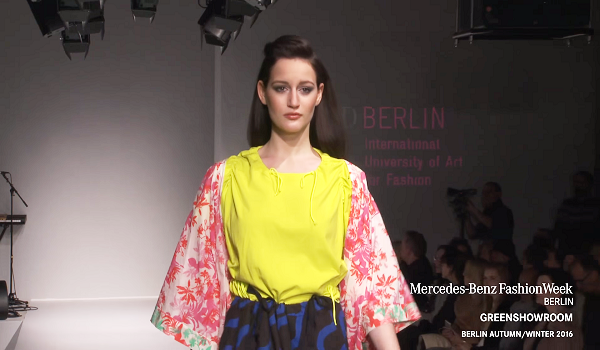