FAIR WARNING – ROYAL JEWELS GO ON THE BLOCK AT SOTHEBY’S

The Sotheby’s New York auction of one among only three original film posters known to exist of Karl Freund’s 1932 motion picture “The Mummy” may be the biggest draw among serious collectors this month. But in a few weeks, attention will shift to the auction house’s Geneva gallery where a fleet of private jets will probably be headed when “Royal Jewels from the Bourbon-Parma Family” goes under the hammer. The auction showcases breathtaking pieces unseen in public for centuries including dazzlers once owned by the tragically misunderstood Marie-Antoinette (1755–1793). So not only is this collection of resplendent opulence but nearly invaluable for their distinguished provenance.

Along male lineage, the House of Bourbon-Parma descends from the French Capetian dynasty and spans across some of Europe’s ruling families that have comprised Kings of France and Spain, Emperors of Austria, and the Dukes of Parma. Since the announcement of the sale from the family collection, Sotheby’s has held previews of the pieces in Milan, Munich, Cologne, Dubai, and Hong Kong. Following the showing here, it continues on to London, Singapore, and Taipei before concluding in Geneva for the auction.

Highlights of the collection include a diamond tiara (Hübner, circa 1912 estimated at $350,000-550,000); and a deep blue Ceylonese sapphire brooch encircled by diamonds (circa 1900 estimated at $150,000 – 250,000), a wedding gift to the Archduchess Maria Anna of Austria from her mother. But it will be the pieces that include stones once owned by Marie-Antoinette herself that will, without a doubt, generate the most interest such as: the pearl and diamond pendant (estimated at $1-2M); and the six-strand pearl and diamond necklace (estimated at $5,000-$8,000) reset with the unaltered clasp, which was formerly from one of the queen’s pearl bracelets. There are other pieces in the collection composed of stones of multiple royal provenances, appropriated into their current settings. The diamond parure (estimated at $300,000-$500,000), for instance, holds 95 diamonds, five of which are solitaires that belonged to Marie-Antoinette, some that once adorned the sword of the Duke of Berry, and one pear-shaped stone from the collection of the Archduchess Isabella of Austria, Princess of Croy (1856-1931). 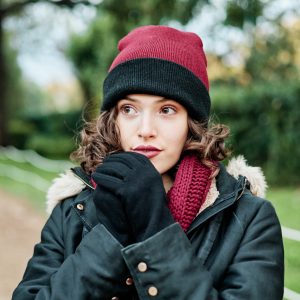 10 Essentials To Consider When Buying Gloves This Winter