ELLE Editor-in-Chief Nina Garcia and SVP & Publisher Kevin O’Malley, along with presenting sponsors L’Oréal Paris and “Real is Rare. Real is A Diamond.”and supporting sponsor CALVIN KLEIN, brought together the honorees and presenters along with fellow artists, legends and leaders from across the industry, for this year’s dinner awards celebration.

In addition to being feted at the annual awards dinner in Los Angeles, the honorees are also featured on individual covers

of ELLE’s November Women in Hollywood issue, on newsstands now. You can view the portfolio on ELLE.com.

ELLE is the No. 1 fashion magazine brand in the world, with 46 editions, 34 websites, and more than 158 supplements worldwide. The ELLE U.S. brand reaches over 29 million influential readers, users, fans and followers across all platforms and inspires women to explore, cultivate and celebrate their personal style in all aspects of their lives. ELLE is owned by the Lagardere Active group (France), and ELLE U.S. is published by Hearst Magazines, a unit of Hearst, one of the nation’s largest diversified media, information and services companies. With 20 titles in the U.S., Hearst is the largest publisher of monthly magazines with a total paid circulation of nearly 30 million (AAM 1H 2017). Hearst Magazines’ print and digital assets reach nearly 123 million readers and site visitors each month–nearly two-thirds of all women and millennial women in the country. (source: 2017 comScore Multi-Platform // GfK MRI Media + Fusion (06-17/F16)). For more information visit ELLE.com, or follow ELLE on Twitter (@ELLEmagazine), Facebook (facebook.com/ELLEmagazine), Google+ (plus.google.com/+ELLE), Instagram (@ELLEUSA), Pinterest (pinterest.com/ELLE), or Tumblr (ELLE.tumblr.com).

The L’Oréal Paris division of L’Oréal USA, Inc. is a total beauty care brand dedicated to empowering women by offering the most luxurious and innovative products and services available in the mass market.  The brand’s signature tagline, “Because I’m Worth It,” was born in the United States in 1971 to celebrate the beauty and intrinsic self-worth of women, and for more than 100 years, L’Oréal Paris has been providing women around the world with products in four major beauty categories:  hair color, haircare, skincare and cosmetics. With L’Oréal’s invention of hair color in 1909, the brand continues to serve as the leading innovator of hair products across color, care, and styling with brands such as Superior Preference, Féria, Excellence Crème, Advanced Haircare, the Ever Collection, Advanced Hairstyle, and Elnett Satin Hairspray. L’Oréal Paris provides scientifically-advanced skincare products that are clinically proven to address individual skin concerns through its renowned brands Revitalift, Hydra Genius, Age Perfect, and Sublime Bronze.  L’Oréal Paris’ iconic cosmetics collections include Infallible, True Match, Colour Riche, Voluminous, and Visible Lift. For more information about L’Oréal Paris and to receive personalized advice, expert tips, and exclusive content, please visit www.lorealparisusa.comor follow on Instagram (@LOrealMakeup, @LOrealHair, @LOrealSkin, @LOrealMens), Snapchat (@LOrealMakeup), Twitter (@LOrealParisUSA), Facebook (@LOrealParisUSA), and Pinterest (@LOrealParisUSA).

ABOUT “REAL IS RARE. REAL IS A DIAMOND.”

“Real is Rare. Real is A Diamond.” – created by the Diamond Producers Association (DPA) – is the diamond industry’s first category marketing initiative in a decade. The Diamond Producers Association is an international alliance of the world’s leading diamond mining companies who are united in their commitment to best-in-class ethical and sustainable operations and transparent business practices. Together, DPA members represent the majority of world diamond production. The DPA mission is to protect and promote the integrity and reputation of diamonds, and of the diamond industry.

CALVIN KLEIN is a global lifestyle brand that exemplifies bold, progressive ideals and a seductive, and often minimal, aesthetic. We seek to thrill and inspire our audience while using provocative imagery and striking designs to ignite the senses.

Founded in 1968 by Calvin Klein and his business partner Barry Schwartz, we have built our reputation as a leader in American fashion through our clean aesthetic and innovative designs. Global retail sales of CALVIN KLEIN brand products exceeded $8 billion in 2015 and were distributed in [over] 110 countries. CALVIN KLEIN employs over 10,000 associates globally. We were acquired by PVH Corp. in 2003. 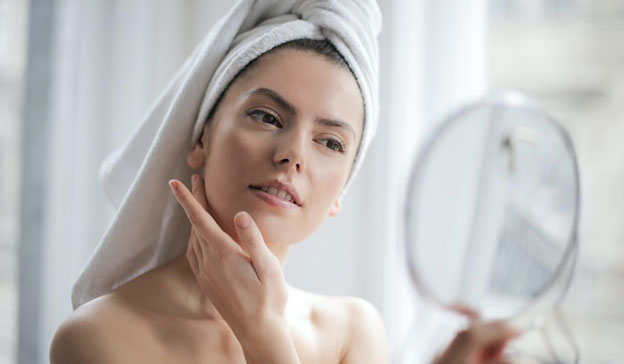