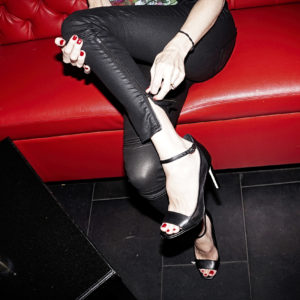 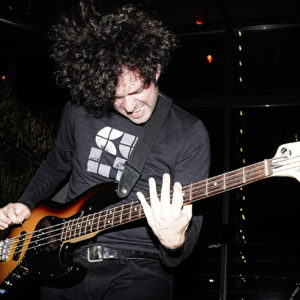 Lucas Asher, Eric Scullin, Dimitri Farougias and Christian Hogan make up Faulkner and hail from NYC and Venice. Since the band’s emergence in 2013, the hard rockers have hit the ground running on their journey to fame. Landing their unfinished demo of their song “NY Anthem” in the hands of RZA, the Wu-Tang Clan mastermind, lead to their first major collaboration.

CULT’s statement making denimology was displayed throughout the venue, with not only the band and guests dressed in CULT OF INDIVIDUALITY but staff was also fitted in Poisson’s best selling styles in the candle lit lounge. Combining his expertise in denim with his affinity for music CULT SESSIONS launched to a capacity crowd of fans. With cocktails conveniently named The Rip and Repair, The Wash Master and Faulkner’s “NY Anthem,” guests were able to mingle in the rooftop lounge where they were surrounded by palm trees, candles and good vibes during which HD videos displayed slides of the CULT of Individuality FW16 lookbook.The retractable roof opened up to display the hues of the summer New York City sunset as the DJ set the mood for the remainder of night while the fashion and music industry’s movers and shakers danced the night away,

Poisson evolved his vision of a denim empire that is fueled by a culture of jean junkies with an authentic soundtrack allowing CULT to be the perfect hybrid of music and fashion. “CULT of Individuality has individuality to it” remarked Poisson at the event. “It’s hard to be part of a cult and be an individual just as it is to be an individual in a cult. When we talk about this cult, we talk about a community of people that are outside the norm and people who really want to make a statement.”

ABOUT CULT of Individuality
Since 2009, Cult of Individuality has forged a reputation as the Jeansmith to the One. The misfit, the dreamer, the trailblazer, the contrarian and the upstart. Each a Cult of their own.

At Cult of Individuality, our designers feed off the passions of them all – their inspiration helps to fuel a new vision for an otherwise universal fabric. We use denim as the canvas for personal style, for exploration and expression. We craft new takes on the classics, using old methods mixed with new, producing fresh ideas, styles, washes – all uniquely worn, weathered and personalized with Cult’s particular take. 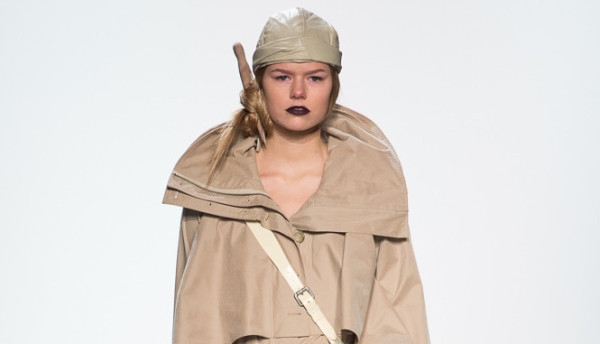