This immersive evening of beer, art and food was co-hosted with publications New York Style Guide and Miami Style Guide.

Each artist was given one of Concrete Beach Brewery’s four beers that were available in the food and beer pairing tasting, and were asked to create their own unique live painting incorporating the beer they were given into the painting.

Celebrity Chef Nik paired her amazing food with a sampling of four Concrete Beach beers: new Coastal Clara, flagship Havana Lager, brewery favorite Más Hops and a sneak peek at limited release Deck the Walls, which officially was released two days later, in cans on December 7th. She paired each beer with a unique bite of gourmet food to bring out the beer profiles that Concrete Beach Brewery produces.

“We are thrilled to re-introduce our Deck the Walls spiced imperial porter this year, “said Eric Hernandez, Head Brewer of Concrete Beach Brewery. “I’m particularly excited for the Come to Your Senses event, introducing the pairing component, it was a blast to work with Chef Nik and highlight flavors in both the bites and beer.”

DJ Law spun an amazing mix of tunes from the 80s to current and kept the party going throughout the night.

It was a wonderful evening to kick-off the Art Basel 2019 Weekend!

For more information on Concrete Beach Brewery you can reach them here: https://concretebeachbrewery.com

Previous The Deck at Island Gardens

Next The Benefits of Having a Beard

Art Basel and Miami Art Week 2018 – When, Where and More Information 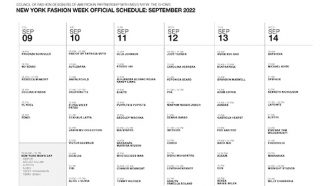 New York Fashion Week – NYFW – September 2022 Schedule We look forward to attending and covering New York Fashion Week this season for our 20th time. It is always a great time seeing all of our friends in the industry, as we are all just a great big family. Checkout out our upcoming coverage …