CIARA, DAN + SHAY, HALSEY AND TORI KELLY ADDED TO THE ROSTER OF STAR-STUDDED PERFORMANCES ON THE “2019 BILLBOARD MUSIC AWARDS”

SANTA MONICA, CA – dick clark productions and NBC announced today that more top artists will join the list of star-studded performances at the “2019 Billboard Music Awards.” Chart-topping singer/songwriter Halsey will take the stage for a solo performance of her #1 Billboard Hot 100 hit, “Without Me” in addition to her previously announced collaboration with BTS; multi-platinum selling artist Ciara will debut her new single “Thinkin Bout You” for the first time on television; and country superstars and seven-time 2019 Billboard Music Awards nominees Dan + Shay will perform with singer/songwriter Tori Kelly.

Ciara has earned more than 20 hits on the Billboard Hot 100 chart, six hit albums on the Billboard 200, and sold over 15 million albums and songs in the U.S., according to Nielsen Music. She’s scored No. 1s across an array of Billboard’s charts with singles like “Goodies,” featuring Petey Pablo; “1, 2 Step,” featuring Missy Elliott; “Oh,” featuring Ludacris, “Promise,” “Body Party” and her 2018 hit “Level Up,” along with garnering other Billboard charting hits like “Get Up,” featuring Chamillionaire; “Love Sex Magic,” featuring Justin Timberlake and “I Bet.” In total, her catalog of songs has tallied more than 2 billion on-demand streams in the U.S. 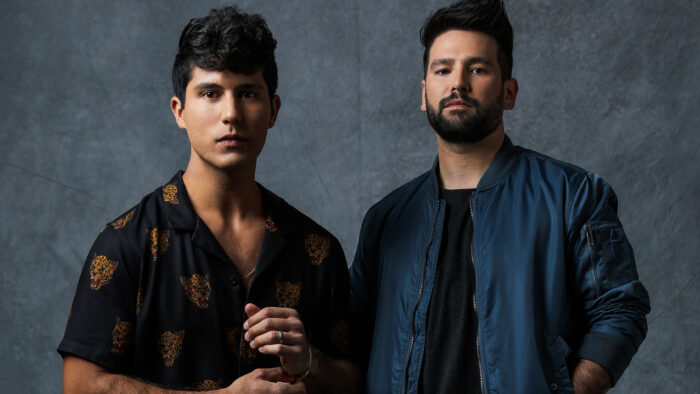 Dan + Shay — Dan Smyers and Shay Mooney — scored their first No. 1 on Billboard‘s Hot Country Songs chart in 2018 with “Speechless,” which kept the position for nine weeks. The pair then completed a record 54-week trip to the top of Hot Country Songs with the four-week second leader “Tequila,” becoming the first act to replace itself at the chart’s summit since 2014. The two tracks are among the pair’s five No. 1 singles on the Country Airplay chart and six top 10 hits on the Hot Country Songs chart, stretching back to 2014’s “19 You + Me.” The duo has also logged a pair of No. 1 on the Top Country Albums chart, including their most recent self-titled project, which also became their third consecutive top 10 album on the all-genre Billboard 200 chart.

In 2015, Halsey launched at No. 2 on the Billboard 200 with her debut studio album Badlands. A year later, she scored her first No. 1 Billboard Hot 100 single, as featured on The Chainsmokers’ “Closer.” She tallied her first Billboard 200 leader, Hopeless Fountain Kingdom, in 2017, while 2019 brought her first Hot 100 No. 1 as a lead artist, “Without Me.” She has earned four No. 1s on the Pop Songs chart, with her latest, “Eastside,” with Benny Blanco and Khalid, replacing “Without Me” directly at the summit. “Billboard Music Awards” nominees and winners are based on key fan interactions with music, including album and digital song sales, streaming, radio airplay, touring and social engagement, tracked by Billboard and its data partners, including Nielsen Music and Next Big Sound. The awards are based on the chart period of March 23, 2018 through March 7, 2019. Since 1940, the Billboard charts have been the go-to guide for ranking the popularity of artists, songs and albums, and are the ultimate measure of success in music.

The “2019 Billboard Music Awards” are sponsored by T-Mobile and Xfinity.

For the latest news on the Billboard Music Awards (BBMAs) visit www.billboardmusicawards.com and  www.billboard.com/bbma. For exclusive content and more, be sure to follow the BBMAs on social media and join the conversation by using the official hashtag for the show, #BBMAs. Twitter: @BBMAs  Facebook: FB.com/TheBBMAs  |  Instagram: bbmas  | Snapchat: thebbmas  | YouTube: youtube.com/bbmas

You Think You Can Dance” from 19 Entertainment and dcp. dcp also owns one of the world’s most unique and extensive entertainment archive libraries with over 60 years of award-winning shows, historic programs, specials, performances and legendary programming. dcp is a division of Valence Media, a diversified media company with divisions and strategic investments in premium television, wide release film, specialty film, live events and digital media. For additional information, visit www.dickclark.com.

Billboard is the world’s largest voice in music, built on the most complete and well-respected database of charts across all music genres. The Billboard charts define success in music. From the iconic Billboard magazine to Billboard.com, the ultimate consumer-facing destination for millions of passionate music fans, to the industry’s most elite conference series and influencer events including the Power 100 and Women in Music – the Billboard brand has unmatched authority among fans, artists and the industry alike. Billboard has a social media footprint of 25.5M+ million social followers across Facebook, Twitter, Instagram, and YouTube, and creates more than 160M+ cross-platform video views per month.