Galerie Gmurzynska is delighted to present a selection of works by Christo (1935-2020) in celebration of the city of New York and the late artist’s relationship to it, as well as other significant sites in the United States during the half-century that Christo lived and worked in America.

Nature/Environments, which will be on view from now through December 31, includes works from 1968-2013, spanning decades of both the city’s history as well as Christo’s career. This exhibition runs in conjunction with Nature/Environments at Galerie Gmurzynska Zurich, which showcases Christo’s European works. These exhibitions are an homage to the late master upcoming L’Arc de Triomphe, Wrapped, to be shown in Paris September 18 – October 3, 2021. It was Christo’s wish that this remarkable project, originally devised in 1961, be carried out posthumously.

The exhibition at Galerie Gmurzynska US features a series of preparatory collages for The Gates (Project for Central Park, NYC). Originally written off by New York officials and eventually approved and installed twenty-six years later in 2005, the project soon became iconic and beloved imagery of the city. On display for only sixteen days, the project remains a strong and well-known example of Christo and Jeanne-Claude’s large-scale, site-specific, transient work. The ephemeral nature of the work, according to the artist duo, serves to create a sense of urgency to be seen, but also to instill a feeling of nostalgia once it is gone. When viewing the collages, those who experienced The Gates cannot help but long to see them again, and those who didn’t have the pleasure of seeing them in person cannot help but wish they had. These detailed plans for the larger-than-life project prompt a different way of thinking about the installation. It is an opportunity to see the inner workings of Christo’s mind over the course of decades while this project progressed and came to fruition. While many elements of the outside world changed over those twenty-six years, Christo’s vision of the saffron gates and fabric panels lining the walkways of Central Park persisted.

Biscayne Bay was also lucky enough to be the site of one of Christo’s colossal projects; the works from Surrounded Islands (Project for Biscayne Bay, Greater Miami, Florida) depict plans for eleven manmade islands in the bay to be encircled with 6.5 million square feet of bright pink floating polypropylene fabric. First conceived in 1980 and constructed only a few years later in 1983, the work was finalized quite quickly compared to The Gates, but the effort remained huge, as with all of Christo and Jeanne-Claude’s projects. The work needed to physically prepare and clean up the islands was intensive, the mechanisms to secure the fabric were extensive, and the maintenance was constant during the two-week duration of the project. The vivid pink against the lush green islands, blue water, and Miami sky could be seen from causeways, land, water, and air. One can imagine from the preparatory works exhibited, just how striking the effect was in person. In 2018, the Pérez Art Museum Miami mounted an exhibition to commemorate this profound work on the 35th anniversary of its installation.

Whereas The Gates and Surrounded Islands represent material achievements of Christo and Jeanne-Claude’s concept, many of their projects went unrealized in their physical form. Among these are Lower Manhattan Wrapped Building (Project for 2 Broadway and 20 Exchange Place, New York) and Packed Building (Project for 1 Times Square, Allied Chemical Tower, New York). Christo and Jeanne-Claude had imagined wrapped buildings in Europe prior to their arrival in New York in 1964, but these were among the first they had logistically attempted to transform into reality. Both projects were ultimately denied, if not by the owners, by the insurance companies. One can imagine the frustration as Christo and Jeanne-Claude strived to have their projects realized, constantly navigating red tape and raising money; each and every one of their projects entirely funded at their personal expense, any sale made being poured right back into the next installation. It is apparent from the detailed plans, that these seemingly simple ideas have complicated, monumental, and expensive executions. Those that materialize produce deliberate and unforgettable works that encourage the viewer to consider how he or she relates to the landscape and to the built world.

Whether realized or not, this selection of preparatory drawings and collages represents works that are at their core accessible, immersive, fleeting, and of course fueled by the artists’ tenacity of purpose. This show offers a unique insight into Christo’s designs and the evolution of each of these US-based projects, all unique and site-specific, yet grounded in the same ideas.

Christo is a world-renowned artist who creates site-specific temporary environmental works, which have been co-authored with his wife Jeanne-Claude until her death in 2009. Christo and Jeanne-Claude were born on the same day in 1935, and they met in Paris in 1959 where Christo was working as an artist. Associated with the French movement, Nouveau Réalisme, Christo used found objects in his earlier works, wrapping cars or furniture, and slowly advanced to grander scales once he began to collaborate with Jeanne-Claude in 1961, with their covering barrels in the port of Cologne. The couple moved to the United States in 1964 and worked on designing storefronts to fund their grander ambitions. In 1968, the artists were invited to exhibit at documenta 4 in Kassel. Over decades of ideation and bureaucratic management, the artists collaboratively created works unprecedented in scale. Some of their most famous projects include ‘Running Fence’ along the California coast (1976), ‘The Pont Neuf Wrapped’ in Paris (1985), ‘Wrapped Reichstag’ in Berlin (1995), and ‘The Gates’ in New York’s Central Park (2005). Their works are held in the collections of the Los Angeles County Museum of Art; the Musée d’art modern et d’art Contemporain, Nice; the Boca Raton Museum of Art; and the Cleveland Museum of Art, among others.

Founded in Cologne, Germany in 1965 and now housed in a landmark building at Paradeplatz in Zurich, Switzerland Galerie Gmurzynska is an internationally renowned gallery known for its museum quality and uniquely curated exhibitions. In 2018, the gallery opened a location in New York’s historic Upper East Side. Situated between The Metropolitan Museum of Art and the Met Breuer, this location offers a fitting blend of the traditional and the modern in a historic area known for its premier and accredited cultural institutions. Galerie Gmurzynska is proud of its long-standing collaborations with these institutions. The gallery has mounted numerous critically acclaimed exhibitions and has been instrumental in many museum retrospectives. Galerie Gmurzynska represents the estates of esteemed artists such as Yves Klein, Wifredo Lam, Roberto Matta, Louise Nevelson, and Antonio Saura. 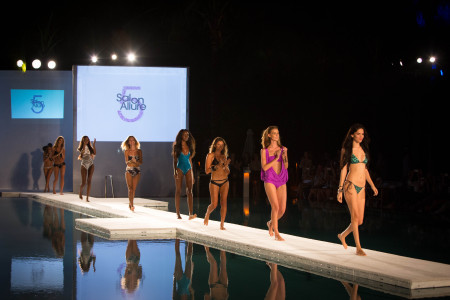