When Bravo’s Project Runway premieres its 17th season, Christian Siriano, who had won the reality design competition duringits fourth year, will be joined by Karlie Kloss to take over from the departing Tim Gunn and Heidi Klum. While his return is in the new role of mentoring to fledgling designers, it’s not entirely unfamiliar a terrain. Whereas the destination of his Spring Summer 2019 aesthetic sojourn is a place he hasn’t even had a chance to visit yet – Hawaii. Nonetheless, the islands’ postcard pretty panoramas along with their mix of indigenous Hawaiian, East Asian, and North American cultures did serve ably as a fantasy inspiration for Mr. Siriano’s particular brand of glamour wear.

And there’s much to like in these camera-and-red carpet-ready looks, which were made available for closer scrutiny at his showroom this month following their NYFW debut. The tropical florals, flamingo pink and chartreuse shades, python, tiger and leopard prints all conspire to deliver a lush and sultry collection, abetted by slinky silhouettes and high slits. That tigers and leopards aren’t exactly native to Hawaii is a moot point considering how well the pieces are designed for dramatic entrances. A decidedly head turning crystal-encrusted white pant suit for example, favored by Fashion Scoops’ Patricia Maeda at the press viewing, is an ensemble rife with arch possibilities. Then there are the ballgowns that turn the dial all the way up to operatic levels. Their impressive internal constructions give the garments swirling lines that, along with artfully placed ruffles and ruching, suggest perpetual motion.

What is perhaps truly groundbreaking here though, in the totality of its presentation, is the diversity of those who modeled the collection at NYFW. The presence of Joss Corona, Candice Huffine, and even actor Nico Tortella on the runway demonstrated once again Mr. Siriano’s commitment to making his line accessible to women of all shapes, sizes and races, and yes, even men who may not be averse to adding a dress or two to their wardrobes. Ultimately, it’s an inclusive kind of glamour and confidence that is the label’s finest feature.And in this current socio-political maelstrom, it seems an ever more relevant point that should prompt any woke fashion editor to say “Mahalo Christian Siriano”. 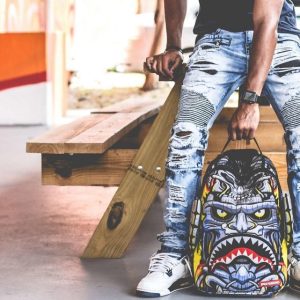 What Is Your Style Missing?