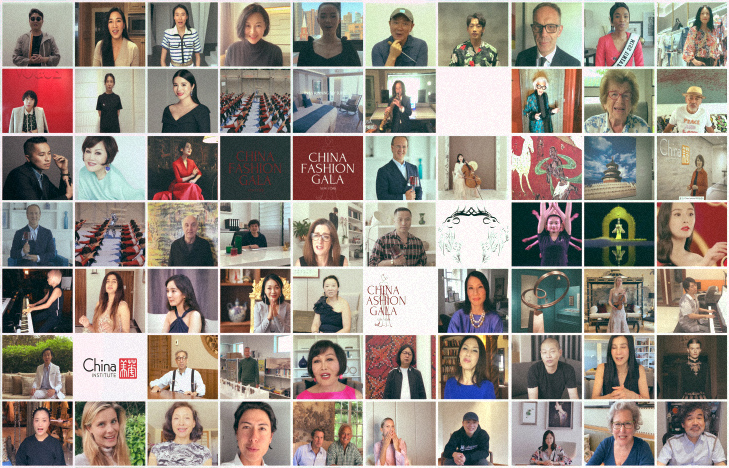 On Thursday, July 23, 2020 The China Institute and the Yue-Sai Kan China Beauty Charity Fund (CBCF) co-presented the China Fashion Gala 2020 virtually. This annual celebration serves as a platform for emerging Chinese talent and design internationally. It is also a forum for recognizing individuals whose contributions have helped position China at the forefront of global fashion and beauty.

Some of the evening’s highlight’s included a private 40-minute live cocktail party via Zoom with honorees immediately preceding the gala, a globe-spanning opening performance by Quincy Jones Productions; a special dance of the Thousand Hand Bodhisattva performed by members of the Chinese People’s Art Troupe of People with Disabilities; and a fashion presentation by Chinese couture designer Xiong Ying, who showcased her creations under the Heaven Gaia label. So far the China Fashion Gala 2020 has raised $600,000. They have an online silent auction on 32auctions.com  that will be open until July 30. Proceeds from the silent auction will benefit the many diverse programs of China Institute, the oldest independent, non-profit organization in America to focus exclusively on China.

To learn about the China Fashion Gala

Next The Importance Of Self-Care: Benefits of Futurism

The Cobblers Craft and Sustainability Through Master Artisans