Born in Odessa, Ukraine on June 9, 1978, gallerist Dmitry Prut grew up as the only child of his father, Sam, a ship engineer and his mother Yana, an accountant. He is the grandson of Odessa Port Chief Engineer David Prut, and great-grandson of Ukrainian Navy General Leo Prut.

At an early age, his parents recognized his artistic talent as a child after observing his natural inclination to paint and sculpt. At the age of seven, Prut demonstrated exceptional creative ability and was enrolled in Odessa’s prestigious children’s Avantgarde Institute (which inspired the name, Avant Gallery) and later the House of Pioneers.

In 1989, when Prut was 11, his family moved to America and settled in Brooklyn, New York. By the time Prut graduated high school, he had accumulated offers from the most prestigious art schools in the nation. Turning down acceptance letters from Parsons School of Design, The Pratt Institute and FIT, he opted to attend the Baruch College Zicklin School of Business where he earned a degree in marketing. The decision proved to be opportune, when as a sophomore and just 19 years old, Prut launched one of the first automotive wrap advertising companies in the country – DMV Media. While billboards and taxi ads had become a mainstay, Prut took the idea one stepfurther by completely engulfing automobiles in advertising. He soon reached a deal with the NYC Taxi & Limousine Commission to launch the first pilot program in New York City where taxicabs and limos would act as mobile advertisements.

Upon graduating from college, Prut embarked on a series of notable marketing positions. At American Conference Institute, he focused on legal and medical conferences. At World Research Group (WRG) his focus shifted to other various business sectors and industries, including the annual World Economic Development Congress, Airport Security, Outsourcing to India and Bluetooth Congress.As the Director of Marketing and Public Relations at WRG, he headed marketing for a joint venture with the SportsBusiness Journal, organizing and marketing sports themed business events, including Sports Media & Technology, Sports Venue Security and Action Sports Summit. He led a cross-functional team and his efforts culminated yearly at the annual World Congress of Sports held at the Waldorf Astoria in New York City. He courted industry heavyweight attendees, including all the league commissioners, team owners, heads of brands/sponsors, TV network owners and executives, to name a few. While working at WRG/SBJ conferences, Pruthad the opportunity to meet many great entrepreneurs. Inspired by the likes of the late Bob Tisch, Woody Johnson, Marc Cuban and Robert Johnson, he was pushed to try his own hand at running a multi-tentacle marketing/development company.

In 2003, he founded Vertigo Enterprises where he developed, produced and marketed high-profile events for clients, ranging from: Hollywood studios, music labels, fashion houses, publishing companies and alcoholic/non-alcoholic beverage brands.Some of the events included the movie release soirees for feature films such as Miami Vice & Casino Royale in 2006 and the ESCADA 2006 Summer & Fall Collection Premiere fashion shows. 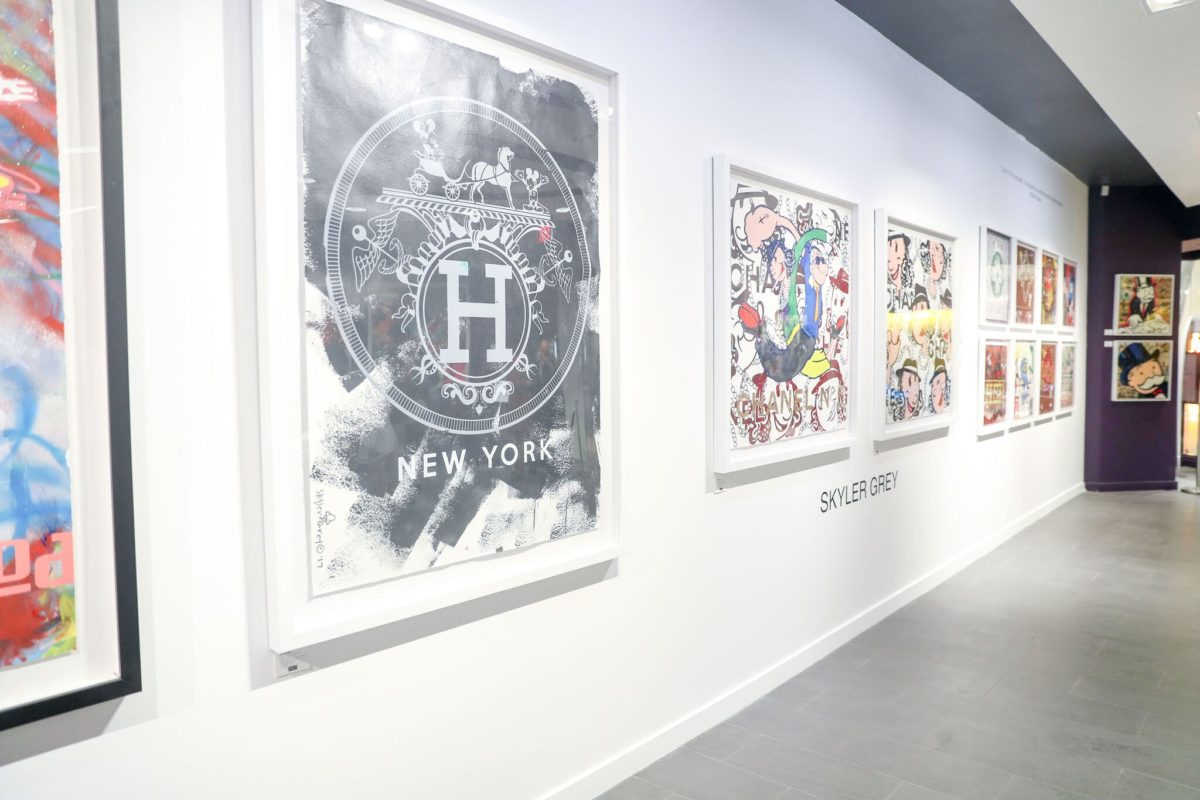 In 2007, Prut decided to return to his roots and combine his fierce entrepreneurial spirit with his love of art to open his first ever Avant Gallery in Miami, Florida. Since then, AvantGallery has established its flagship Downtown Miami locationat the EPIC, featuring a roster of internationally renowned artists such as Skyler Grey, Alec Monopoly, Nathan Sawaya, DAIN and Guy Le Baube, among others. The gallery continues to attract high profile clientele that run the gamut from movie stars and professional athletes, to musicians, famed interior designers and architects, to some of the world’s leading art collectors.

Since the opening of Avant Gallery, it’s had many milestones and Prut’s selection of extraordinary works has received accolades from numerous publications. In November 2011, Avant Gallery teamed up with St. Regis Bal Harbour for its launch event in the center court of Bal Harbour Shops. In the January 2012 annual “Best of the City” issue of Miami Magazine, Avant Gallery topped the list by coming in first overall. In July 2012, Avant Gallery opened as a pop-up shop inside Aventura Mall in form of a spinoff concept for lesser-priced original works and edition prints. In 2013, CBS named Avant Gallery in its “Best of Miami” list. In 2014, Avant Gallery signed a long-term lease in Downtown Miami/Brickell at the luxurious Epic Hotel (270 Biscayne Blvd Way). In March 2104, Avant Gallery opened its NYC pop-up location on Madison Avenue that was extended until February 2015 (when the property was scheduled for redevelopment). In September 2015, Avant launched its Property Art Solutions initiative, providing an art curatorial service for property owners and developers. In January 2016, Prut launched an art-inspired restaurant concept, LaMuse Café at Avant Gallery, to couple his affinity for art and food. In January 2016, MIAMI Magazine once again named Avant Gallery to its Best of The City list, while its readers voted Avant as the #1 Art Gallery in Miami.  In April 2016, Avant Gallery presented its first exhibition in Dubai, featuring a solo show for 17-year oldstreet art sensation, Skyler Grey (often referred to as “The Fresh Prince of Street Art”), in collaboration with Coya Dubai and Four Seasons Dubai.

Most recently, Avant Gallery took part in Art Basel Switzerland – the only gallery from Miami showing at the 2017Scope Basel Art Fair. This December, the gallery will be celebrating its 10-year anniversary with an over the top, whimsical bash in conjunction with Art Basel Miami.

Prut currently lives in Miami and enjoys kayaking and traveling on his free time.With Prut’s early interest in the arts and his fearless approach in business, his success as an entrepreneur in the art world comes as no surprise.

Next LORRAINE SCHWARTZ LAUNCHED A NEW ADDITION TO HER SIGNATURE COLLECTION