WITH MULTI-MILLION DOLLAR SALES OF MODERN AND CONTEMPORARY WORKS

Nick Korniloff, Director of Art Miami, said, “This was our most successful fair to date when you consider the volume of sales of important art works, the overall quality of the artists and respected international galleries that exhibited. Art Miami continues to remain as a key destination during art week for seasoned collectors when acquiring the most important fresh works of art from the 20th and 21st centuries.”

Renowned as one of the nation’s foremost international contemporary and modern art fairs, collectors streamed through the doors to view high-quality artwork from international dealers. As guests entered Art Miami, they immediately were met with a presentation from Landau Contemporary at Galerie Dominion of Antoni Clavé’s pieces on one side, and on the other, a large stainless-steel sculpture by Not Vital titled Head 1, Ed 2/3, exhibited with Galerie Forsblom. As guests continued, they came upon large-scale works by Retna and Jean-Michel Basquiat at Masterworks, and rare pieces by Andy Warhol, Lynn Chadwick, Jonas Wood and David Hockney at ARCHEUS / POST-MODERN. Arcature Fine Art received significant interest in the artist KAWS, placing several of his pieces, in addition to a Robert Indiana piece titled Stay 30, and a Damien Hirst spin painting. As they moved through the fair, visitors were drawn to Galería Freites to admire a series of sculptures from Manolo Valdés titled Meninas.

The success of Art Miami is evident by the significant sales made throughout the week of work by 800 established, emerging, and cutting-edge artists, represented by 160 international galleries from nearly 30 countries, including most notably:

The success of CONTEXT Art Miami was clear from the significant sales made by more than 96 international galleries from nearly 21 countries.

Julian Navarro, Director of CONTEXT Art Miami, said: “For our seventh edition we enjoyed tremendous results with both record-breaking sales and attendance figures. This has been one of the strongest fairs to date. Thank you to everyone involved to raise the bar once again.”

CONTEXT Art Miami exhibitors reflect on the fair’s success below:

The two fairs served as the “Official Kickoff” to Miami Art Week and welcomed more than 15,000 guests to the VIP Preview. Sponsored by Christie’s International Real Estate and benefiting the Pérez Art Museum Miami (PAMM), this year marked the eighth consecutive year that PAMM has been the fair’s exclusive VIP Preview benefactor. To date, Art Miami LLC has donated more than $150,000 to further the museum’s collection and mission, and the partnership remains an integral part of Art Miami’s larger commitment to Miami.

During the Preview, a crowd of people, including Shark Tank‘s Kevin O’Leary, Jason Newsted and ABH, applauded as Galerie Terminus and Galerie Barbara von Stechow removed the red covering of The New Horizon Project, to unveil a BMW E3 that features a unique paint coat designed by Heiner Meyer and executed by legendary German aerosol artist and car-racer Walter Maurer, commemorating the car’s 50th anniversary. The car had not been seen before and has been perfectly restored to be fully functional.

On Thursday, December 6, Art Miami and Chef Daniel Boulud hosted a special four-course dinner with wine pairings at Boulud Sud Miami to celebrate the Art Miami 2018 Lifetime Visionary Award recipients Dennis and Debra Scholl. JorgePérez, who was named the inaugural recipient of the award, showed his support alongside his wife Darlene Pérez, as did Brooke Shields, David Kratz, President, New York Academy of Art, Shark Tank’s Kevin O’Leary and his wife Linda, andKara Ross. Nick Korniloff presented their award along with a check for $5,000 from the Perry J. Cohen Foundation to support the continuation of the Scholl lecture series at the Pérez Art Museum of Miami.

For the second consecutive year, Art Miami and CONTEXT Art Miami were held at the beautiful waterfront location of One Herald Plaza, nestled between the Venetian Causeway and MacArthur Causeway, just east of Biscayne Boulevard. The fairs offered an unprecedented level of convenience and a renewed connectivity to the activities and collectors on Miami Beach with accessible parking, a complimentary shuttle service between the fairs and JW Marriott Marquis Miami and Hotel Beaux Arts, and Pérez Art Museum Miami (PAMM.) In addition, Art Miami featured amenities that improved guests’ experience, and allowed them to spend an entire day at the fairs. There were six hospitality areas, including a waterfront café, an indoor café, outdoor dining space, a cocktail lounge, and an outside cocktail deck overlooking beautiful Biscayne Bay. 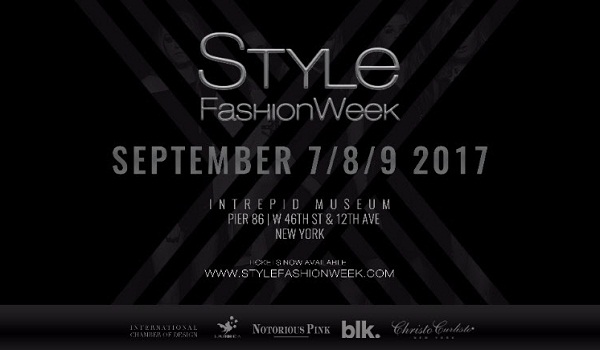