NEW YORK, NY (Monday, May 11, 2020) – AMC Networks (AMCN) is offering a coveted prize as part of a competition recognizing the best female creators at Stareable Fest 2020, the third annual premier web series and indie TV festival taking place October 16-18 at New York City’s Public Hotel. AMC Networks is sponsoring the new prize with femalecategory award finalists earning meetings with AMCN executives overseeing its network and streaming platforms as part of the festival’s industry marketplace. To be eligible to win, the majority of the show’s creator/director/producer team must be made up of women. These lucky finalists not only have the chance to join AMC Networks’ team as writers, directors and producers, but their content may also be considered for acquisition by AMCN for its various streaming platforms.

At a time when binging television and streaming shows is on trend, the festival celebrates web series’ future as a thriving ecosystem of indie content and talent ripe for discovery and elevation. Stareable Fest is created by Stareable, the largest community for web series creators, giving thousands of gifted artists the tools to engage, grow, and monetize their audiences. “AMC Networks’ collaboration offers a unique opportunity that achieves the mission of our festival,” said Ajay Kishore, founder of Stareable. “Stareable Fest is a celebration for creators who are often under-voiced or marginalized, including women, people of color, and the LGBT+ community. These talented professionals are creating the future of television, capturing distinct narratives and untold perspectives that are perfect for mainstream platforms hungry for unique new voices.”

All festival Official Selections will be considered for meetings with industry executives as part of the Stareable Fest Marketplace. In past years, award winners have been acquired by major networks, studios, and platforms.

“At AMC Networks, we embrace the opportunity to support and nurture future storytellers,” said Monica Song, Vice President, Digital Operations and Strategy, AMC Networks. “Showcasing the inspired work of the industry’s talented female creators is more important than ever before. We look forward to meeting with the talented women who shine at Stareable Fest 2020.”

View the official rules and details and submit your project to Stareable Fest here. For more of the latest news from AMC Networks, sign up for the AMC Insiders Club.

Stareable Fest 2020 takes place October 16-18 at the Public Hotel in New York City. The festival will include creator networking events, screenings, workshops, panels, an industry marketplace, a live pitch competition, and an awards ceremony honoring the best creators and talent in the business. Stareable Fest creates face-to-face connections between independent filmmakers and decision makers at major networks and platforms. Stareable Fest is created by Stareable, the largest community for web series creators, giving thousands of gifted artists the tools to engage, grow, and monetize their audiences.  Stareable Fest 2020 is proud to be sponsored by AMC Networks.

ABOUT STAREABLE
Stareable is the largest community of web series creators and fans building the future of television through collaboration and discovery. The organization aims to educate and support members as they participate in community forums, listen to educational podcasts offering advice and direction and attend events including meetups, webinars and workshops. Through the platform, members can submit their show and get discovered. They can also embed episodes directly from YouTube, Vimeo and Facebook. It allows members to credit their team, update their fans, and monetize their web series. To learn more, visitwww.stareable.com.

Known for its groundbreaking and celebrated original content, AMC Networks (NASDAQ:AMCX) is the company behind the award-winning brands AMC, BBC AMERICA, IFC, SundanceTV, WE tv, and IFC Films. Its diverse line-up of popular and critically-acclaimed series and independent films include Killing Eve, Better Call Saul and The Walking Dead, which has been the #1 show on basic cable television for ten consecutive years, as well as Documentary Now!, Brockmire, Love After Lockup, and the films Boyhood, Death of Stalin, and many more. Its original series Mad Men and Breaking Bad are widely recognized as being among the most influential and acclaimed shows in the history of TV. The Company also operates AMC Studios, its production business; AMC Networks International, its international programming business; the subscription streaming services Acorn TV, Shudder, Sundance Now; and UMC (Urban Movie Channel); RLJE Films; and Levity Entertainment Group, the Company’s production services and comedy venues business. For more information, visit http://www.amcnetworks.com.

Next How to Pass Time Outdoors While Social Distancing 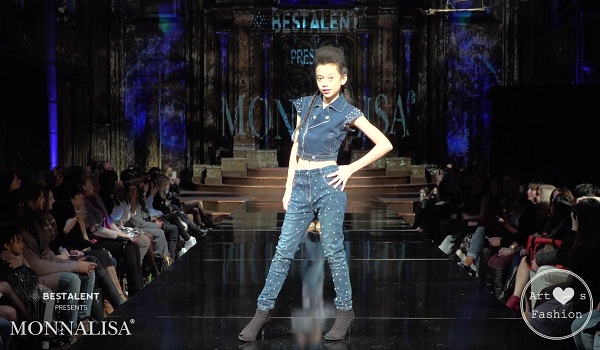