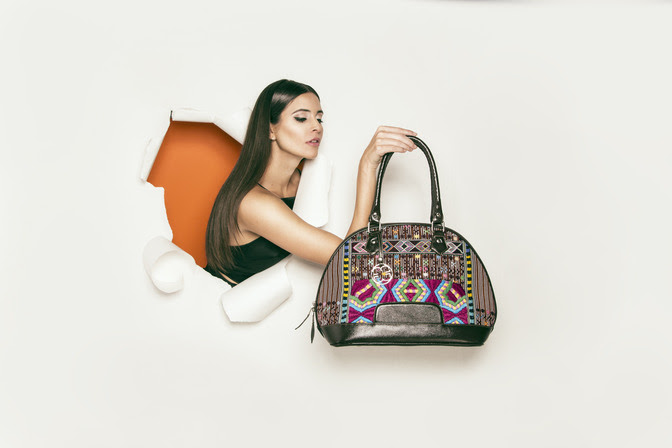 Founded by model and former Miss Guatemala Alida Boer, Maria’s Bag gives back to their native community through the creation of uniquely handcrafted textiles. While fulfilling her duties as Miss Guatemala, Alida was gifted with the huipil fabric that has become the main ingredient of the Maria’s Bag. Inspired by the idea of giving back, Alida honed in her entrepreneurial, philanthropic and creative instincts to develop a business model that could empower women from every social class.

Ultimately, Maria’s Bag is a collection that gives back to the community through more than beautiful accessories. Many of the women behind the bags are mothers who do not have jobs and use their art as therapy for themselves as well as to preserve their culture and roots. Additionally, a portion of the income from Maria’s Bag goes to a school in Guatemala to provide children with free education and meals. Alida is deeply passionate about promoting on a worldwide scale the exceptional indigenous hand-made textiles of Guatemala, and giving back to her country by supporting the local women and their families with education and fair payment. 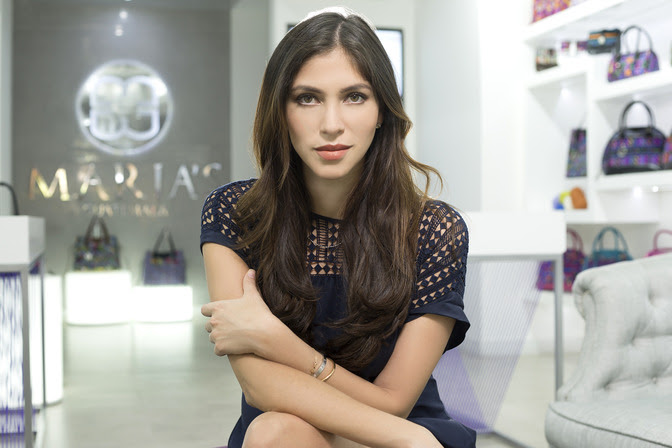 Alida Boer is the Founder and CEO of Maria’s Bag. Before she began giving back to her home community through her handbag collection, Alida traveled around the world as a young model and became independent at a young age. In 2007, she was crowned Miss Guatemala and went on to compete in the Miss Universe pageant. Her travels throughout her native country as Miss Guatemala ultimately led to the creation of Maria’s Bag.

In addition to being a successful designer and entrepreneur, Alida is also a new mother. While she finds fulfillment in her professional life, Alida considers her newborn son Aga to be her greatest accomplishment to date. As she balances her professional career with her personal life, her son is her priority and his health and wellbeing come first. Alida Boer currently resides in New York City.

Previous TURN ME INSIDE OUT: REVERSIBLES FROM TAILOR VINTAGE

THE SOFT AND SHIMMERING FALL WINTER COLLECTION 2019 BY D.EXTERIOR