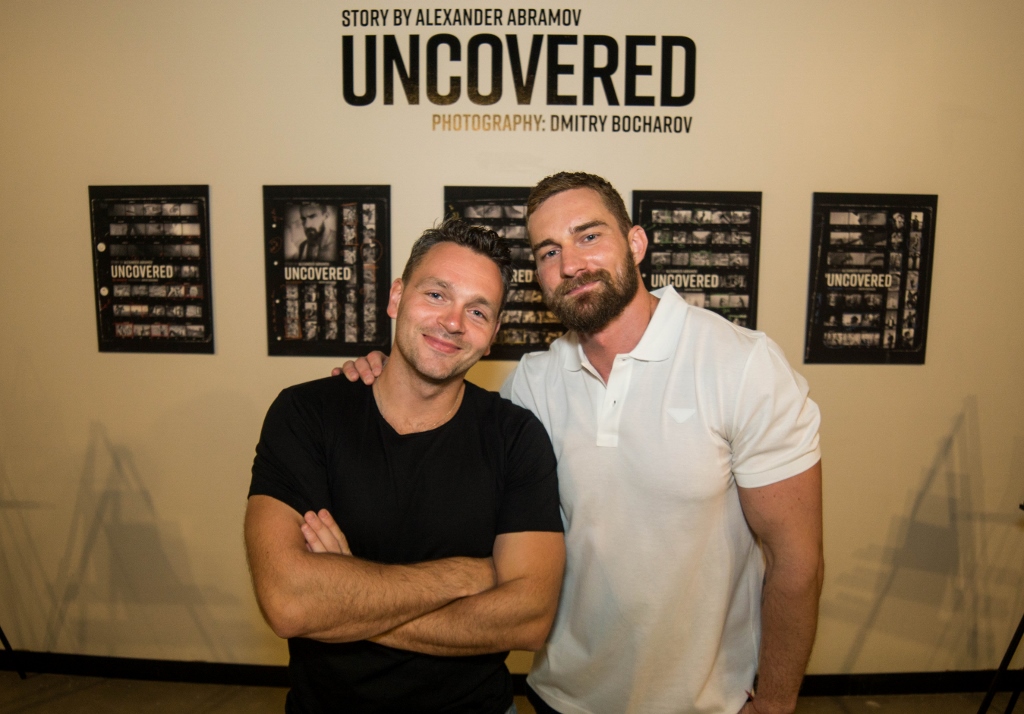 Artist and Instagram sensation Alexander Abramov recently rolled out the latest edition in his five-part photography and memoir book series “Uncovered” at the exhibition space of Pennsy Food Hall (located levels above Penn Station). Situated over the main chef-driven dining venue with its extensive outdoor seating and festive entertainments, the private area served as a pop up art exhibit in which enlarged prints were hung for viewing by the art and fashion crowd.

Each of the books feature Mr. Abramov personifying a masculine archetype -a Western wrangler, a military mercenary, a lumberjack, a wandering journeyman, and a salty seafarer -in various states of dress and undress photographed by Dmitry Bocharov. Although evidently intended to charm those who appreciate the enormity of Mr. Abramov’s pulchritude, the provocative images are accompanied by lengthy passages from journals he’s kept for nearly two decades. The entries reveal the author’s coming-of-age struggles with love, sex, drugs, identity and growing up gay in the oppressive climate of his native Russia. 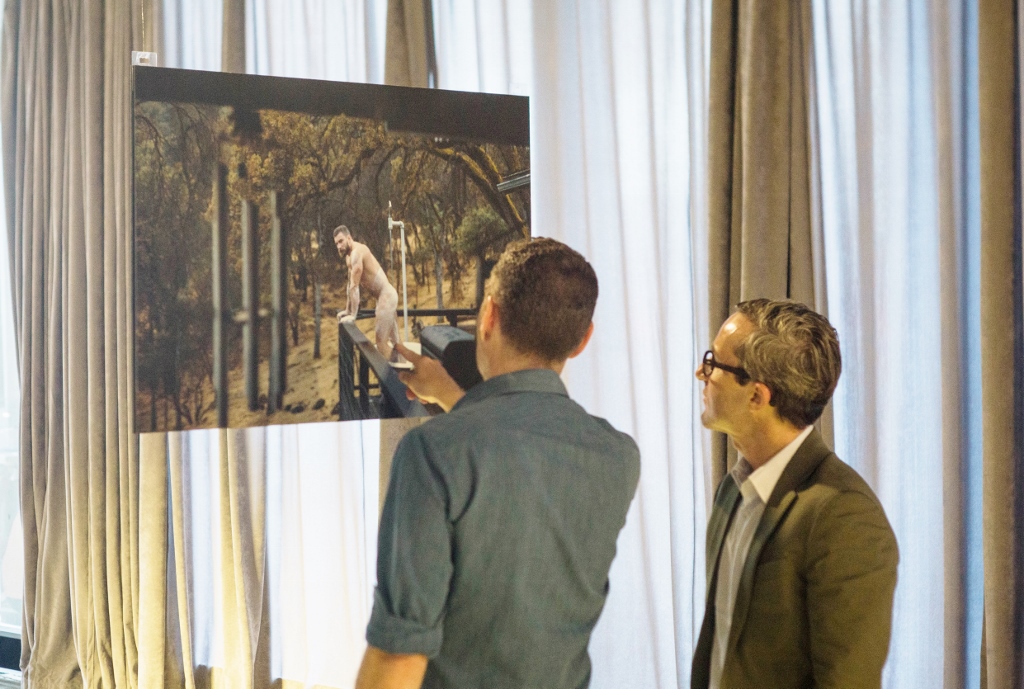 The project emerged out of the Mr. Abramov’s idea of revealing himself on different levels as well as his long-time collaboration on countless magazine, fashion, and television shoots with Mr. Bocharov. Their friendship and professional camaraderie enabled the photographer and his subject to depict nakedness and desire in both real and allegorical terms. According to Mr. Abramov, the experience of creating the books and being photographed in roughly five thousand images by Mr. Bocharov proved equally liberating and cathartic and has prompted him to embark on more creative projects including directing and producing a documentary. In the meantime, Mr. Abramov is taking the book on a multi city exhibition tour as he rolls out each book from the series and a portion of the sales is being donated to LGBTQ causes in Russia. @Abramov_Lex

WHAT GOES AROUND COMES AROUND 25th ANNIVERSARY CELEBRATION