The Grammys next rising star, Alex Ritchie spills the tea on her breakout in the music industry. From being chosen by the Recording Academy as one of the Grammy NEXT to releasing her first EP – Extended Playlist. Nothing comes easy, so she shares her story and what’s coming next!

Alex Ritchie, is a self- taught triple threat – singer, songwriter, and producer and possible Best New Artist contender in the near future. Through years of perseverance in the industry, she utilized resources to cultivate her passion for music to get to where she is now. With all the hard work put in we predict that she is at the point of blast off.

Her buzzworthy career started in high school when she was booked at Whisky a Go Go in Hollywood, California. “I didn’t think anything of it. I just got booked for a show at the Whisky for a Saturday night slot,” she jokes. “At the time I didn’t even know what a sound check was. I just kind of winged it and after that experience, I pretty much knew music was my calling.”

“Once I graduated high school, I moved to the place where dreams are lived: New York City.” Alex became the first person in her family to pursue a career in music, but New York was not all glitz and glamour. “While I was going to school in New York, I was really, really hustling a lot and playing at different places all the time.” After some time in NYC Alex was offered an opportunity that she couldn’t refuse in LA and made the move back to the West Coast.

As a member of the LGBTQ+ community and being half Filipino and mixed race, it was hard for her to find her belonging. “I thought, well if no one believes in me right now, then I need to find people who will,” and that’s when the GrammyU came into the picture.

The GrammyU program connects college students with the industry’s brightest and most talented minds, while providing aspiring professionals the necessary tools and opportunities to start a career in music. “I was getting invited to all these panels and I just really wanted the staff to know that I was down.

“They could rest assured I was always going to be the first one to sign up to volunteer and arrive early; they could trust I would be there.” With all her hard work and dedication, Ritchie was selected to be a part of the Grammy NEXT program, designed to identify and empower the next generation of music industry leaders.  Shortly after, she became the youngest sitting member on two Recording Academy LA Chapter committees.

The Recording Academy has given Ritchie so many opportunities: prestigious brand association, amazing mentor and champions, and several peers that she now calls family. “It’s crazy. I feel like we have all grown up in the industry together and are about to graduate.” Following her success with GrammyU, she was selected into the GrammyNext Program. “Not a lot of people know about GrammyNext, but I was honored when they asked to feature me.” Most recently, she was a panelist on the Recording Academy | Grammys’ first official LGBTQ+ programming, alongside stars like LeAnn Rimes, Troye Sivan, and DJ Tracy Young.

Though she had released music since 2009, Alex made her new debut in May 2019 with her EP, 404.
“I called it 404 because I felt there was something profound about looking through the whole world
wide web and not finding what you’re looking for.” At first, she felt a little lost while writing her EP,
but that emotional uncertainty ignited her to produce incredible music that many other artists can
relate too.

Grammy-winning pop | rock band, Imagine Dragons has always been one of her biggest influences, especially since lead singer Dan Reynolds is a huge supporter of the LGBTQ+ community. “Imagine Dragons has such an organic blend of genres,” she says. They are produced by Alex da Kid, who also produced “Airplanes” by B.o.B featuring Hayley Williams [of Paramore], which she cites as one of her favorite rock and hip hop collaborations. “I really want to open for Imagine Dragons this year or next, but we’ll see what happens!”

Ritchie’s advice to emerging artists who are feeling stuck and confused: “No matter where you come from, you can do whatever you want. I really do believe the sky’s the limit, and the only one who can stand in your way is you.  It isn’t going to be easy and it takes an insane amount of discipline and hard work. But you are built to achieve your greatest dreams. One thing I can encourage is to not to take things personally when you get rejected. I myself still struggle with that, but I’ve learned it’s all part of the process. No closed door ever broke me; in fact, it opened up so many more that changed my life.”

Alex recently dropped a new single, “Isn’t You,” which was co-written by Grammy-nominated songwriter and artist, Gizzle. It is currently streaming on Apple Music, Deezer, Itunes, Spotify, Amazon Music, and Tidal, with her next single scheduled to be released in August. 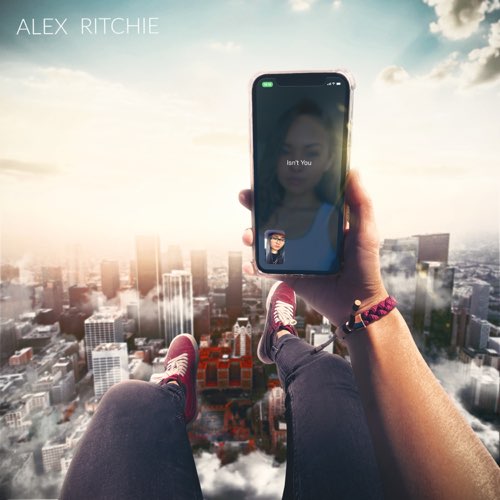 She would love to collaborate with Jessie Reyez and Post Malone, and she thinks it would be super dope to collaborate with someone who is musically different from her, like Kendrick Lamar, Khalid, or Kehlani. With the Grammys behind her and cool-defining media outlets like NYSG supporting her, Alex Ritchie is prepared to launch and take the music world by storm. 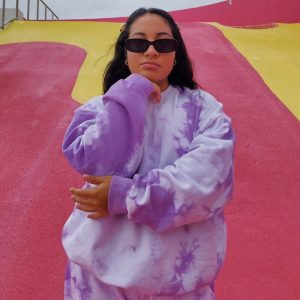 Cynthia Francisco is a creative producer & writer specializing in fashion & entertainment. She graduated college in 2019 with a Bachelors in Entertainment & Event Management. You can probably find her behind her phone or computer reading all the latest gossip. She is a coffee lover and avocado enthusiast