Sophia Antipolis, France, November 26th – To conclude the 60th anniversary celebrations of the Renault 4, the brand has decided to team up with motion design hub TheArsenale to create a futuristic reinterpretation of the iconic model. This new version, AIR4, is the first flying French car. Not a concept nor a joke, AIR4 is a real-life E-VTOL* vehicle.

2021 marks the 60th anniversary of Renault 4L, a car that has sold more than 8 million units in over 100 countries over a period of more than 30 years. Much more than a car, the 4L is a true icon. The original 4L could be found from the Champs-Élysées and Saint Tropez to the Sahara, the Amazon and the Great Wall of China.

The original Renault 4 was a small and simple four-door runabout built between 1961 and 1992. As the Mini was to Britain, the Cinquecento to Italy and the Beetle to Germany, the 4 was France’s people’s car at a time of economic prosperity. Over eight million were sold in 100 countries, and particularly in the Republic and its territories, it became an icon, conveying families, businesses and the likes of the gendarmerie and La Poste, as well as helping several generations of young motorists get behind the wheel. The current Pope still drives one. Its chic, efficient and versatile qualities convinced TheArsenale to reimagine this car for 2021 and beyond as a vehicle designed to journey along the unmarked highways above our heads, unencumbered by tarmac and junctions.

To celebrate the sixtieth anniversary and allow the 4L to still be present in 60 years, Renault, the first car brand in France and motion design hub TheArsenale has decided to collaborate once more to take R4 into the future.

A symbol of independence and freedom in carbon-fiber form, the AIR4 is born of the realization that traffic is compounding, lives are grinding to a halt, but the world above us is clear. The opportunities are endless. AIR4 claims the air as the new road for enthusiastic drivers. We embrace the notion of nostalgia meeting state-of-the-art technology; a design cocktail that, in the case of the AIR4, has resulted in a truly bespoke reinterpretation of a retro icon with entirely new dynamic capabilities.

From the RENAULT 4 of yesteryear, the AIR4 by TheArsenale project retains certain advantages: in particular a very contained mass and a notorious ability to dissipate calories. But as the new century requires – and in the absence of a road in the third dimension – the rigidity has been completely revised. New concepts, such as thrust or lift required hours of calculations and tests. And isotropy; Had Pierre Dreyfus’ teams only used this word to design the simplest, most practical and most likable car of its time and of the following sixty years ?

The AIR4 has no wheels. Instead, there are four two-blade propellers, one at each corner of the vehicle. The chassis sits in the middle of the rota frame. The driver accesses the vehicle by lifting the reimagined Renault 4 shell, which is hinged at the front and taking a seat in the stylishly utilitarian cabin.

Renault, one of the world’s biggest, most diverse and historic manufacturers, has partnered with TheArsenale on this truly unique project. With agents in Paris, Miami and Macau, this youthful and innovative design agency, curator and retail enterprise have brought cutting-edge technology and fun to the motion marketplace, collaborating on products that range from bikes and cars, fashion, accessories and high-end art pieces, through to stealth boats, planes, drones, military-grade ATVs and personal submarines – all independently designed and built or micro-manufactured.

TheArsenale seeks to define the future of mobility decades ahead, and to take on technical challenges that have never before been identified, forging unexplored paths to tell new stories.

“WE BELIEVE THAT THE ICONS OF CAR CULTURE ARE ETERNAL”

The AIR4 represents the first product from TheArsenale’s ROAD TO AIR division, which envisions our future transport network to be in the sky. The AIR4 has been imagined, designed, engineered and assembled entirely in France, in the heart of Europe’s first technology park in Sophia Antipolis, on the Côte d’Azur. The AIR4 is the brainchild of Patrice Meignan, CEO and Founder of TheArsenale, who sought to create a new kind of vehicle that provokes emotion, establishes brand identity and offers pleasure.

“I have dedicated my life to this passion for mobility and I continually explore all aspects of the moving world,” says Patrice Meignan. “After 25 years of forward-looking research, we believe that the icons of car culture are eternal, whether on Earth or in the air. For 60 years, the Renault 4 has been driven by ordinary people who make it extraordinary. It is a car that symbolizes adventure. It’s simple, practical, useful and as modern as it is retro. All drivers will tell you, it allows you to travel differently. That is to say, to live an adventure. This ‘traveling different’ has inspired my team and I. With the AIR4 by TheArsenale, the Renault 4 is ready for its greatest adventure yet.

NOT A CONCEPT NOR A JOKE

AIR4, is the first flying French car. Not a concept nor a joke, AIR4 is a real-life E-VTOL* vehicle. After its presentation, the AIR4 will go on public display until the end of the year in the vibrant center of Paris at the Atelier Renault on the Champs Elysées in Paris, alongside other historic versions of the Renault 4. Beginning 2022, AIR4 will hit the American ground in Miami, then New York, before a pit stop in Macau.

Renault, a historic mobility brand and pioneer of electric vehicles in Europe, has always developed innovative vehicles. With the ‘Renaulution’ strategic plan, Renault has embarked on an ambitious, value-generating transformation moving towards a more competitive, balanced and electrified range. Its ambition is to embody modernity and innovation in technology, energy and mobility services in the automotive industry and beyond.

With agents in Paris, Miami and Macau, TheArsenale, curator and retail enterprise has brought cutting-edge technology and fun to the motion marketplace

Previous Louis Vuitton - The Top Luxury Brand in the World

Next Revving up the Art World Like Never Before 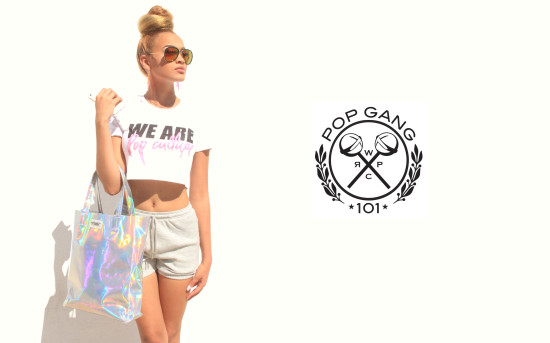 We Are Pop Culture – Enjoy 30% Off until Christmas