The Academy, in partnership with E! Entertainment and Swarovski, hosted a luncheon in New York on October 2nd, beginning the second year of its global initiative to support emerging female filmmakers with the presentation of an Academy Gold Fellowship for Women.

The Academy Gold Fellowship for Women, a $35,000 grant, was awarded to filmmaker Eliana Pipes. Pipes, an alumna of the inaugural class of the Academy Gold diversity internship enhancement program, is a graduate of Columbia University and has written her first feature film, a comedy entitled “Fauxricua.”

The Academy also held a similar luncheon in London on October 4. The London event marked the third year the Academy and Swarovski have hosted a gathering of female filmmakers in the UK. As a global multi-year partner of the initiative, Swarovski’s support extends across both the New York and London events, as well as a luncheon in Paris earlier this year, and makes possible the Gold Fellowship grants presented. Northern Ireland-based filmmaker Aislinn Clarke will receive the Academy Gold Fellowship for Women. Clarke wrote and directed her first feature, a horror film entitled “The Devil’s Doorway,” last year.

The fellowship program is a global effort, part of Action: The Academy Women’s Initiative, designed to create opportunities for female filmmakers and executives to connect, share their stories and celebrate inclusion. To date five fellowships have been awarded.

“In just two years, the Academy Women’s Initiative has granted five fellowships to aspiring female filmmakers in NY, LA, London and Paris,” said Academy CEO Dawn Hudson. “With the support of our partners E! Entertainment and Swarovski, we will continue to expand this program globally, empowering more women in film, and creating a more inclusive industry.”

“E! is proud to once again partner with the Academy for this powerful initiative that brings women together, celebrates inclusion, and supports female filmmakers,” said Jen Neal, General Manager, E! News, Live Events and Lifestyle Digital, NBCUniversal. “It is exciting to join so many creative, inspiring and courageous women at today’s event as we unite in our commitment to driving positive change.”

Nadja Swarovski commented: “Swarovski is delighted to partner with the Academy on the 2019 Gold Fellowship for Women as part its Action: The Academy Women’s Initiative. As a company we are committed to empowering women and to providing emerging creative talent with the support it needs to develop and thrive, so we are pleased to congratulate Eliana Pipes and Aislinn Clarke and we look forward to watching all the young Academy Gold Fellowship award winners share their work with the world.”

About Action: The Academy Women’s Initiative
Action: The Academy Women’s Initiative is intended to make Hollywood a more inclusive place by empowering women in the film community. The initiative includes the Academy Gold Fellowship for Women, Academy Directory, and global events designed to connect women across all corners of the filmmaking industry and enable them to share their stories and celebrate inclusion.

About the Academy Gold Fellowship for Women
The Academy Gold Fellowship for Women is a one-year fellowship designed for female filmmakers or executives. The fellowship combines direct financial support with personalized mentorship and networking opportunities, creating a once-in-a-lifetime opportunity for an emerging female filmmaker or industry executive. The US recipient is selected from the alumnae of one of the Academy Foundation’s key educational initiatives: Academy Gold Talent Development and Inclusion program, Student Academy Awards and the Academy Nicholl Fellowships in Screenwriting. The fellowship in the UK is awarded to an emerging female talent working on either their first or second feature film or short film.

About E! Entertainment
E! is the only global, multi-platform brand for all things pop culture. The network is currently available to 91 million cable and satellite subscribers in the U.S and 161 countries globally. E! programming includes popular series “Keeping Up with the Kardashians,” “Very Cavallari,” “Total Divas,” “Total Bellas,” “Botched,” and “Dating #NoFilter;” topical series “Nightly Pop,” and the return of the “E! True Hollywood Story.” “E! News” airs nightly on the network and is the leading multi-platform publisher delivering breaking entertainment news and pop culture coverage 24/7 across EOnline.com and all digital and social media. The brand’s robust digital programming slate includes “E! News’ The Rundown,” “Face Forward” and “What The Fashion” on Snapchat. E!’s “Live from the Red Carpet” signature events keep fans connected to their favorite stars on pop culture’s biggest nights and E! is also home to the “E! People’s Choice Awards,” the only award show for the people, by the people. E! is a network of NBCUniversal Entertainment & Lifestyle Group, a division of NBCUniversal, one of the world’s leading media and entertainment companies in the development, production, and marketing of entertainment, news and information to a global audience. For more corporate information, visit www.nbcuniversal.com.

About Swarovski
Swarovski creates a more sparkling world and delivers a diverse portfolio of unmatched quality, craftsmanship, and creativity. Founded in 1895 in Austria, the company designs, manufactures and sells the world’s highest quality crystal, genuine gemstones, Swarovski Created Diamonds and zirconia, finished products such as jewelry and accessories, as well as interior design and lighting solutions. The Swarovski Crystal Business is run by the fifth generation of family members and has a global reach with approximately 3,000 stores in around 170 countries, more than 29,000 employees, and revenue of about 2.7 billion euros in 2018.

Swarovski has a long history of partnership with the Academy, having illuminated the Academy Awards® stage with more than 45 million crystals over the past twelve years. As part of Swarovski’s drive to promote women’s empowerment, it is proud to support the Academy in celebrating women in film and encouraging gender equality across the industry. Swarovski has played a supporting role in the entertainment industry for nearly 100 years, having collaborated with Hollywood’s finest costume and set designers, most recently for Rocketman and The Greatest Showman. www.swarovskigroup.com

Getting Ready For The 4th Of July With Cockpit USA 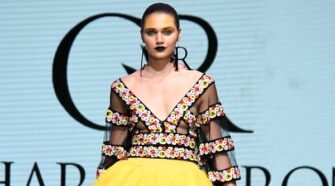