Olympia Presents Kathleen Goncharov: Above and Below

Olympia is pleased to present Above and Below, a first-time exhibition of works on panel by Kathleen Goncharov. For decades, Goncharov alternated between putting on major institutional exhibitions and working in relative solitude in her studio.

Currently serving as senior curator at the Boca Raton Museum of Art, Goncharov has practiced as a curator for forty years. Yet through that time, she introspectively cultivated her own visual language.

Goncharov fell in love with Late Gothic and Early Renaissance painting during trips to Italy beginning in the mid-80s. She has returned regularly since as both artist and curator, most notably as US Commissioner to the Venice Biennale.

Rather than affiliating with any recent visual tendency, Goncharov points to artists such as Giotto, Duccio, Fra Angelico, Piero della Francesco, Masaccio, and especially the eccentric forms and colors of the Sienese painters such as Giovanni di Paolo, Sassetta, Master of the Osservanza, Sano di Pietro, and others–who approached religious subjectivity in their own distinctive fashion– as her central inspirations.

Goncharov abstracts their meditative forms to bring their oeuvre into an unknown terrain.

Goncharov’s self-developed imagery and muted palette give shape to a feeling of reverence, similar to that captured by Morandi in his secular still lives. Materially, she encapsulates the delicacy of egg tempera and gold leaf through colored pencil, which also preserves marks and requires slow layering to create rich color.

Recurring abstract forms are reimagined in each painting, remaining attuned to earthy color fields reminiscent of when pigment had to be extracted from soil.

The images evoke the movement of silk, rippling organs, or the undulating hills of the Tuscan landscape. Though enigmatic, they are expansive. The pictures can be read both as environments and ruminations on enveloping touch.

Though first prompted by those warm, carefully drawn images of the Early Renaissance, Goncharov’s work reveals her private obsessions. Separated from any epic, religious history, and moral allegory, her subject becomes the seductive atmosphere and color that only whispers in those historic paintings.

About the artist Kathleen Goncharov 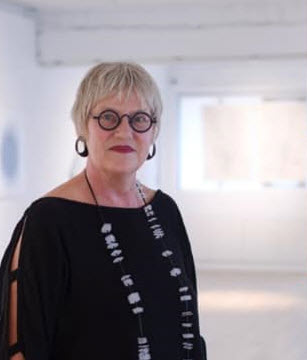 Katheen Goncharov is a Senior Curator at the Boca Raton Museum of Art. She served as US Commissioner to the 50th Venice Biennale where she curated an exhibition by Fred Wilson for the American pavilion.

She has also organized international exhibitions in Cairo, Rio de Janeiro, New Delhi, Bologna, Venice, and Rome, as well as numerous exhibitions and projects in the US.

She was Public Art Curator at the List Visual Art Center at the Massachusetts Institute of Technology where she oversaw the Institute’s Percent-for-Art Program; Executive Director of Rutgers University’s Brodsky Center for Innovative Editions artist-in-residence program, and Adjunct Curator of Contemporary Art at the Nasher Museum at Duke University.

For fourteen years she served as Curator of the University Art Collection at The New School in New York City where she built a major art collection and organized public programs for the Vera List Center for Art and Politics. 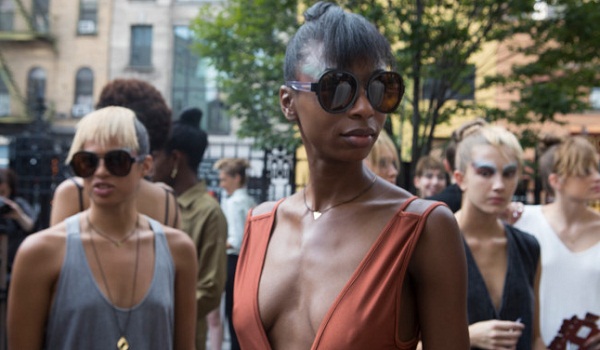