Sitting poolside at the pool bar at a magnificent, oceanfront resort property with the grunting of the Wimbledon men’s match in the background and a runway show of vacationers relaxing under umbrellas and in cabana loungers, this was an unofficial Miami Swim Week event to remember. Sipsmith London Premium Gin went with their unconventionally brave stance, competing with Miami Swim Week 2021 and the Euro 2021 to showcase their exceptionally high quality, officially British gin in some strikingly desirable, refreshingly botanical, perfectly frozen to “beat the Miami heat,” summer cocktails during a very exclusive Wimbledon finals watch party at the W South Beach Wet Bar on Sunday, July 11, 2021.

This very private poolside cocktail flaunt was hosted by their gracious, knowledgeable East Coast Brand Ambassadors and gin historians/afficionados, JP Calabria representing the Southeast, and Keli Rivers representing the Northeast. Lionheartedly rivaling their summer libations showcase against stunning runway shows around town and fútbol around the world, they swimmingly captured our attention with their captivating history of Sipsmith gin complemented with their newest, frozen rendition of a classic Basil Smash as an all-natural, eye-popping green, adult slushie paired with cabana fare from the W’s poolside menu.

Since the beginning of Wimbledon in 1877, strawberries and cream have been associated with this prestigious tennis competition. With Sipsmith now being the official gin of Wimbledon, it seemed daringly appropriate for them to add fresh strawberries to the distillation of their handcrafted, high-quality gin. It could’ve resulted in an “all in” type of epic fail, but the creators have a history of taking risks and the risk/reward seemed in their favor. While there was an expectation of a straight shot of viscous sweetness, it gratifyingly wasn’t… Rather, imagine very light background notes of strawberry and mint with the more prevalent and expected botanicals of a sinfully good gin. Their new Strawberry Smash was a refreshing “tip of the hat” to Wimbledon’s longstanding tradition of strawberries and cream, a perfect cocktail match for the ultimate tennis match.

It wasn’t an easy road for the founders, who set out to start a “gin-aissance,” as they dubbed it, and then stumbled on the legal roadblock of England’s 1823 Excise Act preventing them from producing their premium gin. They were persistent in their endeavor to launch an uncompromising, hand-crafted, high quality, small batch gin in the UK and didn’t relent until they prevailed in 2008 by changing the law!

To create this gentlemen’s gin, Sipsmith stayed true to quality, craftsmanship and overall, gin smithery, with their “one shot” method. Using the custom, swan-necked copper stills of yore to capture the impurities and produce a purer, finer spirit without the need for excessive filtration, they consistently produce individual batches of gin in cooper pots sans the typical addition of concentrates to create viscosity.

This is where the swan makes its presence on the label and as the symbol of this transformative brand. Embracing the quality generated from the swan-necked copper stills, they convey its importance by using copper leaf on the label. The swan is also the Queen’s favorite bird, so she owns all of them in the country. Yes, that’s a fact! They are also considered a protected species in England under serious legal penalty, so don’t mess with the noble swan. The swan symbolizes grace, devotion, love, fidelity, purity and elegance, so it stands to reason why the swan is Sipsmith. To inconspicuously reinforce this, their motto Cygnus Inter Anates is boldly embossed on the bottom of every bottle, meaning “a swan among ducks.”

As someone who has attended much of the exclusiveness of Miami Swim Week since its inception, this Sipsmith experience emerged to be a swan among ducks. I mean, Swim Week is about everything poolside and oceanfront, and this was all of that elevated and more. While England did not take the Cup, they can certainly claim #1 in their gin cocktail highball with us.

Next 4 Subtle But Common Reasons Why Women Break up Relationships

Art Basel and Miami Art Week 2019 – When, Where and More Information 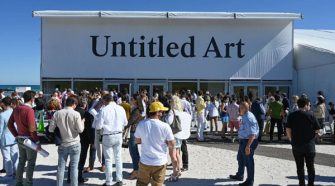 Untitled Art Announces Exhibitor List for 11th Edition in Miami Beach   The Untitled Art Exhibitor list is now live on their website and featured on ArtNews. Please see the full list below and click here to explore over 140 participating galleries and non-profits from 31 countries. Untitled Art Miami Beach will take place from Tuesday, November … 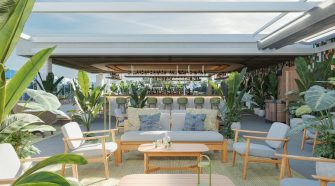 Miami’s Top Rooftop Oasis: Level 6 Vies With Best Bay Breezes, Hand-Crafted Beverages Mixed Up With Breathtaking Views Rooftop Lounge and Restaurant Opens in Coconut Grove In the spirit of the world’s swankiest rooftop bars from London to Dubai to Brooklyn to Beirut, Level 6 by Amal has opened in Coconut Grove. Level 6 is a spectacular 4,000-square-foot …

Judgement Free and No Non Sense Dating for the Elite With Seeking Dating is not easy. There are so many different opinions and expectations regarding dating that it can be overwhelming to figure out where you stand. You may feel stuck in a pattern or settle for less-than-ideal partners. It’s time for a change. If … 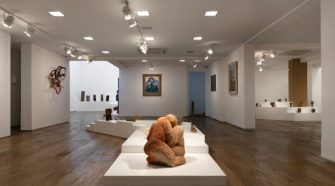 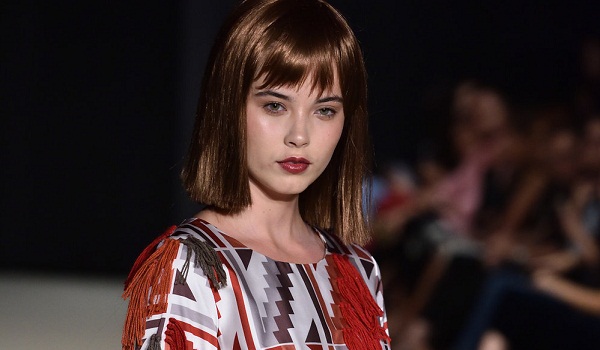