A Ballsy Endeavor, Tom Franco and Team at Miami Swim Week The Shows by DCSW

The scene opens on the hotel lobby of South Beach’s ever popular SLS Hotel, in support with the neighboring SurfComber Hotel to add more space for the art supplies.

Colorful fabrics strewn all about, scissors and glues, trays of paint samples, plastic sheets, and wooden structures to hang 8 feet high – a series of larger than life balls!  They look solid from first glance but

a little investigating shows that these 6 foot diameter beach balls are clothed in fabric patterns to give a durable skin to the shape.

One ball is completely covered in paint marks and earthy plant-people characters are beginning to take shape surrounded by exotic ferns stenciled and spray painted across the surface, while another ball is using fabric cut outs to depict flying angelic figures of all sizes dancing through a beach scene with ocean waves and sea life.

It is here that we find Tom Franco, Alan Chin, Ray Oliver, and Zhubin Rhabar, a collaborative art group from the California Bay Area and Los Angeles, essentially camping out in the lobbies immersed in the environment.

Onlookers are intrigued and a bit mystified by what could possibly be going on.  Lively conversations take place and laughter fills the air.  “What on earth is going on here?”, becomes a common question, and the story begins to emerge.

The art group, that is ever in flux with different members joining in, has a reputation for traveling the world to make live art, on site, in specific locations.  “It is an exciting display of art meeting a community experience,” says Tom.  “A rare moment when the public gets invited to be a witness, or even a part of the art making process.  Usually it is only the final product that gets revealed, but that’s not what we do.  Every step of the way exciting things happen in the art making, when we are working together like this it becomes a time based performance that gathers and builds energy with each day.  After a week we have our followers checking in on us and enjoying the surprise!”

Not only is the process a bit unbelievable to fully grasp, as the team works 14-16 hour days late into the night.  And this lasts for 10 days at a time.

It is truly a high pressure game of chess, to be expected to be ready to display this work at Swim Week 2021, one of the biggest swim fashion events of the year with gorgeous models and talented designers on full display.

“A best case scenario”, says Tom, “ is to have the art peak during the show, we want our most exciting moments to be actualized along with Swim Week hitting stride.  That takes a sensitivity to all the moving parts and a do or die attitude from our team.”

The artists describe the process as being an unfoldment, with each day  being different from the last one.  Alan Chin says about the process, “There is a real sense of discovery in the making of the work as we the artists are not always all that interested in the end result. It is a spontaneous act of staying true to the process and supporting each other along the way, we all add to the bigger picture.  We were planning on making works that were going to be more two dimensional flag forms, until we found the inflatable oversized balls online the weekend before arriving and we just had to get them.”

This group of 4 artists has been working together in various combinations over 17 years give or take.  “That much time making art together”, says Oliver, “makes a real bond.  Every project adds onto the next, every good idea inspires 10 more good ideas.”

By the time of the first fashion show on Thursday night, with the 30 foot model run way hovering over the water in the SLS pool, the guys have a step and repeat set up for picture opportunities.  A large textile piece that looks like a quilted sun exploding in light rays.  The eyes of the sun are cut out so that guests can walk behind and pop their heads in the holes for a fun pose and instant giggles.

The balls become a vibrant center of attention making a grand entrance through the crowd to a pool cabana next to the runway.  The guys continue to add onto the colorful compositions with an array of paints.  They dance and paint, balanced on ladders some short and some tall.  The Earth ball is strapped into place above the cabana hovering over peoples heads.  It becomes a fun source of conversation and picture taking to compliment the beautiful models and fashion designs commanding the run way.

There are up to 15+ designer showcases in one night with the festive DJ music playing and people cheering along, and a delightful sense of being at the right place at the right time.  Looking at the art balls in this setting things become instantaneously joyful, providing a sense of inclusion into a creative process and inviting people to relax into the moment and even come out of their shells a little more for the fashion show.  It’s suddenly not just a spectator sport, but an artistic invitation to engage and have fun with each other.

One of the main sponsors, Topo Chico water company, comes by Sat night and together the guys do live stencil t-shirt making pool side.  Shirts and waters are passed out to the crowds delight.

The fashion show themes this year are Beach, Earth, World.

The artists translated this into imagery with the interpretation of Beach Party, Earth Gazing, and World Peace.  This invokes the feeling of it’s ok to have fun while still acknowledging and protecting our planet earth and respecting one another.

“We are filming every step of the way since we landed in Miami”, says Zhubin.  “It is a part of our practice to produce a reality-tv type short by the end so that everyone can really understand the multi faceted effort that goes into this art work.  It actually goes way beyond the idea of making a finished result, spending the time together and with the community, creates all kinds of personal breakthrough for each person to step out of their comfort zone and try on being the best sense of themselves with this traveling family”.

One of the key show runners for the week of shows is Arnel San Pedro who says, “Having the artists arrive with bags of fabric in hand and a sewing machine made the team a bit nervous, but I have known Tom for 3 years now, and what they produce and bring to the table is creativity.  The whole production staff embraced them after the firsts couple of days.  We all wonder what is gonna happen next.”

At one of the staff meetings the artists mentioned something, with teethy grins, about floating a 6 foot ball into the show filled with helium, debating how much gas it would it take to make such a large ball fly.

The final video footage has the guys carrying a ball through the night streets of South Beach Miami up and down Collins Ave, stopping traffic, talking with the people, lots of camera phones out, and placing the art in various locations as if to give it a home.  They end up in the morning, after the full weak of going “balls to the wall”, delivering the painted world to the beach and jumping with it into the ocean for a culminating and satisfying landing.  It’s as if to say, job well done!

Back in California, Tom is no stranger to big events.  He directs the Firehouse Art Collective for the last 16 years, which is a series of 5 physical locations that provide art studios, co-housing for artists, galleries, event space and a couple of cafes.  He describes partnerships with like minded groups and artists as the way to expand and keep the arts  in the forefront of daily culture.  The Firehouse Art Collective is growing into Reno Nevada and Los Angeles.

Together with wife Iris Franco, they comrprise of Firehouse Films, and will have 3 feature films to distribute by the end of the year.

And the art group is making plans to return to Miami for Art Basel in Dec.

Next Party-Packed Summer Sessions Weekends are Coming to Virgin Hotels

A SPECIAL EVENING CELEBRATING A PRELUDE TO THE SHED

Growing trend on Instagram- Celebrities showing off their bare assets 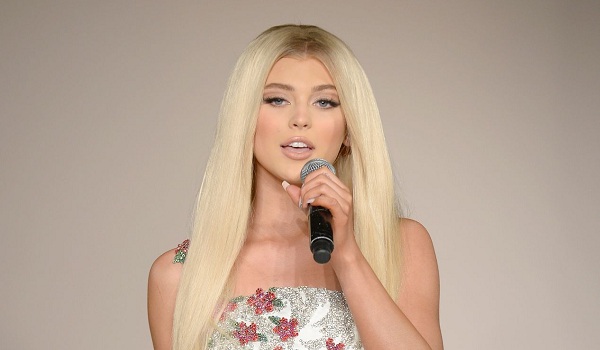