This year’s nominations were announced in a pre-taped video package at 5:18 a.m. PT via a global live stream on Oscar.com, Oscars.org and the Academy’s digital platforms; a satellite feed and broadcast media. In keeping with tradition, PwC delivered the Oscars nominations list to the Academy on the evening of January 23.

Academy members from each of the 17 branches vote to determine the nominees in their respective categories – actors nominate actors, film editors nominate film editors, etc. In the Animated Feature Film and Foreign Language Film categories, nominees are selected by a vote of multi-branch screening committees. All voting members are eligible to select the Best Picture nominees.

Active members of the Academy are eligible to vote for the winners in all 24 categories beginning Monday, February 13 through Tuesday, February 21.

Nominations for the 89th Academy Awards

Performance by an actor in a leading role

Performance by an actor in a supporting role

Performance by an actress in a leading role

Performance by an actress in a supporting role

Achievement in makeup and hairstyling

Best motion picture of the year

ABOUT THE ACADEMY
The Academy of Motion Picture Arts and Sciences is a global community of more than 7,000 of the most accomplished artists, filmmakers and executives working in film. In addition to celebrating and recognizing excellence in filmmaking through the Oscars, the Academy supports a wide range of initiatives to promote the art and science of the movies, including public programming, educational outreach and the upcoming Academy Museum of Motion Pictures, which is under construction in Los Angeles.

Macklemore and Kesha Performance Announced Presented by T-Mobile at the “2018 Billboard Music Awards”!

Tips for Matching a Wedding Band To an Engagement Ring 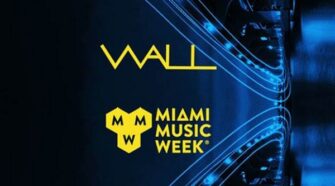