The InterContinental® Miami Make-A-Wish® Ball will be celebrating its 25th anniversary on Saturday, November 2, 2019 with the most monumental celebration yet! In the last 24 years, the Ball has raised an impressive $26 million, granting more than 5,200 life-changing wishes, becoming one of Miami’s biggest charity and society events of all times. In honor of the Ball’s silver anniversary, we’ve highlighted the best of the 25 years, including themes, celebrities and wishes granted.

“Go big or go home” is the barometer the Three Amigos —Chairman of the Board Emeritus of Make-A-Wish® Southern Florida and Founder of Chairman’s Challenge Society Shareef Malnik; President and CEO of Make-A-Wish® Southern Florida, Norman Wedderburn; and InterContinental® Miami General Manager and Gala Host Robert Hill— abide by when conceptualizing each year’s theme. With enchanting themes including the Black and White Party of the Century (which featured Joan Jett & the Blackhearts), OZ Reimagined (which created new tales for Emerald City), L’a Nuit De L’Animal (which features an elaborate and interactive procession) and last year’s Summer of Love (inspired by freedom, love, and music), each concept was intended to be more grand than the last in production, entertainment and execution.

The Ball’s 25th year will reign supreme with its Masterpiece theme. Celebrity emcee, actress and filmmaker Gabrielle Anwar returns for the 9th year. Loosely inspired by hit series Game of Thrones, this spectacular event concept will welcome guests into an epic journey in a fantastical realm of the cultural arts broken down into ten noble houses: House Queen and House Ziggy Stardust (music); House Valentino and House Westwood (fashion); House Casablanca and House Fellini (film); House Fosse and House Ailey (dance); and House Basquiat and House Carvaggio (art). One house will win the Code of The Oculus. Let the games begin!

The star-studded celebration has featured the highest caliber, Grammy Award-winning headliners, including John Legend, Lenny Kravitz, Diana Ross, Marc Anthony, and Adam Lambert. It is not a surprise why celebrities come from far and near to partake in the glamorous event. Previous years’ notable attendees include Kim Kardashian, Scottie Pippen, Adrien Grenier,  Serena and Venus Williams, Paula Abdul and Pamela Anderson, to name a very few.

The Ball’s mission of raising funds to grant the wishes of children with life-threatening illnesses is paramount before all the glitz. Reminiscing on the most memorable wishes granted, the Three Amigos share their top three favorites (in no particular order) throughout the 25 years:

Andreina was diagnosed with short-rib syndrome when she was born and had been battling with it her entire life. For years, she had wanted to personally meet Pope Francis; she wrote to him often asking him to keep her in his prayers and even tried to meet him in person years prior, but sadly it didn’t work out. With the help of Make-A-Wish Southern Florida, Andreina packed her bags and flew to Italy with her Mother and grandmother to meet the Pope. Fulfilling this life-long dream gave Andreina hope for a brighter future.

Caroline’s wish was to meet  professional surfer Bethany Hamilton, with whom she had a “gnarly” connection. They both were born in Hawaii, love to surf and have triumphed over personal tragedy. Caroline’s dad even treated Bethany in a hospital after her shark attack, teaching her to tie her shoe with one hand. These strong similarities were why Caroline, who has a nervous system disorder, wished to meet and surf with Bethany in Hawaii. After arriving at her birthplace, Kauai, Caroline went to a surf camp where she was given a personalized surfing lesson with Bethany’s coach, followed by a day in the ocean with Bethany and other pro surfers at the Make-A-Wish® Hawaii Surf Camp. At the luau that night, she was gifted with her very own ukulele where Caroline got to spend some quality time with Bethany at a meet-and-greet. To top it off, Caroline watched Soul Surfer, the movie inspired by Bethany’s story, as Bethany’s brother gave live commentary about each scene. Hearing how Bethany overcame life’s obstacles brought a smile to Caroline’s face, knowing she too could do the same.

Happiness is a warm puppy. Brandon, an 8-year-old with a blood disorder, wished to have an English Cream Golden Retriever, as he always wanted to have a puppy of his own. Before his new best friend’s arrival, he named him “Cooper Lyric.” He was presented with his surprise wish at the InterContinental® Miami in honor of Robert Hill, who was receiving  the Norm Wedderburn Excellence in Leadership Award. A gift that kept on giving, Cooper was always there to put a smile on Brandon’s face when the child was down or overwhelmed with his medical battle.

Young philanthropists, millennials and fashionistas put their partying towards a good cause at the InterContinenal® Miami Make-A-Wish® Ball Nightclub by E11EVEN Miami. Kicking off the Ball’s after party is the traditional themed-runway show ranging from 50-70 couture looks, including looks by Giorgio Armani, Alexander Wang, Ralph Lauren, Balmain, Off-White and more. Continuing the fun into the wee hours of the night, the after party presented by E11EVEN Miami has featured acclaimed artists including Snoop Dogg, Wyclef Jean, DJ Irie and more.

GANNI “ASK ME ANYTHING” WITH DITTE REFFSTRUP, TALK OF TOWN Ep.03, SS22| GANNI

Lexus is the Official Automotive Sponsor for Design Miami 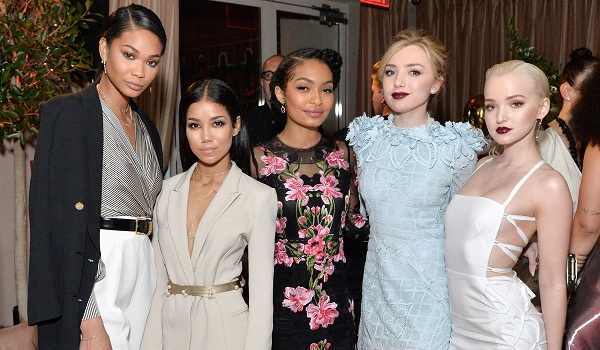