From Venice to Boca Raton for the 2021 U.S. Premiere of Glasstress 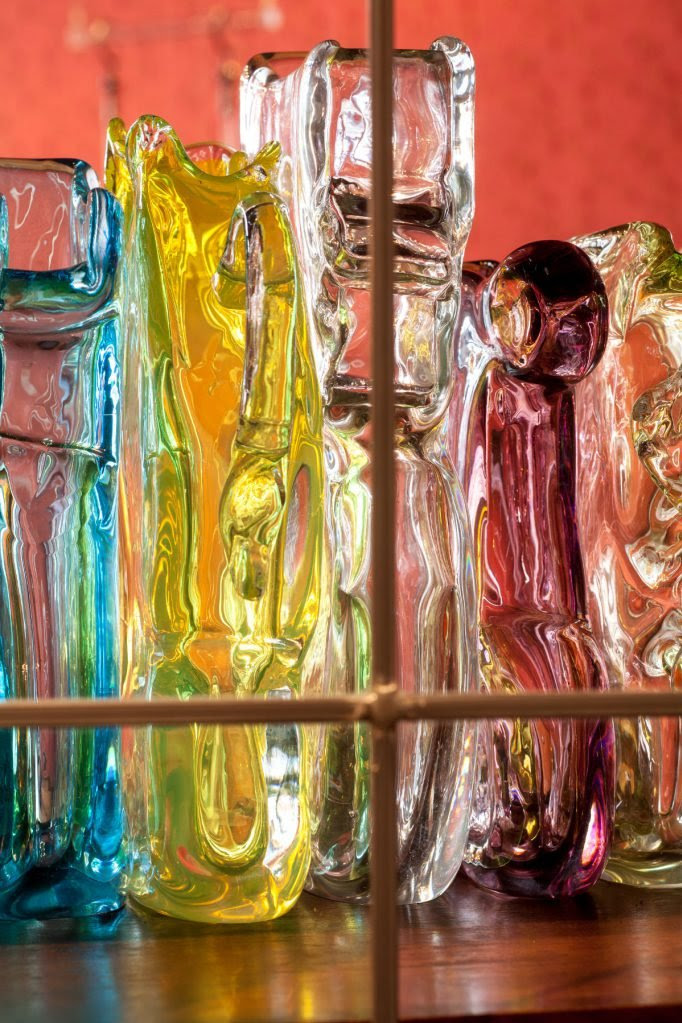 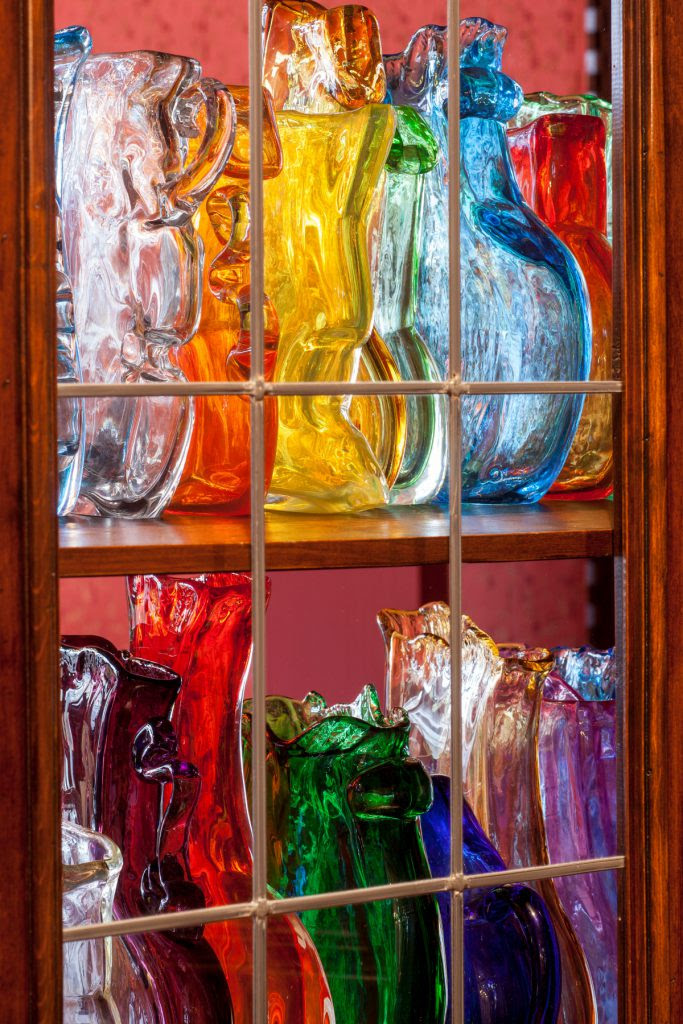 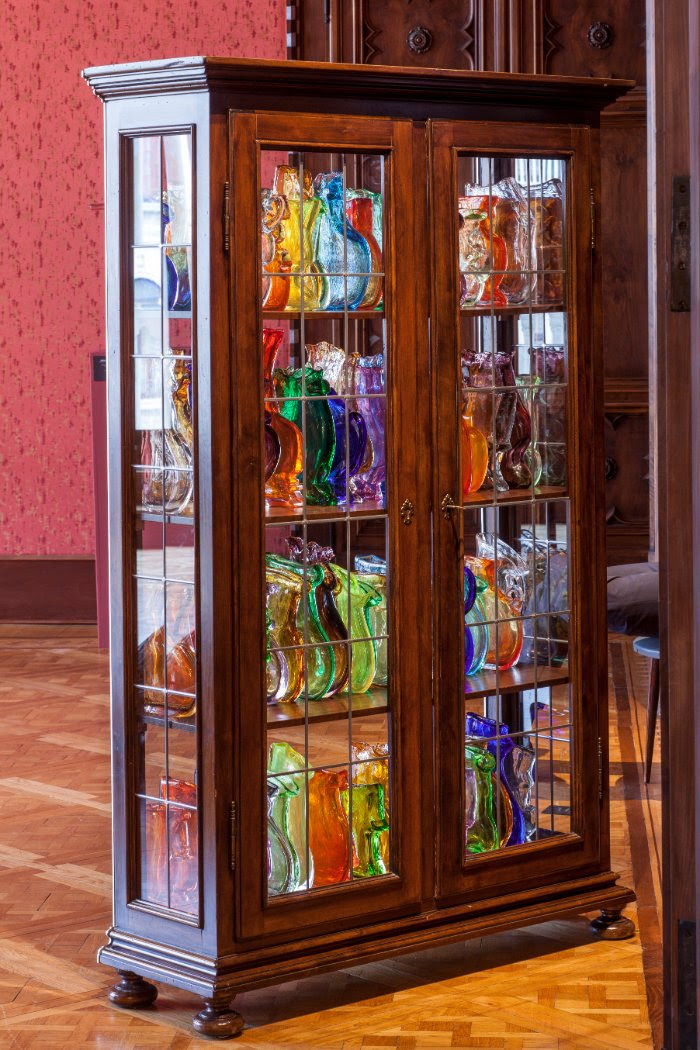 “There is every reason this year to have a world view,” says Irvin Lippman, the Boca Raton Museum of Art’s Executive Director, as South Florida boldly ushers in the new year with the national premiere of Glasstress 2021 Boca Raton.

“Three years in the making, with 2020 being such a challenging year to coordinate an international exhibition of this size and scope, the effort serves as an important reassurance that art is an essential and enduring part of humanity.”

“This is also a tribute to the resilience of Venice’s surviving the floods and continuing to make art through the pandemic,” adds Irvin Lippman.

Most of these works in glass have never been seen elsewhere and were handpicked by Kathleen Goncharov, the Museum’s Senior Curator who traveled to Italy in 2019.

The new exhibition runs January 27 through September 5, 2021 and the Museum will feature online initiatives for virtual viewing. Watch the video below featuring interviews with some of the artists in the new exhibition.

The 34 artists in this new, never before seen edition of Glasstress were all invited by Adriano Berengo to work alongside his master glass artisans at the Berengo Studio on the island of Murano in the Venetian lagoon.

With incredible energy, the Studio has brought a new vision on how to stimulate today’s leading artists into thinking how the medium of glass can be made into dramatic and provocative works of contemporary art.

Most of these artists have, during their careers, been invited to participate in the Venice Biennale.

Some of the works were created during the pandemic lockdowns, with artists collaborating remotely via Zoom with their glass artisan partners after initial on-site work at the studio in Venice.

“Unlike the past and the present, what comes next for our world presents itself as constant possibility, always transforming as we move forward in time,” says Adriano Berengo. “This concept of transformation has always held an affinity with glass, a medium which – as the name Glasstress suggests – exists in a state of constant tension. Life needs tension, it needs energy, and a vibrant exchange of ideas.”

The exhibition presents 34 new works that explore some of today’s pressing subjects, including human rights, climate change, racial justice, gender issues and politics. The Boca Raton Museum of Art has dedicated more than 6,500 square feet of exhibition space to this collection. A fully illustrated catalogue is also available. 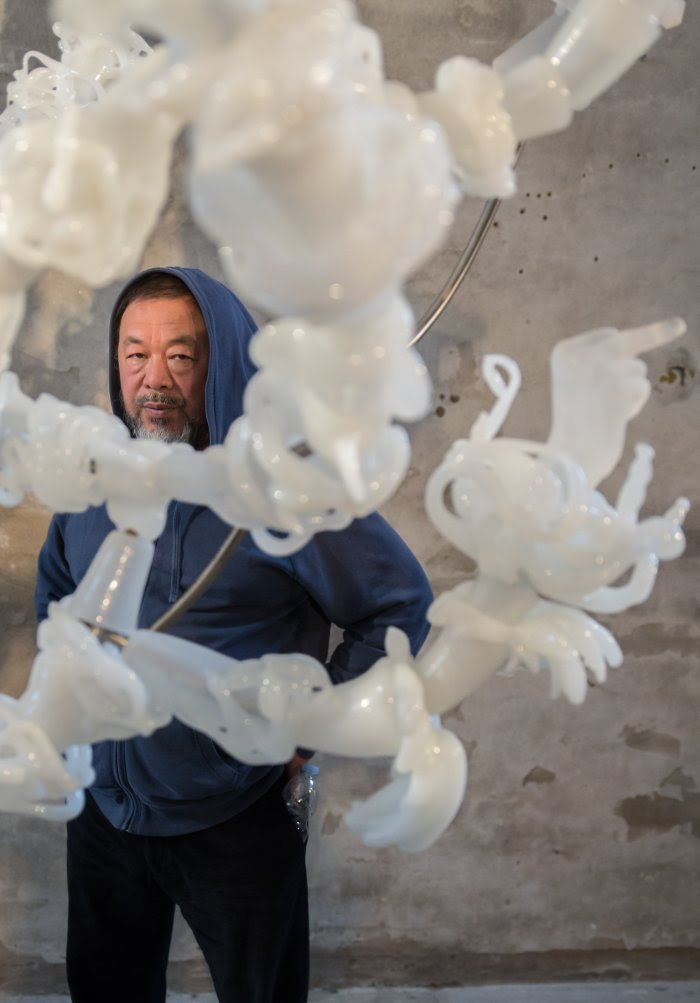 Ai Weiwei at the Berengo studio in Venice, next to his glass sculpture Blossom Chandelier. The large-scale installation bursts with unexpected shapes emanating from white glass flowers to surprise the eye: menacing handcuffs, twitter birds, security cameras, and the artist’s hands flashing his middle finger (the latter is his angry response to the Chinese government that imprisoned him). Photo by Karolina Sobel.

The mission of Glasstress is to restore the visibility and reputation of Murano glass, after decades of closures of ancient, centuries-old glass furnaces. Instead of creating decorative objects with glass, these artists are invited to create original works, often on a massive scale.

They collaborate with glass masters whose expertise has been developed over generations in Venice. Most of these artists have never worked with glass, so they unite their artistic ideas with the technical expertise of their skilled collaborators.

The results are breathtaking. The first installation visitors to the Museum will encounter is Sala Longhi by Fred Wilson. He created this series at Berengo Studio after the Biennale exhibited his work about Black residents of Venice from the Renaissance to the present.

This installation features an ornate white chandelier with 29 glass panels that mirror 18th-century Venetian artist Pietro Longhi’s paintings. Instead of canvases, Wilson shows the viewer only the whites of the eyes of his Black subjects through cutouts in black reflective glass. 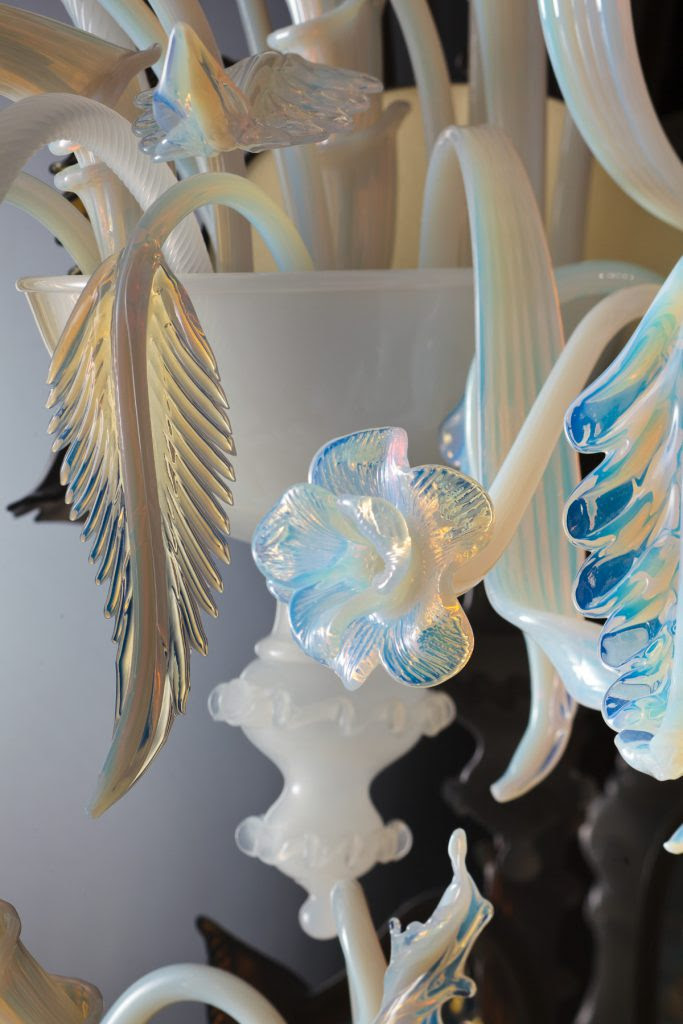 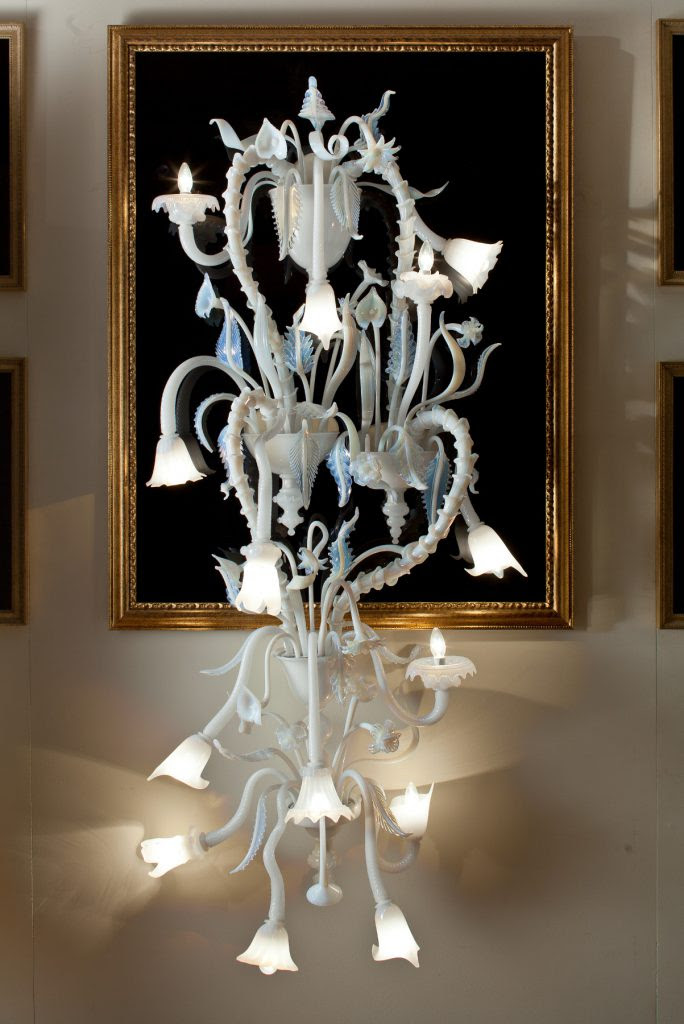 “We have brought Glasstress to countries around the world for ten years, seeking to expand and enliven international awareness of the variety and richness of contemporary artists using glass in their creative practices,” adds Adriano Berengo.

“In the past, its place in the art world might have seemed uncertain. But now in this latest edition of Glasstress, the first after a global pandemic, one thing we know for certain: glass endures. Life is fragile, just as glass is fragile, yet in this fragility there is also strength.”

“It is in this spirit of experimentation that Glasstress Boca Raton 2021 explores the limitless potential of glassblowing. “We realize how far we have come as we approach the 60th anniversary of the American studio glass movement that launched in 1962 through the efforts of Harvey Littleton and Dominick Labino,” adds Irvin Lippman. “This presentation of Glasstress is also a tribute to them.”

This show also unveils the Museum’s new acquisition for its collection, created in the Berengo Studio – Glass Big Brother, a sculpture by Song Dong, one of contemporary Chinese art’s leading figures.

“Certainly, this chandelier sculpture by Song Dong with its glass-blown surveillance cameras, is both poetic and poignant,” says Irvin Lippman. “It was commissioned by the Museum to hang in our new Wolgin Education Center front windows that face pedestrians walking across Mizner Park.”

The large-scale ceiling installation is 11 feet long and reaches all the way to the floor. Thirty surveillance cameras are ensconced from top to bottom, looking out at all directions around the chandelier.

The installation Rosemarie’s Divorce, by Renate Bertlmann, unites aspects from Rosemarie’s Baby (1983), her multi-part installation about the ambivalent relationship between mother and child, and Discordo Ergo Sum, a field of knife-roses she exhibited at the Venice Biennale in 2019.

The monstrously enlarged glass pacifier is an image she has used since the mid-1970s referencing sexuality and motherhood. It is flanked by two knife-roses made of deep black glass.

Her visits to sadomasochist nightclubs with Gay male friends are the inspiration for Bonded.

She won the prestigious Golden Lion award at the 1999 Venice Biennale. 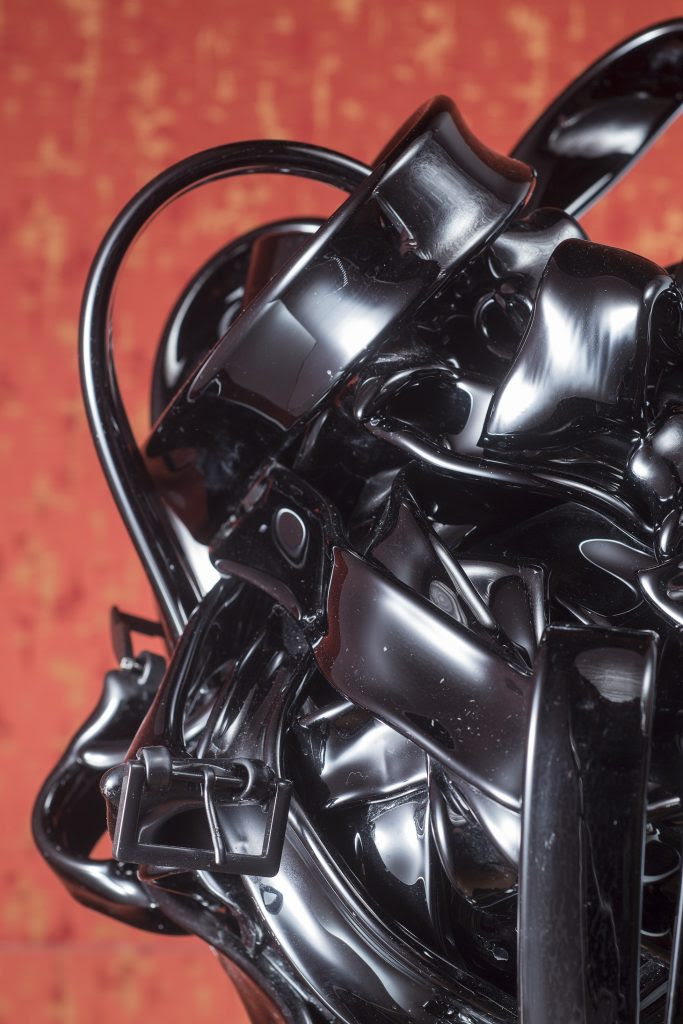 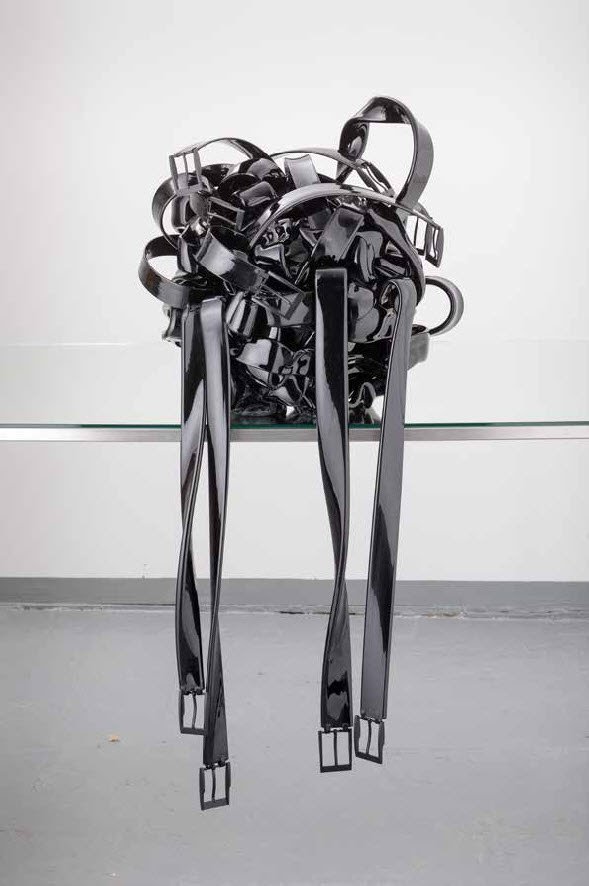 DNA HAS NO COLOR is a new statement from Nancy Burson that is a powerful work about the illegitimacy of racism.

This is a continuation of the project that Zaha Hadid commissioned Burson to develop for the London Millennium Dome.

Burson is known for biology-related work, including her use of cutting edge facial morphing technology for art that shows what individuals would look like as a different race.

The Pandemic Oculus, (2020), by Tim Tate, whose work explores the worlds of loss, memory, recovery, and hope.

As an HIV-positive man, he lived through the worst of the AIDS epidemic during the 1980s and 1990s, and now through the current pandemic.

In the Museum’s exhibition catalogue, the artist states that Pandemic Oculus also honors the many unsung heroes around the world: nurses, teachers, essential employees, grandparents caring for children so that parents can work, and so many more.

Tate is the co-founder of the Washington Glass Studio in Washington, DC. He is also the co-moderator, along with William Warmus, of the 21st Century Glass group on Facebook, which has shared and discussed over 10,000 images of sculptural glass from around the world.

creating a poignant cultural commentary throughout his career.

Wurm produced this triad in cold hard glass at the Berengo Studio. They are smaller versions of the massive bronze sculpture of a hot water bottle with legs, Big Mutter, that he created for the Venice Biennale in 2020.

In the exhibition catalogue, the show’s curator Kathleen Goncharov describes these “mothers” as neither warm nor comforting . . . their stubby little legs imply flight when called upon to be caregivers. 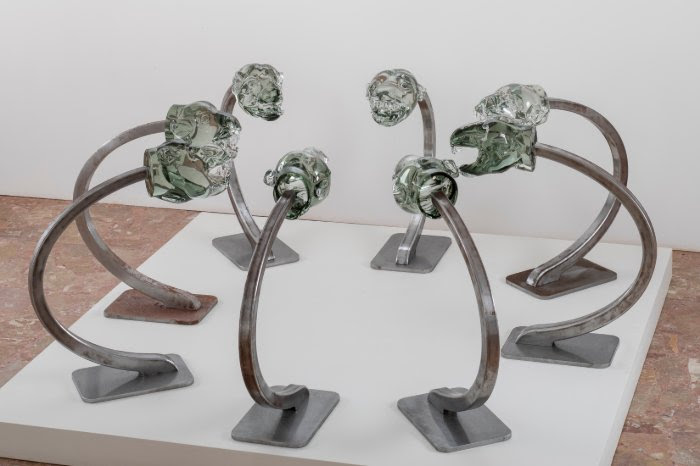 At the Berengo Studio, Jimmie Durham created a series of eight giant cougar heads suspended on metal armatures. Caught in suspension as they gaze at one another, their collective roar remains frozen between them.

The cougar is one of the most sacred animals in Cherokee mythology, and the influence of Native-American culture vs. Western rationalism is evident in his work.

The artist’s long trajectory includes his work during the civil rights movement and as a political organizer for the American Indian Movement. In 2019, Durham was the recipient of the Golden Lion for Lifetime Achievement award at the 58th Venice Biennale.

In the Museum’s exhibition catalogue, curator Kathleen Goncharov describes Prune Nourry as no stranger to illness . . . her work always dealing with science and bioethics from a feminist perspective, a focus that has intensified since her breast cancer diagnosis in 2018.

At the Berengo Studio, she created River Woman, a transparent skeletal sculpture based on an anatomical drawing of the human vascular system.

While its form may be human, the arteries resemble rivers, streams and trees that suffer in their own way too, from human abuse rather than disease.

Ugo Rondinone represented his home country in the Swiss Pavilion at the 52nd Venice Biennale (2007).

In this work, the twelve glass horses cast in beautiful shades of blue all face different directions, creating delicate light games with their reflections and shadows in continuous motion.

In the context of this installation, the reappearing motif of a horse (which has a long tradition in the history of art), evokes alienation and a subversive twist emblematic of Rondinone’s works.

While its form may be human, the arteries resemble rivers, streams and trees that suffer in their own way too, from human abuse rather than disease. 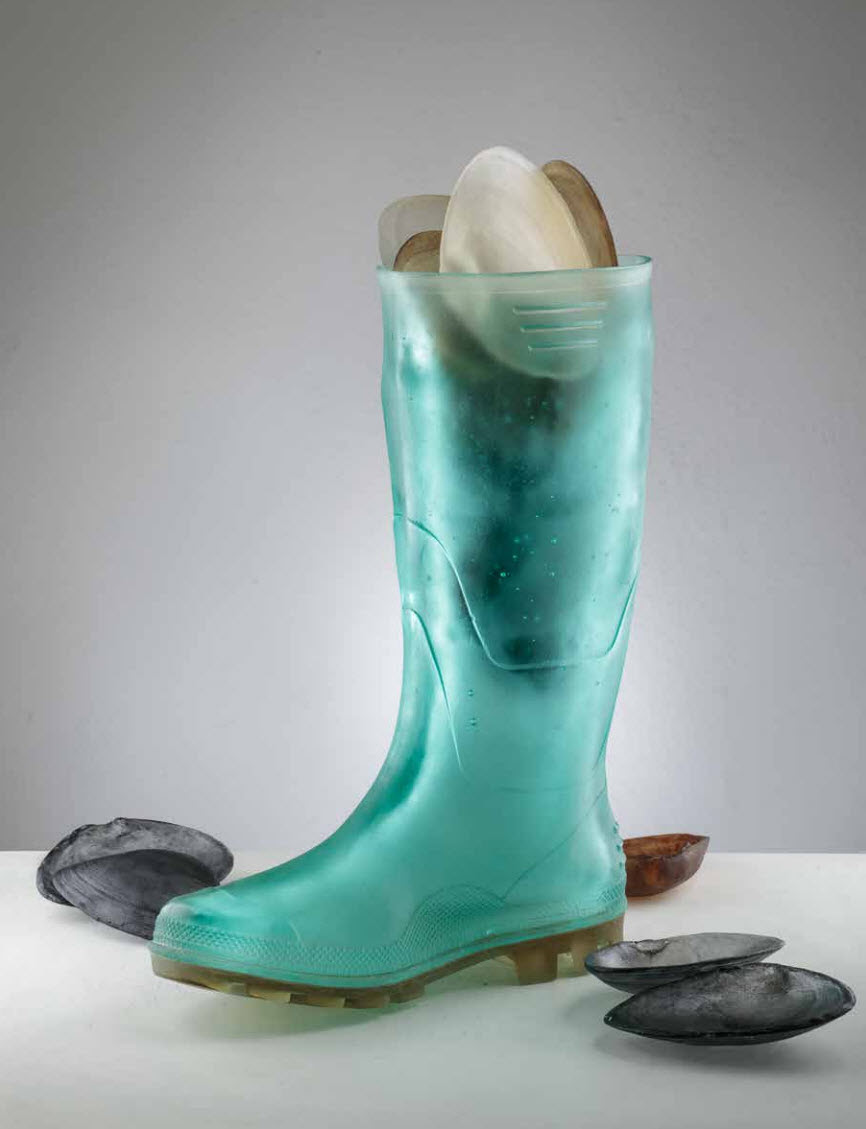 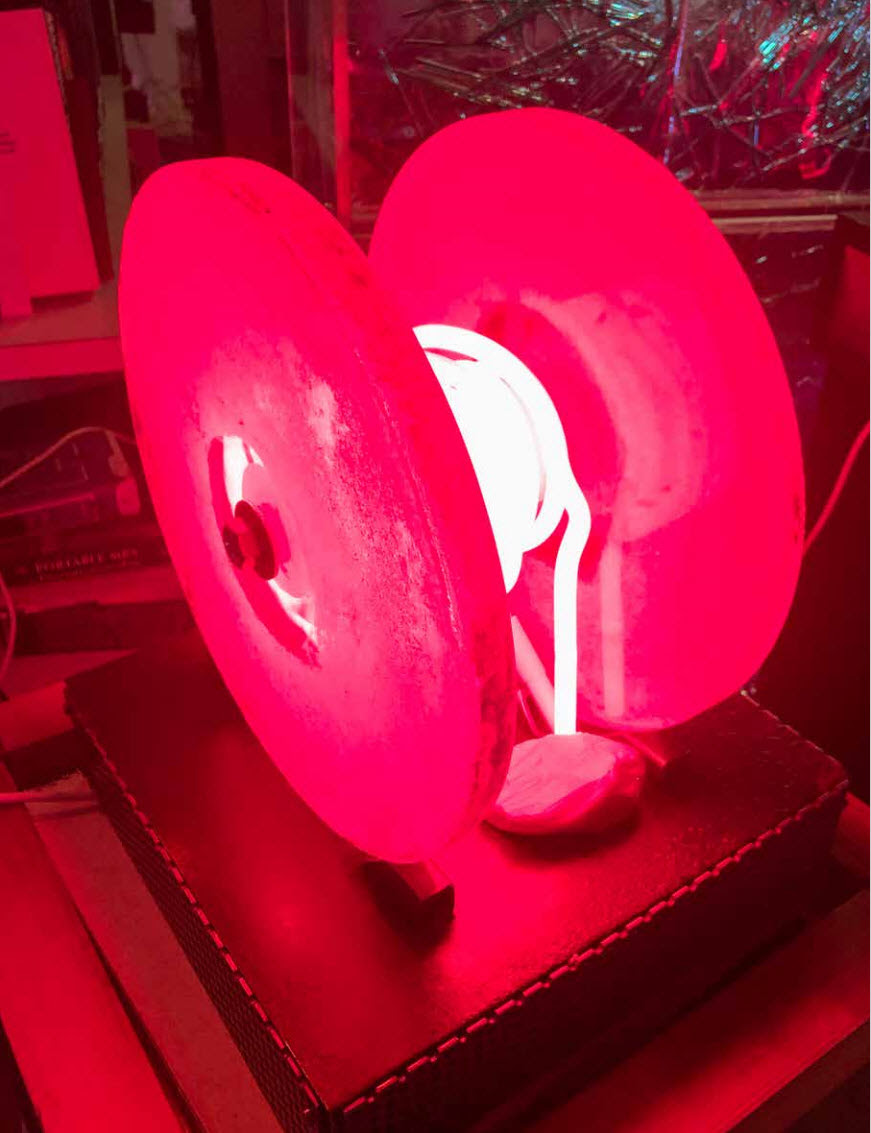 About the Boca Raton Museum of Art

Kicking off its eighth decade in 2021, the Boca Raton Museum of Art encompasses a creative campus that includes the Museum in Mizner Park and the Art School.

As one of South Florida’s cultural landmarks, the Museum has provided cultural and artistic service to the community, and to many visitors from around the world, since it was founded by artists in 1950.

She has been collected by major institutions across the U.S., including the Smithsonian Museum of American Art (Washington), the Getty Museum Research Center (Los Angeles), the Boca Raton Museum of Art, the Perez Art Museum (Miami), the Frances Lehman Loeb Art Center (NY), and by The Margulies Collection, among many others.

Fondazione Berengo was founded by Adriano Berengo in 2014 as a cultural institution consolidating and strengthening his mission of marrying the Muranese glass-making tradition with contemporary art.

The foundation seeks to achieve this goal through educational initiatives and an interdisciplinary program of exhibitions and special projects in collaboration with internationally acclaimed artists, designers, and architects.

In 2016, it sponsored the first retrospective of the late Dame Zaha Hadid. In 2017, Fondazione Berengo, forged a partnership with the European Institute for Human Rights and Democracy to explore ways to use art to raise awareness of human rights issues – www.fondazioneberengo.org.

A true Venetian, Adriano Berengo lives and works in Venice. He holds a foreign languages degree from Ca’ Foscari University (Venice) and specialized in comparative literature in a state university in New York.

Adriano Berengo is the visionary behind Fondazione Berengo, Glasstress, and the glass factory Berengo Studio 1989 which is celebrating its 30th anniversary.

Following in the footsteps of Egidio Costantini and Peggy Guggenheim who introduced outstanding artists such as Pablo Picasso and Marc Chagall to Murano glass, Berengo has been championing the innovative use of glass as a medium in contemporary art for 30 years by inviting more than 300 artists to work with the glass masters in Murano.

Next Valentine's Best Tips from the HOMI Fashion and Jewels' Community 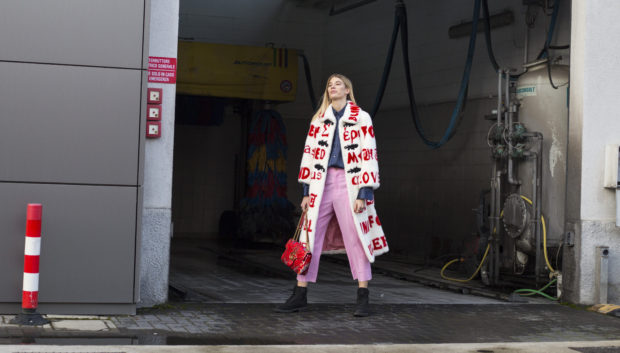