TUNE IN TO WATCH THE

Moving Tribute To The Queen of Soul, Aretha Franklin

Tied with Drake For Most Nominations, Cardi B Set To Perform Her Hit Single

The Live Broadcast Will Air Tuesday, October 9th at 8:00pm ET on ABC

The “2018 American Music Awards,” the world’s largest fan-voted awards show where music enthusiasts watch their favorite artists and pop culture icons come together to honor idols, newcomers and record-breakers in the contemporary music scene, will celebrate 46 years of music live from the Microsoft Theater in Los Angeles on Tuesday, October 9, 2018 at 8:00pm ET on ABC.

YouTube Music is the presenting sponsor of the “2018 American Music Awards.”

Capital One ® Savor ® Card and Subaru of America, Inc. are sponsors of the “2018 American Music Awards.” Media partner is Cumulus Media/Westwood One.

For the latest American Music Awards news, exclusive content and more, be sure to follow the AMAs on social and join the conversation by using the official hashtag for the show, #AMAs.

11 Effortless Ways to Find Inner Peace and Be Your Happiest Self!

Top 10 Asian Models in the World 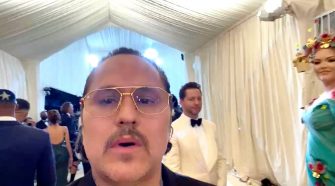