BRUNO MARS LED THE NIGHT WITH MOST WINS

P!NK & KELLY CLARKSON OPENED THE SHOW WITH AN EMOTIONAL PERFORMANCE

CHRISTINA AGUILERA BRINGS THE HO– USE DOWN WITH POWERHO– USE TRIBUTE

P!NK GAVE A DARING PERFORMANCE ON THE SIDE OF AN LA SKYSCRAPER

The “2017 American Music Awards,” the world’s largest fan-voted awards show where music enthusiasts watch their favorite artists and pop culture icons come together to honor idols, newcomers and record-breakers in the contemporary music scene, celebrated 45 years of music live from the Microsoft Theater in Los Angeles on Sunday, November 19, 2017 at 8:00pm ET on ABC.

Tracee Ellis Ross, star of ABC’s “black-ish,” was the evening’s host, bringing the audience laughs from the very beginning. The awards show was a special family affair, with Tracee and her family presenting the American Music Award for Lifetime Achievement to Tracee’s mother, music legend Diana Ross. Diana treated fans to a show-stopping performance of “I’m Coming Out,” “Take Me Higher,” “Ease On Down The Road,” “Best Years Of My Life” and “Ain’t No Mountain High Enough.” Ms. Ross stated “It’s all bout love,” as she accepted her award with her family by her side, and danced with her grandchildren during her epic performance.

Christina Aguilera took the stage to honor Whitney Houston and the 25th anniversary of The Bodyguard with an incredible homage, performing hit tracks “I Will Always Love You,” “I’m Every Woman,” “I Have Nothing,” and “Run To You.”

BTS made their U.S. debut with a performance that literally rocked the house, with screaming fans dancing in the aisles and singing along!

Other memorable moments included P!NK and Kelly Clarkson performing together for the first time with an emotional show opening singing “Everybody Hurts,” P!NK’s daring performance of “Beautiful Trauma” from the side of a Los Angeles sky scraper, Selena Gomez’s return to the American Music Awards stage and world television performance debut of “Wolves” with Marshmello, and unique collaborations from Alessia Cara and Zedd, Imagine Dragons and Khalid, Hailee Steinfeld and Alesso ft. Florida Georgia Line and watt, and Bebe Rexha ft. Florida Georgia Line with a special encore performance presented by Xfinity.

American Music Awards nominees are based on key fan interactions as reflected in Billboard Magazine and on Billboard.com, including album and digital song sales, radio airplay, streaming, social activity and touring. These measurements are tracked by Billboard and its data partners, including Nielsen Music and Next Big Sound. The eligibility period for the “2017 American Music Awards” was September 9, 2016 to September 14, 2017.

Bruno Mars, the winner of the AMA’s coveted “Artist of the Year” award will be offered his own full-time channel on SiriusXM in 2018, for a limited run. The artist-branded SiriusXM channel, created with and curated by the winning artist, will showcase the artist’s musical catalog, including their biggest hits, music from their favorite artists and more.

Sponsors for the “2017 American Music Awards” include Comcast’s Xfinity, Security Benefit and T-Mobile. Media partners include Cumulus Media/Westwood One and Music Choice. 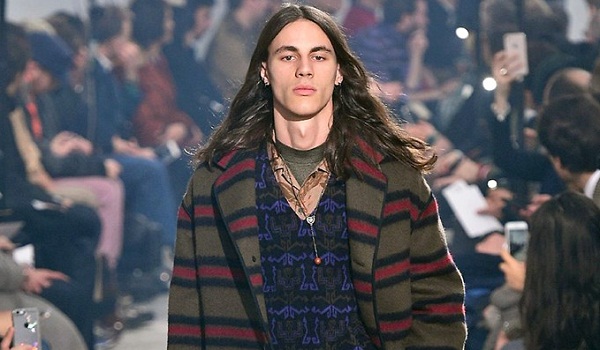