For First Time Ever, Fans Given Opportunity to Weigh In as Judge

This year, for the first time ever, fans worldwide will also have a say in who gets crowned MISS UNIVERSE®. With a virtual seat at the judging table, fans can vote on each category and help decide who walks away MISS UNIVERSE® 2015. Viewers will score each contestant on a scale of one to ten in swimsuits, evening gowns, and interviews. To vote, visit www.MISSUNIVERSE.com/vote via any desktop or mobile device during the live telecast. Additionally, fans will have the opportunity to submit a final question through Facebook which will be asked to one contestant in the interview portion.

Niecy Nash is an Emmy Award nominee and Emmy-winning producer, known for hosting and producing the popular home-makeover series “Clean House” and starring in “Reno 911.” Most recently, she starred in the first season of FOX’s hit horror-comedy series SCREAM QUEENS, and wrapped production on the acclaimed cable comedy “Getting On.” She also stars in the cable comedy “The Soul Man.”

As a student at Boston University, Olivia Culpo entered Miss Rhode Island on a whim and went on to win Miss Rhode Island, Miss USA and Miss Universe in 1.5 years. She was named the first winning contestant representing the United States in 15 years. Outside of her career in entertainment, Culpo serves as a spokesperson for HIV/AIDS awareness, an ambassador for PROJECT SUNSHINE and has traveled the world working with various charities in underdeveloped countries.

Emmitt Smith is a former college and professional football player who was a running back in the National Football League (NFL) for 15 seasons during the 1990s and 2000s. Smith played college football for the University of Florida, where he was a unanimous All-American. A first-round pick in the 1990 NFL Draft, he played professionally for the Dallas Cowboys and Arizona Cardinals of the NFL, and is widely considered to be one of the greatest running backs in NFL history. Following his professional football career, Smith appeared on “Dancing with the Stars,” winning the Fall 2006 season of the competition series.

Since launching the celebrity entertainment blog PerezHilton.com in 2004, Perez Hilton has created a media empire that spans across online, publishing, television, radio, music and live events. In addition to his blog, which has become one of the leading sources for celebrity news, amassing over 300 million hits a month, Hilton runs five additional digital properties focused on fashion, fitness, family, animals and a mobile app. On radio, Hilton is host to the twice-daily celebrity and entertainment news feature “Radio Perez” and most recently announced, the upcoming “Perez Nights Live.”

The MISS UNIVERSE® telecast is one of the most-watched events in the world, with distribution in approximately 190 countries and territories. Contestants from more than 80 countries will vie to become the next Miss Universe in this special programming event, which will conclude with current Miss Universe Paulina Vega of Colombia crowning her successor.

The Miss Universe Organization (MUO) uses its global grassroots reach to empower women to be self-confident and strive to be their personal best.  MUO believes that every woman should be “Confidently Beautiful.” The MISS UNIVERSE®, MISS USA® and MISS TEEN USA® beauty pageants provide an international platform through dedicated partnerships with charities, sponsors and brands around the world. During their reign, the titleholders are given the tools to personally and professionally enrich others by providing humanitarian efforts to affect positive change, all while developing their personal career goals. For more information, and to learn more about Miss Universe’s official cause to raise awareness for HIV/AIDS education and prevention around the world, please visit www.missuniverse.com.

IMG is a global leader in sports, events, media and fashion, operating in more than 25 countries. The company represents and manages some of the world’s greatest sports figures and fashion icons; stages hundreds of live events and branded entertainment experiences annually; and is the world’s largest independent producer and distributor of sports media. IMG also specializes in sports training; league development; and marketing, media and licensing for brands, sports organizations and collegiate institutions. In 2014, IMG was acquired by WME, the world’s leading entertainment agency.

Fox Broadcasting Company (FOX), a unit of 21st Century Fox, is home to some of the highest-rated and most acclaimed series on television, including EMPIRE, GOTHAM, THE LAST MAN ON EARTH, SCREAM QUEENS, ROSEWOOD, AMERICAN IDOL, NEW GIRL, BROOKLYN NINE-NINE, GRANDFATHERED, THE GRINDER, BOB’S BURGERS, THE SIMPSONS, FAMILY GUY and SLEEPY HOLLOW. FOX airs 15 hours of primetime programming a week, as well as major sports and Sunday morning news. Through the FOX NOW app, FOX viewers can watch full episodes of their favorite FOX shows on a variety of digital platforms, while enjoying enhanced interactive and social capabilities around those shows. Download the FOX NOW app at www.fox.com/foxnow. “Like” FOX on Facebook at www.facebook.com/FOXTV and follow the network on Twitter @FOXTV. For additional information about FOX, please visit www.fox.com. 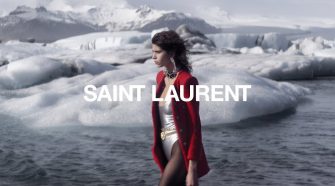